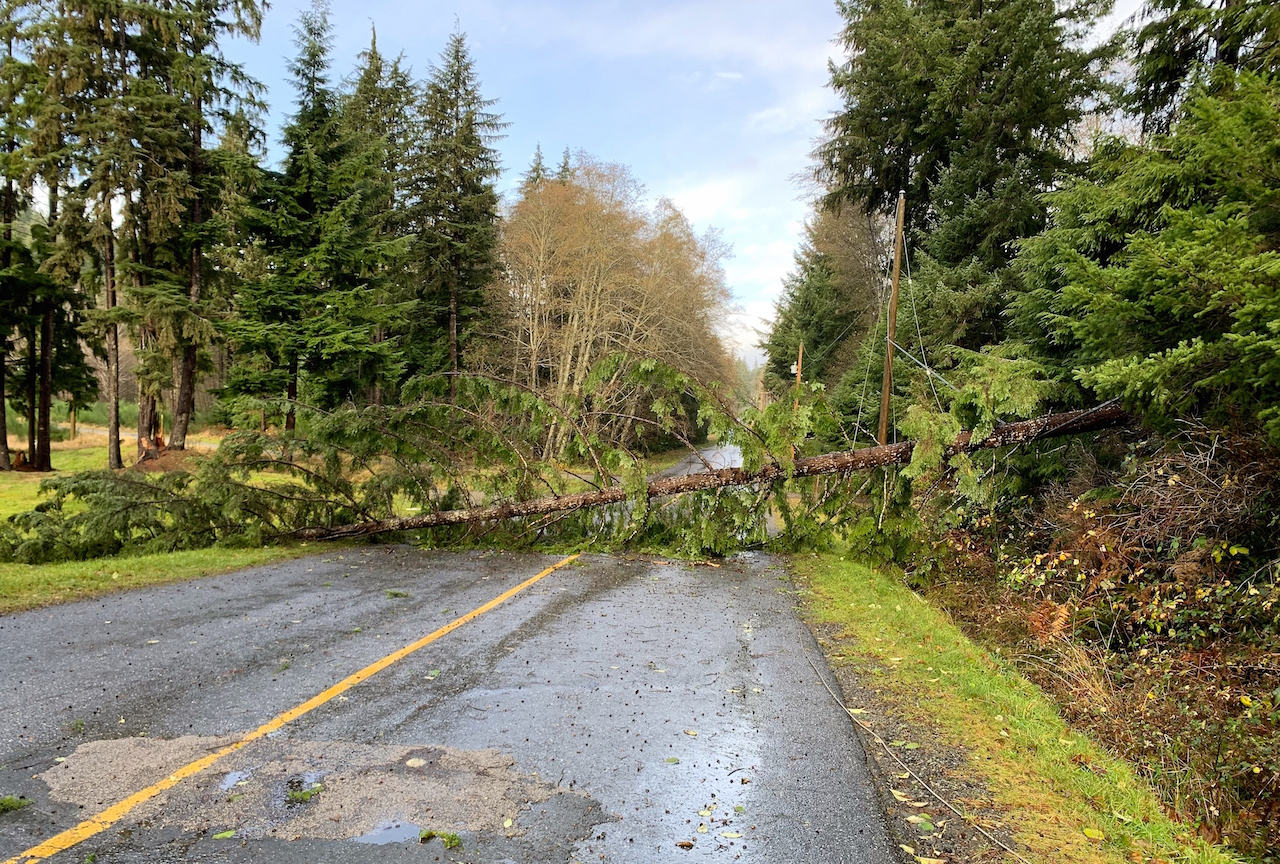 Social media channels were lit up by people awestruck by the strange weather they were seeing and hearing.

“It’s the season for thunderstorms in B.C. on the coast, but it is very unusual to get them on a warm front and along with snow. You don't hear about that very often,” Lundquist said.

“Even though it was a warm front, it was still really cold at the surface. And it was close enough to zero that precipitation came down as snow.”

Trees and power lines were downed, leaving at least 64,000 BC Hydro customers without power as winds gusting anywhere between 70 and 110 kilometres an hour hit the region, said Susie Rieder of BC Hydro at around 1 p.m. Tuesday.

The hardest-hit areas were the Lower Mainland and the Sunshine Coast, which experienced 68 outages affecting more than 32,000 customers, and north Vancouver Island, which had 71 outages with more than 27,000 households affected by midday, according to BC Hydro outage maps.

Environment Canada has issued wind warnings saying the storm caused by the low-pressure system off north Vancouver Island will head northwards across the Queen Charlotte Sound later in the afternoon, with winds gusting to a possible 110 km/h on exposed coastal areas before dying off.

BC Ferries cancelled multiple sailings on a number of routes for the first part of the day.

Campbell River was seeing temperatures of 12 C midday, up from 0 C during the thundersnow event the previous evening.

As winds ease after the system heads north and brings in a cold front, temperatures will drop to around 8 C in coming days, temperatures more typical along the south coast at this time of year, Lundquist said.

Rochelle Baker was standing too dangerously close to a downed HV power line when she shot the header picture.