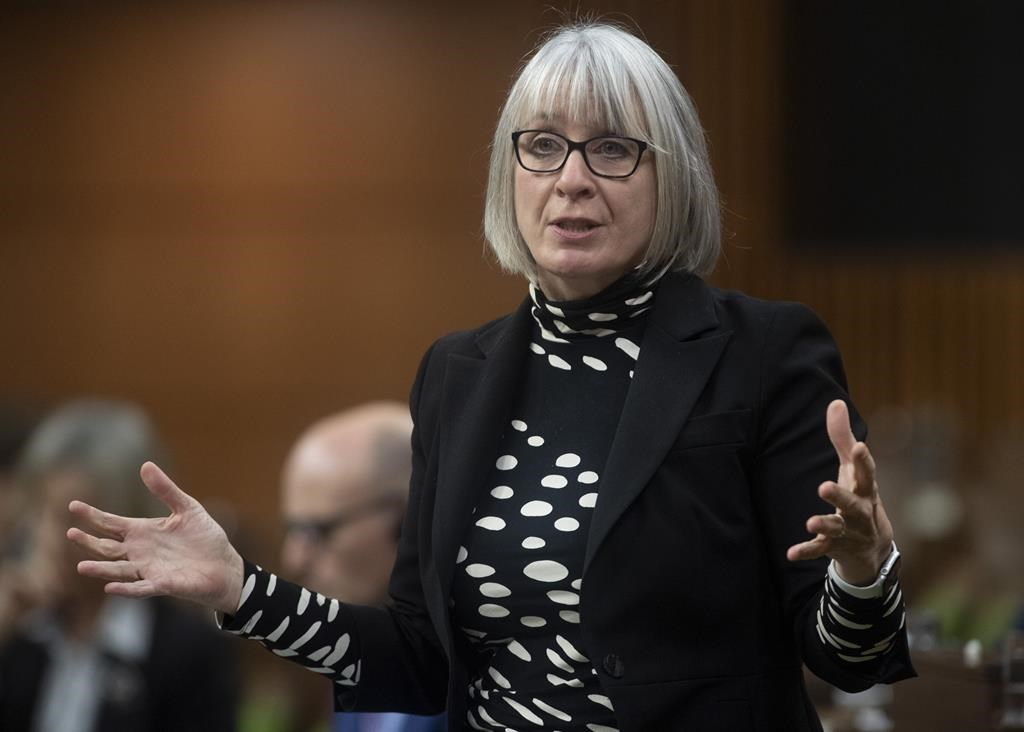 Minister of Health Patty Hajdu responds to a question during Question Period in the House of Commons on Tuesday, November 17, 2020 in Ottawa. File photo by The Canadian Press/Adrian Wyld
Previous story
Next story

She will be joined by former deputy public health officer Dr. Paul Gully and Mylaine Breton, who studies the organization of front-line health care at Université de Sherbrooke in Quebec.

The network, known commonly as GPHIN, was created more than two decades ago and helped flag both the SARS pandemic in 2003 and H1N1 flu in 2009, before either really exploded. It is a big part of the World Health Organization's work gathering intelligence on health concerns arising around the world, such as the Ebola outbreak in West Africa in 2014.

But its focus on international outbreaks of disease shifted in 2019 when the Public Health Agency of Canada adjusted the network's mandate to focus more on domestic matters.

Some experts have said that shift left Canada without much early intelligence or consistent warnings on the novel coronavirus as it emerged in China last fall.

Dr. Theresa Tam, the federal chief public health officer, has said GPHIN notified her last Dec. 31 of a mysterious cluster of pneumonia cases linked to a potentially new virus, and notified her provincial counterparts within days.

According to Chinese reports, that was just four days after Chinese authorities were notified by doctors in Hubei province about a SARS-like virus causing pneumonia — but a month after the first discussion of symptoms of an unknown virus began in China.

GPHIN's warning also was issued the day after a warning came from ProMED, a similar alerting system run by the International Society for Infectious Diseases.

At the end of October Tam said COVID-19 has provided many lessons for public health about the systems Canada had in place to respond to an emerging pandemic, what worked and what didn't, including as it relates to GPHIN.

"GPHIN is something that we should be proud of," Tam said, at a news conference releasing her annual report Oct. 28. "We need to think about what the next iteration of GPHIN looks like."

Hajdu said she ordered the review after scientists at the Public Health Agency of Canada said their concerns about GPHIN's priorities were not being heard by senior officials at the agency. She said the three panellists will report to her in the spring.

"I think that they will do an exemplary job at discovering why those decisions were made," Hajdu said.

Hajdu said a network like GPHIN is "a critically important tool for Canada."

"I think it's very, very important that we understand what happened and, furthermore, how we ensure that we build it up to to make sure it has the strongest potential to alert Canada to emerging health threats, both globally but also here domestically," she said.

Conservative health critic Michelle Rempel Garner said Hajdu doesn't need a review panel because the decisions to adjust GPHIN's priorities would not have been finalized without the minister herself signing off on the plan.

"Why did she sign off on it or who did?" said Rempel Garner. "I don't think we need an inquiry for that. We just need them to be honest."