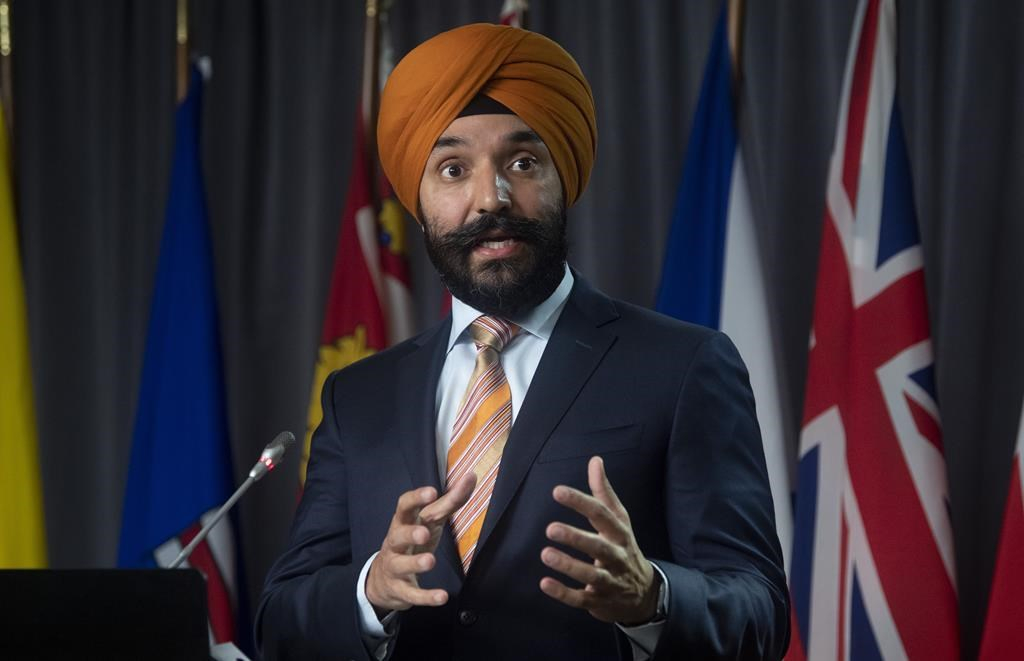 Innovation Minister Navdeep Bains introduced a bill this week aimed at giving Canadians greater control over their data and promising penalties for companies that run afoul of the rules.

But it did not heed long-standing calls from privacy and accountability advocates who want federal law governing personal information to explicitly apply to political parties.

Information about prospective voters is helpful to political parties for everything from door-to-door canvassing to shaping platforms.

In the age of algorithms and detailed databases, there are new concerns about how parties use such information to track and target people.

Bill Hearn, a lawyer for the Centre for Digital Rights, established by businessman and philanthropist Jim Balsillie, says the omission of political parties from the new Liberal bill is disappointing.

"They're missing a huge opportunity to do what most Canadians want," he said.

People are surprised when they find out political parties aren't explicitly covered by the federal Personal Information Protection and Electronic Documents Act (PIPEDA), the privacy law that applies to the private sector, said Dickson, a former member of the Alberta legislature who has also served as Saskatchewan's information and privacy commissioner.

"I think that Canadians have this expectation that when they deal with political parties — just as they have with banks and car dealerships and pharmacies — that their privacy is going to be respected and their personal information will be protected," Dickson said in an interview.

The digital rights centre is pushing for revision of PIPEDA to apply expressly to political parties, constituency associations, candidates and candidate nomination contestants.

Even now, the centre argues, the federal parties use and disclose the personal information they collect from Canadians for purposes a reasonable person would consider contrary to their respective privacy policies, a violation of the requirement under the privacy law that people give meaningful consent for what happens to their data.

The digital-rights centre plans to go to court if Therrien decides he lacks authority to investigate Dickson's complaint. Hearn expects a decision from Therrien soon.

The centre has also filed complaints with the federal competition bureau, the B.C. information and privacy commissioner, the federal telecommunications regulator and Canada's elections commissioner.

When queried about political parties and federal privacy law, John Power, a spokesman for Bains, noted the government is still reviewing the Privacy Act, which applies to government agencies and federally regulated companies such as banks and air carriers.

However, he did not respond when asked if it is the minister's view that the Privacy Act, not PIPEDA, would be the appropriate statute to cover political parties.

Experts call for transparency, oversight around how political parties mine data