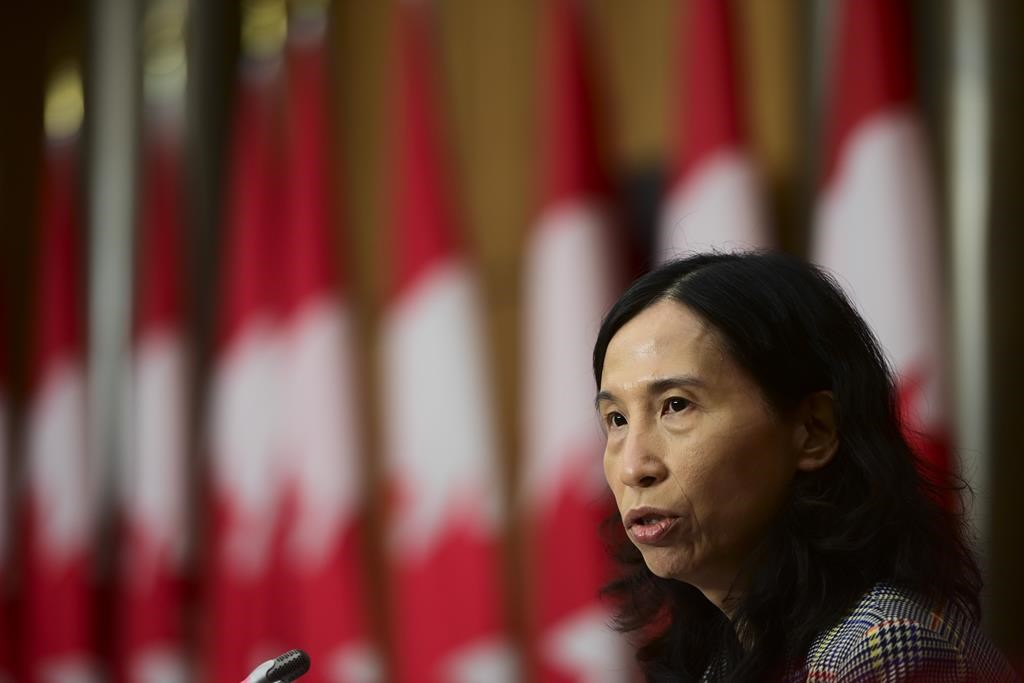 Prime Minister Justin Trudeau says Canada's future hangs in the balance if people don't reduce their contacts to rein in the spread of COVID-19.

Trudeau addressed reporters outside his home at Rideau Cottage — the site of his daily briefings during the first wave of the pandemic last spring — on Friday following the release of grim new forecasts suggesting that Canada is on track to see COVID-19 cases climb by 60,000 per day if socialization increases.

He says Canadians must do everything in their power to reverse this trajectory by staying home and reducing their contacts.

The prime minister acknowledged the growing fatigue Canadians face as the pandemic drags on, but says actions now could determine the country's fate for generations to come.

He also recognized the financial toll closures could take, and says his government his committed to helping businesses weather the storm.

But Trudeau says that lockdown measures are a better way to ensure long-term economic success than letting the spread of the virus continue unchecked.

"Absolutely do not go above what we have now," Dr. Theresa Tam told reporters. "Otherwise, we're really in trouble."

Dr. Theresa Tam says #COVID19 cases could skyrocket to 60,000 per day by the end of the year if Canadians increase their contact rates. #cdnpoli #COVID-19 #secondwave

If Canadians increase their contact rates going into the holiday season, COVID-19 cases could skyrocket to 60,000 per day by the end of the year, according to the modelling.

That would be a twelvefold increase from the current level of around 5,000 cases per day, which is already straining the health-care system in some regions.

Tam warned "the time is now" for Canadians to do everything to do reduce their contacts, saying it will take a combined effort on the part of individuals and public health authorities to bring infection rates down to manageable levels.

Tam said at current rates of contact, Canada is careening toward a surge of more than 20,000 cases per day by the end of December, with a commensurate increase in hospitalizations and deaths.

Tam pointed to Western European countries confronting COVID-19 resurgences as a cautionary tale of where Canada could be heading, and what it will take to douse the wildfire spread of the virus.

Countries such as France and Belgium are starting to curb massive cases increases and surging hospitalizations after closing non-essential businesses and limiting outings to the necessities, said Tam.

She noted that several provinces, such as Manitoba, have implemented tougher restrictions in recent days, saying authorities will hopefully see the rewards of those measures in the weeks to come.

Currently, Tam said an average of 4,800 cases are being reported daily — an increase of about 15 per cent from last week.

Some hospitals have postponed important medical procedures, said Tam, and some intensive care units are near or at capacity.

The models suggest the percentage of people testing positive has increased to about 6.5 per cent, above the World Health Organization's benchmark of five per cent.

Tam said this could indicate that Canada is not testing enough, and is a clear sign that the spread of the virus is accelerating.

Still, Tam said that amounts to less than one per cent of the population that has tested positive, meaning the vast majority of Canadians are still susceptible to infection.