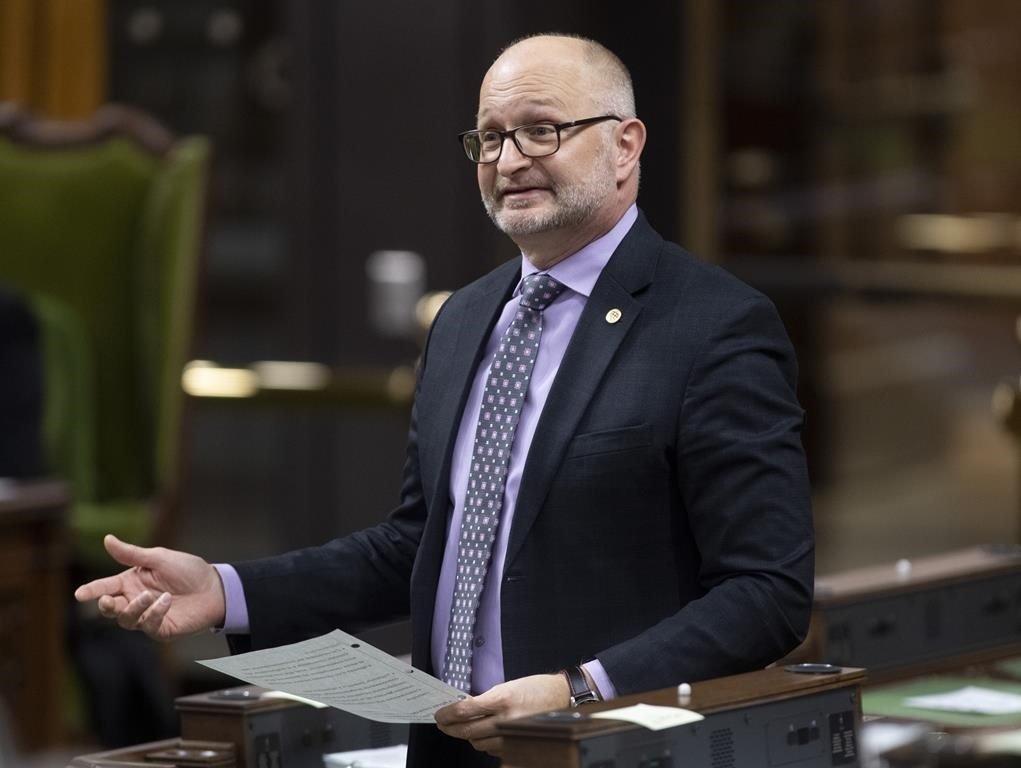 Justice Minister David Lametti responds to a question during Question Period in the House of Commons, in Ottawa, Thursday, Nov. 19, 2020. File photo by The Canadian Press/Adrian Wyld
Previous story
Next story

The federal bill revising the rules on medically assisted death in Canada has raised the ire of the Canadian Psychiatric Association over the proposed law's explicit rejection of mental illness as grounds for ending a patient's life.

The federal government maintains that denying Canadians with debilitating mental illnesses the right to medically assisted death is simply a matter of continuing a prohibition that already exists in the law.

In fact, a small number of Canadians suffering solely from severe, irremediable mental disorders have received assisted deaths during the four years the procedure has been legally available.

The government is now proposing to expressly exclude such people as it amends the law to expand eligibility for everyone else.

Some psychiatrists say that stigmatizes people with mental illnesses, minimizes their suffering and reinforces the myth that they could be cured if they just tried harder.

What's more, they believe the exclusion violates Section 15 of the Charter of Rights and Freedoms, which guarantees equal treatment under the law regardless of physical or mental disability.

Under Bill C-7, a mental illness will "not be considered an illness, disease or disability" for the purpose of the assisted-dying law.

"Explicitly stating that mental illness is not an illness, disease or disability … is inaccurate, stigmatizing, arbitrary and discriminatory."

The bill is the government's response to a 2019 Quebec court ruling that struck down a provision in the law that allowed only those whose natural deaths are reasonably foreseeable to seek medical help to end their suffering.

Justice Minister David Lametti has suggested that, until now, the foreseeable-death provision prevented people suffering solely from mental illness from receiving an assisted death. And the statement issued by his department on the charter implications of the bill explicitly asserts that "the bill would continue to prohibit" assisted deaths in such cases now that the near-death requirement is being scrapped.

That assertion incenses Vancouver psychiatrist Dr. Derryck Smith, who has personally been involved in two cases where people suffering solely from severe mental disorders received medical help to end their lives. And he says he knows of other similar cases.

The assertion "is absolutely false and misleading," Smith said in an interview.

One of the cases Smith took part in involved a woman of about 40 years old who suffered from a "severe, intractable eating disorder" and was intending to starve herself to death if she did not receive medical help to end her life.

To now deny someone like her the right to seek an assisted death is "such a flagrant violation of Section 15 of the charter, it's unbelievable that they could continue with this," Smith said.

"I mean, this is discriminating against a class of Canadians."

The Justice Department's charter statement on the bill acknowledges that the exclusion "has the potential" to violate charter rights.

But it argues that it is a reasonably justifiable limit on those rights based on "the inherent risks and complexity that the availability of MAID (medical assistance in dying) would present for individuals who suffer solely from mental illness."

Those risks include, as Lametti told the House of Commons last month, "that the trajectory of mental illness is more difficult to predict than that of most physical illnesses, that spontaneous improvement is possible and that a desire to die and an impaired perception of one's circumstances are symptoms, themselves, of some mental illnesses."

The course of some physical illnesses can be unpredictable. Physically ill people can spontaneously improve or become suicidal. Their capacity to consent can be compromised. But whereas doctors weigh those factors in assessing whether each individual with a physical condition is eligible for MAID, Gupta says Bill C-7 is telling all people with mental illnesses "you're not even allowed to ask, you're not even allowed to be assessed."

If a person with bipolar disorder and renal failure is deemed to have the capacity to make end-of-life decisions, she says it "doesn't really make a lot of sense" to say someone with only bipolar disorder does not.

She suspects myths about mental illness — "that it reflects a character failing, that somehow it's transient or not real" — are behind the exclusion in Bill C-7.

As well, she suspects politicians are likely worried about someone who is "depressed after a bad divorce" seeking an assisted death. They have no conception of the kind of unbearable suffering "a very, very small group of people" with severe psychiatric conditions go through and who would be most likely to qualify for an assisted death.

Gupta shares the story of a patient in her hospital, a man in his 60s with lifelong obsessive-compulsive disorder. Although he was initially reasonably functional, had a job and got married, his condition deteriorated in his 40s, manifesting in a "very, very severe handwashing obsession" that caused him to be depressed and suicidal.

He has been hospitalized many times and the water had to be turned off in his room "otherwise he would have literally destroyed the entire skin barrier of his hands from repeated washing."

Gupta says the man has tried all pharmaceutical options and intensive in-patient psychotherapy, undergone electroconvulsive therapy twice and several rounds of transcranial magnetic stimulation, and been given intravenous ketamine and even "experimental deep brain stimulation which was provided entirely on compassionate grounds because there was really nothing else to offer."

"Nothing has helped him. In the words of his treating psychiatrist, it's been a total failure," Gupta said.

The man, who must now live in an institutional setting, has thought about assisted dying and talked about it at length with his partner, who is supportive. He's not asking for it now but, Gupta said, "He wants to know that it's an option."

But now, she said, the government is telling him, "for your own good, because you're too vulnerable to know what you're doing, we won't even let you make a request."

This report by The Canadian Press was first published Nov. 22, 2020.