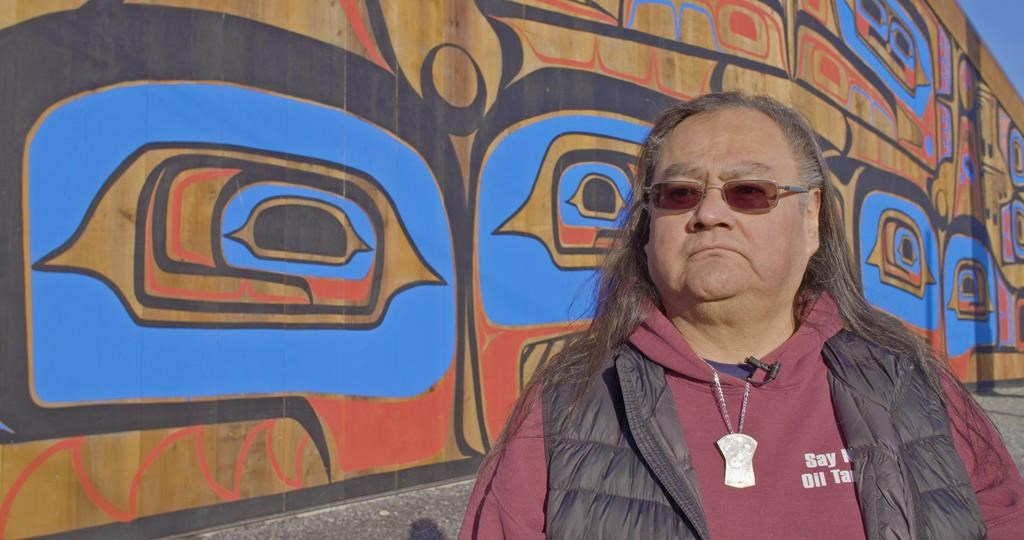 Maxwell Johnson is seen in Bella Bella, B.C., in an undated photo. Handout photo by The Heiltsuk Nation/Damien Gillis
Previous story
Next story

An Indigenous man from British Columbia has filed complaints with the BC Human Rights Tribunal and the Canadian Human Rights Commission after he and his granddaughter were handcuffed when they tried to open a bank account.

Maxwell Johnson's complaint says both he and his 12-year-old granddaughter were detained last December by Vancouver police officers when they tried to open an account at the Bank of Montreal using their Indigenous status cards.

His complaint alleges that the bank called 911 over an identification issue because they are Indigenous, while it accuses the police of racial profiling that led to their detention and the use of handcuffs.

Johnson released details of the human rights complaint in a news release issued on the website of the Heiltsuk First Nation. He and his granddaughter are members of the First Nation in Bella Bella.

He said in an interview on Monday that the incident has led to a resurgence in his panic and anxiety attacks.

"It's affected me quite a bit," Johnson said. "When this happened to us, my anxiety just went through the roof. I started counselling again. It's affected my motivation, my thought process, quite a bit of stuff."

Johnson is seeking compensation and wants a public apology from the Vancouver Police Board, the police department and the bank.

Const. Tania Visintin of the Vancouver Police Department said in a statement that the circumstances are regrettable and that the actions of the responding officers are being investigated by the Office of Police Complaints Commissioner.

The department is also reviewing its policy for future situations with a report to be submitted to the police board, she said.

The Bank of Montreal said in a statement that it "deeply regrets the situation that took place in Vancouver in December 2019 involving Mr. Johnson and his granddaughter."

The bank apologized again and said it was "humbled and honoured" to be invited by the Heiltsuk Nation to participate in a healing ceremony for the Johnson family in Bella Bella. Since then, it has established an Indigenous advisory council and conducted cultural training for bank staff.

B.C. #Indigenous man files human rights complaints after he and his granddaughter were handcuffed at Bank of Montreal. #SystemicRacism #BankofMontreal #FirstNations #racialprofiling

"We continue to seek ways to ensure we are doing better for our Indigenous customers," the statement says.

Johnson questioned the actions of police, particularly why officers placed him and his granddaughter in handcuffs if they were only being detained.

"It was so hard when we were detained. We had to prove who we were and where we came from," he said. "It gets so tiring trying to prove who you are as a First Nations person."

Marilyn Slett, the chief councillor of the Heiltsuk First Nation, said her community wants to see changes in the way the Bank of Montreal and the Vancouver Police Department handle Indigenous issues.

"We're a long ways away from reconciliation when these types of things happen to our people when they're trying to open up a bank account," she said in an interview.