Quebec city opts not to kill white-tailed deer, will relocate them instead 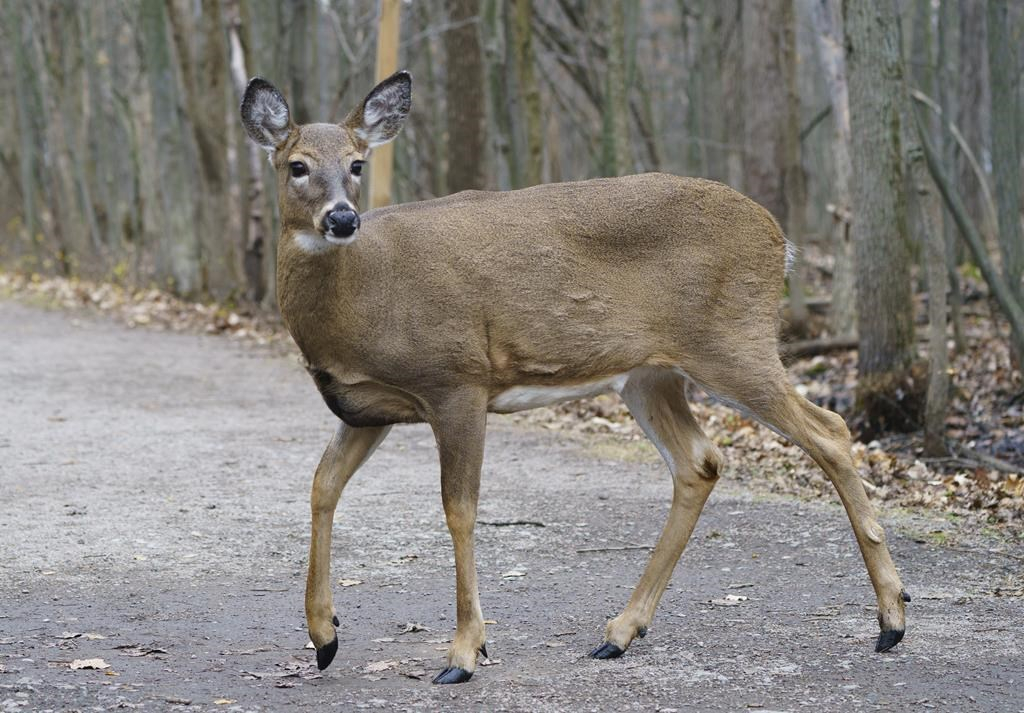 A deer is seen at the Michel-Chartrand Park in Longueuil, Que., on Friday, November 13, 2020. File photo by The Canadian Press/Paul Chiasson
Previous story
Next story

A Quebec municipality that had planned to cull about 15 white-tailed deer in the coming days relented late Monday amid pressure on officials to relocate the animals.

Longueuil Mayor Sylvie Parent said in a statement the threat of people intervening or attempting to thwart the cull has forced the city to consider other options.

Parent noted the plan to capture and slaughter the deer, approved by Quebec's Forests, Wildlife and Parks Department, was supported by a "broad consensus within the scientific community."

But given the circumstances, she's asking the city's top civil servant to come up with a plan to move the deer from Michel-Chartrand Park to a sanctuary authorized by provincial officials.

Parent's announcement came hours after an animal rescue group and a lawyer who champions animal rights urged the Montreal-area city to reconsider its plan to kill half the white-tailed deer in the park and donate the meat to a food bank.

The organization, Sauvetage Animal Rescue, along with well-known Montreal lawyer Anne-France Goldwater, had urged Parent to consider its own plan to relocate the animals to a sanctuary, free of charge.

Ultimately, the city relented but Parent said the deer situation would need to be resolved quickly.

"Considering the importance for the city of proceeding with the reduction of the herd in the short term, this move must be done in the coming weeks," Parent said in the statement.

Officials have said the deer population is twice what the park can support and that they have exhausted options to deal with the problem.

Earlier Monday, a city spokeswoman confirmed that Longueil had a permit to begin the cull on Monday but could not say if the operation had begun. Eric Dussault, head of the animal rescue group, said police and traps were spotted at the park.

Longueuil's plan has faced fierce opposition, and police have made arrests in connection with alleged threats against the mayor and local officials.

Dussault said his plan sent to city officials last week called for trapping the animals, quarantining them, treatment by a veterinarian and transportation to a refuge or sanctuary next summer. They said the plan won't cost the city anything.

Goldwater, an animal rights activist, urged the city to meet with her to discuss the situation. She said the animals will be treated well and examined from "the tip of the ears to the tip of their hooves" before they are sedated and transported to a sanctuary.

"These deer are semi-domestic, they have no predators in the park and they are accustomed to the company of humans," she said.

Goldwater also called on those opposed to the cull to stop threatening local officials. Police have arrested at least three people for threats in recent days.

"I want people to stop attacking the city of Longueuil and its councillors and its mayor," Goldwater said. "We're not going to solve this problem with aggression, hostility and confrontation."

Goldwater also suggested the money saved by not going ahead with the planned cull could still be used to help local food banks.

"I think we're a pretty rich province; I think we can offer plenty to the poor without killing Bambi and her whole family," Goldwater told reporters.

By The Canadian Press | News, Politics | November 15th 2020
State Of The Animal