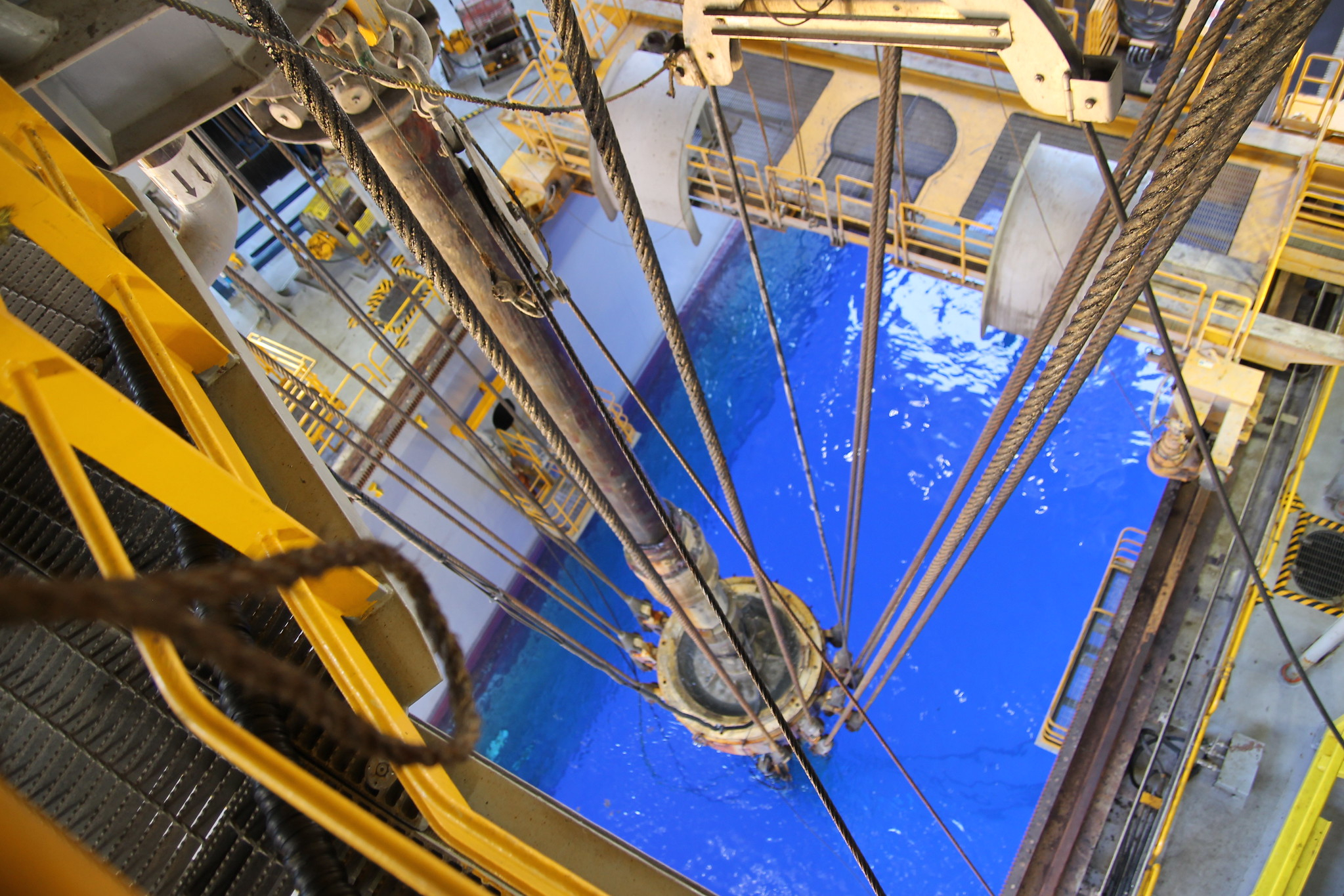 An access area for offshore oil drilling in the hull of the drillship Ocean Blackrhino in 2017. U.S. Department of the Interior photo
Previous story
Next story

Newfoundland and Labrador’s offshore oil regulator says it expects the “best available science” will be followed when determining the environmental impact of drilling in a fragile Atlantic marine refuge.

The Canada-Newfoundland and Labrador Offshore Petroleum Board (C-NLOPB) made the comments in response to questions about its decision to accept a bid from BP Canada to explore part of a marine refuge called the Northeast Newfoundland Slope for drilling.

WWF-Canada has criticized the move, saying it puts biodiversity in the area at risk, given that the marine refuge contains corals and sponges that other marine life use as spawning grounds and that are easily damaged. The group has called for oil and gas exploration and drilling in marine refuges to be banned.

The regulator said in a statement that it was operating under federal government policy. The federal Liberal government has allowed marine refuges to remain open to exploratory drilling, on a case-by-case basis, while declaring in 2019 that another, separate conservation category called “marine protected areas” would be off-limits to fossil fuel activity.

For refuges, oil and gas exploration “can continue,” confirmed a spokesperson for the C-NLOPB, provided that the fisheries minister “is satisfied that risks to conservation objectives of those areas will be effectively avoided or mitigated.”

Any proposed oil and gas activity in the refuge would still be scrutinized through the government’s various environmental review processes, the regulator argued, as well as under the Fisheries Act.

“It is expected these review processes will provide effective means to thoroughly assess, avoid and mitigate any impacts based on the best available science,” the regulator said.

Exploratory drilling is done when an energy company needs more data to determine the worthiness of setting up a more permanent drilling operation. It often involves examining rock samples in the area.

Newfoundland and Labrador’s offshore oil regulator says it expects the “best available science” will be followed when determining the environmental impact of drilling in a fragile Atlantic marine refuge.

BP Canada has said it is too early to discuss plans for its slice of the marine refuge. But if it does move forward, it won’t have to go through a separate environmental assessment to carry out exploratory drilling.

That’s because Environment and Climate Change Minister Jonathan Wilkinson created a new regulation earlier this year that exempts exploratory drilling in the Atlantic east of Newfoundland from federal impact assessments.

The controversial exemption was made based on the fact that a large, “regional assessment” of exploratory drilling had already been done.

Environmental law charity Ecojustice, on behalf of WWF-Canada, Ecology Action Centre and the Sierra Club Canada Foundation, has said that assessment was “flawed” and launched a legal challenge.

The exemption only applies to exploratory drilling — permanent offshore oil and gas projects “will continue to be subject to project-specific assessments,” the government said.

It also said any exploratory drilling must “conform to the rigorous environmental and consultation conditions” outlined in the minister's new regulations.

That includes conducting an investigation of the seabed to see if there are any corals or sponges or “any other environmentally sensitive features” around each of the proposed sites for underwater oil wells.

If corals and sponges are there, the company must take measures to avoid them; things such as “moving the anchors or wells on the seafloor” or “redirecting the discharge of drill cuttings.”

Since the drilling area is in a refuge, the regulations say the company must also hand over another plan to the department and the regulator that outlines the effects of drilling on conservation objectives.

That plan should also include any planned mitigation measures, how those measures will be monitored to make sure they're working and a strategy to keep everyone in the loop as new information comes in.

“Exploratory drilling programs are short-term projects and the environmental effects of these programs are well understood,” the C-NLOPB said.

Counting up the conservation target

The government has made conservation a priority, protecting 13.81 per cent of Canada’s marine and coastal areas and promising to boost this to 25 per cent by 2025.

That protected territory includes both marine protected areas, where oil and gas is off-limits, as well as marine refuges, where it is allowed.

Even if drilling permits are handed out to energy firms, the marine refuges are still counted toward the conservation target, up until the point at which “oil and gas extraction begins.”

“The federal government and the C-NLOPB need to put a halt to oil and gas development in all protected marine areas.”

My comment here is not meant as a judgement on the current issue of exploratory drilling in the Newfoundland-Labrador offshore. Rather it is to the all too frequent appeal made to "the best available science". Simply put, the best available science is sometimes not adequate, most often because the necessary data are not available. I say this as someone who, before retirement, participated in the environmental assessment process from both sides of the table: first as a contractor helping to write environmental impact statements and second as a federal scientist judging such statements. Mine is a simple statement: sometimes the best available science is just not good enough to support project approval.