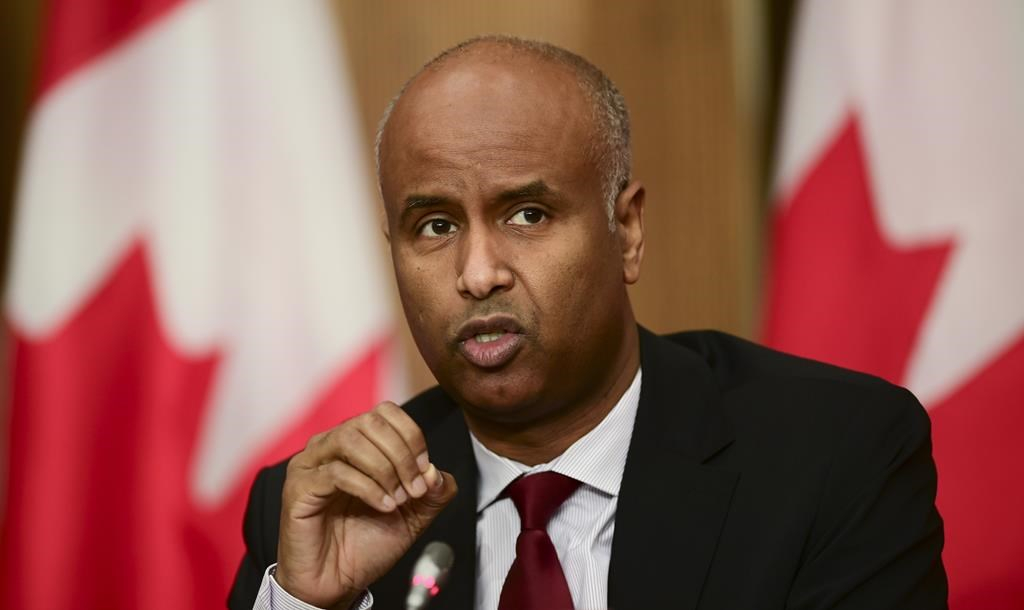 The federal Liberals will take small step toward a plan to create a national daycare system, with sources telling the Canadian Press next week's economic update will have money for a new federal child-care body.

Sources with knowledge of the government's plans, who spoke on the condition of anonymity to detail private conversations about yet-to-be-announced measures, said the Liberals will unveil funding for the child-care secretariat next week.

There are also expectations that the Liberals will add emergency money through "safe restart" deals with provinces to help child-care centres that are struggling financially amid the COVID-19 pandemic.

All of it will tease what the Liberals have privately described as major new spending being considered behind closed doors, one of the sources said.

A spokeswoman for Finance Minister Chrystia Freeland said her office won't comment on what will or won't be in the fiscal update.

The Liberals have promised to make a long-term commitment to create a national child-care system, seeing it as a key way to help women whose working lives have suffered during the pandemic, in what has been dubbed a "she-cession."

A report released Wednesday estimated that hundreds of thousands of women could get back into the labour force if the Liberals follow through on that pledge.

The report estimated that between 363,000 and 726,000 women in the "prime parenting age cohort" between 25 and 50 could join the labour force over a 10-year period as a national child-care program is developed. Among them would be up to 250,000 women moving into full-time jobs.

Report author and economist Jim Stanford said the lack of accessible and affordable daycare is a key reason why fewer women in their 30s and 40s are in the workforce than men the same age.

There is also the potential for tens of thousands of construction jobs as new centres and spaces are built, along with an employment boost in the child-care sector as it expands.

"Economists have agreed for years that child care has huge economic benefits, but we just can't seem to get the ball over the line in Canada," said Stanford, director of the Centre for Future Work.

The Liberals have promised to make a long-term commitment to create a national child-care system, seeing it as a key way to help women whose working lives have suffered during the pandemic. #cdnpoli

"I finally think the ducks are being lined up here and we can actually make this happen," he added.

"This really is the moment when we can finally move forward, and it is a moment when Canada's economy needs every job that it can get."

A recent report by RBC economists Dawn Desjardins and Carrie Freestone calculated that 20,600 women fell out of the labour force between February and October even as 68,000 more men joined it.

The situation was most acute for women ages 20 to 24, and 35 to 39; one of the reasons the duo cited for the sharper drop was the pandemic-caused closure of child-care centres.

Child-care centres, which often run on tight margins and rely on steep parental fees, couldn't keep up with costs during spring shutdowns and shed about 35,000 jobs between February and July. Some centres have closed for good.

Scotiabank economists Jean-Francois Perrault and Rebekah Young suggested in September that creating nationally what Quebec has provincially would cost $11.5 billion a year.

Their analysis also suggested federal coffers could reap billions in new tax revenue as women in particular would get into the workforce in greater numbers, offsetting some of the overall cost.

Stanford's estimate is for a boost to government revenues of between $18 billion and $30 billion per year, split between federal and provincial governments.

"This literally is a social program that pays for itself," Stanford said.

"The economic benefits of giving this first-class care to early age children, and getting their mothers in the labour market working to their full potential, are enormous."

Getting those outcomes will rest on how the Liberals design the system, which will need to be done with provinces who have responsibility for daycare delivery.

Kate Bezanson, associate dean of social sciences at Brock University, said the pandemic has been an opening for greater federal-provincial collaboration. Child care may be next, she said, to ensure women aren't left behind in a recovery.

“We have in the pandemic seen a kind of collaboration across jurisdictions in a way we haven’t seen outside of wartime," said Bezanson, who also has expertise in constitutional law.

Canada wants to get women back to work