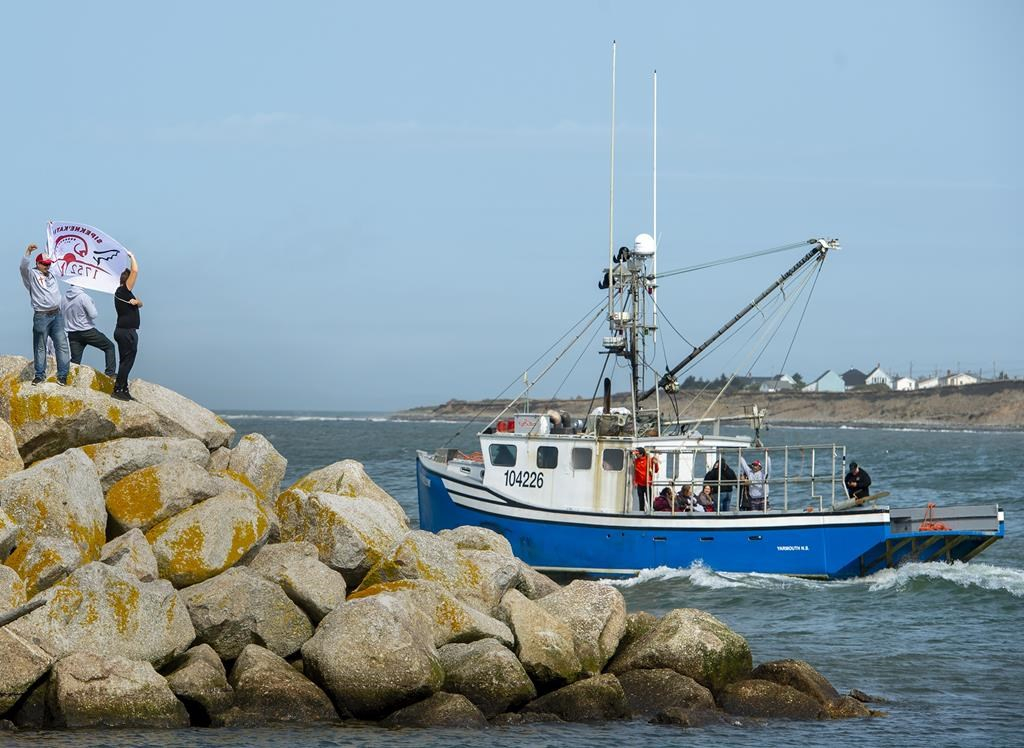 Members of the Sipekne'katik First Nation head from the wharf in Saulnierville, N.S., after launching its own self-regulated fishery on Thursday, Sept. 17, 2020. THE CANADIAN PRESS/Andrew Vaughan
Previous story
Next story

He says the band council is calling on the department and the commercial fishing industry to extend if necessary the stoppage of all activity in the area to ensure the safe feeding and southward migration of the right whales.

Ottawa this week said that starting Thursday evening, fisheries operating within certain sections of the Roseway Basin would close until further notice to protect the whales, which can become entangled in fishing gear.

The department’s temporary closure affects one of the province’s most lucrative lobster fishing zones, known as LFA 34, and comes days before the federally regulated lobster fishing season in the area is set to start.

Other fisheries in the affected area include crab, herring and mackerel.

In a statement late Tuesday, the federal Fisheries Department said fishing could resume if no right whales are detected during the 15-day closure of the Grand Manan Basin and Roseway Basin.

Additionally, it said aerial surveys will be conducted "in the coming days," and if no right whales are spotted in the area, closures affecting the lobster fishery will be lifted before November 30. If whales are spotted, the temporary closures will remain in effect.

"We understand that closing large areas to fishing poses challenges for some harvesters, especially given the later start to the fishing season due to COVID-19," the statement said. "We would like to acknowledge the hard work and co-operation of harvesters and their organizations, who share the same goals of protecting the North Atlantic right whale and upholding Canada’s reputation for sustainably sourced seafood."

Meanwhile, Sack said he believes everyone involved in the fishery "must operate with an abundance of caution."

"We will collaborate with others who are committed to protecting our marine environment which our fishery is dependent on for future generations," he said.