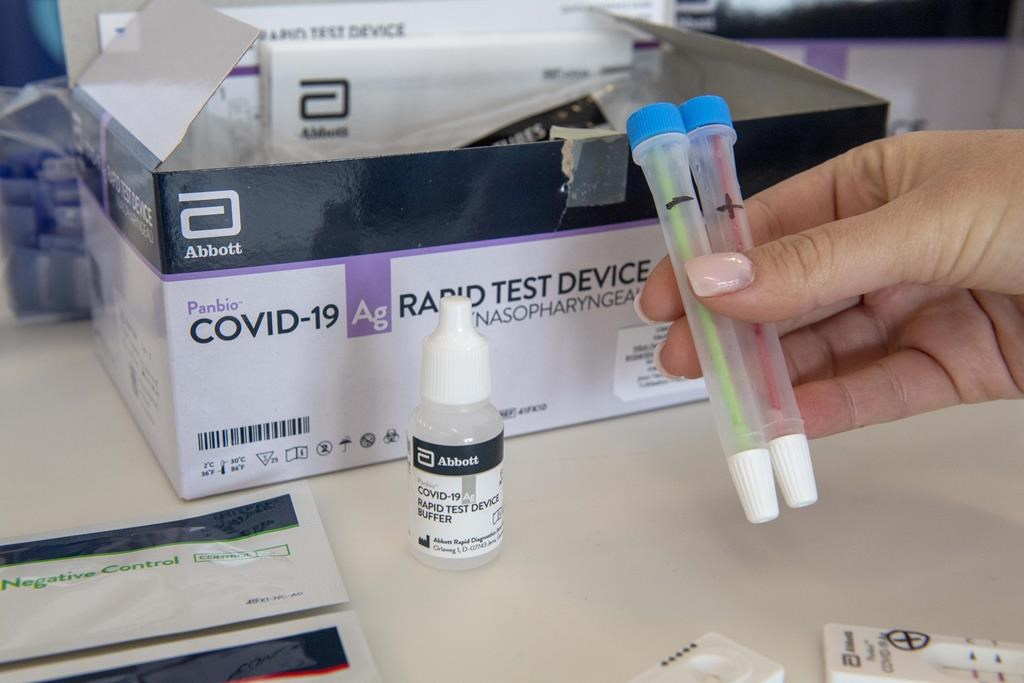 Dr. Theresa Tam warned that a growing number of people are experiencing severe cases of COVID-19, putting a strain on health-care services and forcing hospitals to cancel surgeries. She said it's safest to limit outings and avoid socializing with people beyond one's household.

Recent record-breaking numbers have prompted many provinces to implement new restrictions and partial lockdowns. Tam said that while it's too early to measure the impact of such measures, public participation will be vital to their success.

"This is why as public health authorities implement measures to interrupt spread, Canadians are being called upon," she said in a statement.

"It is safest for all of us to limit errands and outings to just the essentials, limit in-person activities to just our existing household members and keep up with key prevention practices," she said, referring to handwashing, physical distancing and mask-wearing.

Ontarians on Wednesday were asked to restrict Christmas gatherings to members of their households, as the province became the latest to unveil guidelines for the holidays.

Premier Doug Ford said Ontarians should celebrate only with people they live with, adding that those who live alone can join one other family. "This year isn’t like any other," he said. "We’re in the second wave of COVID-19, and we can’t take any chances."

Ford's approach is similar to that taken by Manitoba Premier Brian Pallister, who told his province on Tuesday to plan for a Christmas without group gatherings.

Quebec Premier Francois Legault, however, has taken a different tack, allowing people to gather in groups of up to 10, between Dec. 24 and 27 — as long as they quarantine for a week before and after. He said Tuesday that people should only gather two times over the four-day grace period.

Earlier Wednesday, Ontario's auditor general released a report criticizing the province's response to COVID-19, describing it as slower and more reactive than that of other provinces.

Ford took issue with some of the claims in the report, particularly the finding that the province's chief medical officer of health did not play a leading role in the government's response.

The premier said Dr. David Williams had guided Ontario's response "from day one" and insisted the province had based all its decisions on advice from its health team.

In Manitoba, where 349 cases were reported Wednesday, health officials said there were signs that strict restrictions on gatherings and store openings brought in over the past weeks have been working.

Chief public health officer Brent Roussin said new cases have been relatively stable in recent days, in contrast with earlier projections that warned the province could have reached up to 800 cases a day by now.

Nova Scotia reported 16 new cases, as people and businesses in the Halifax region braced for stricter measures coming into effect on Thursday that include closing restaurant dining rooms, libraries, museums, gyms, yoga studios and casinos for at least two weeks.

Saskatchewan, which reported 164 cases, announced it was suspending group sports and making masks mandatory for indoor fitness activities in an attempt to contain the virus.

Health officials in British Columbia, meanwhile, said they are working on a vaccine rollout plan.

Provincial health officer Dr. Bonnie Henry says front-line workers as well as those in long-term care homes will likely have priority for vaccinations and it's hoped vaccines will be available in January.

"It's very much focused on who is most at risk and how do we protect them best,'' Henry said. ``There's a lot of discussion that needs to happen.''

— With files from Paola Loriggio in Toronto, Steve Lambert in Winnipeg, Hina Alam in Vancouver and Keith Doucette in Halifax.