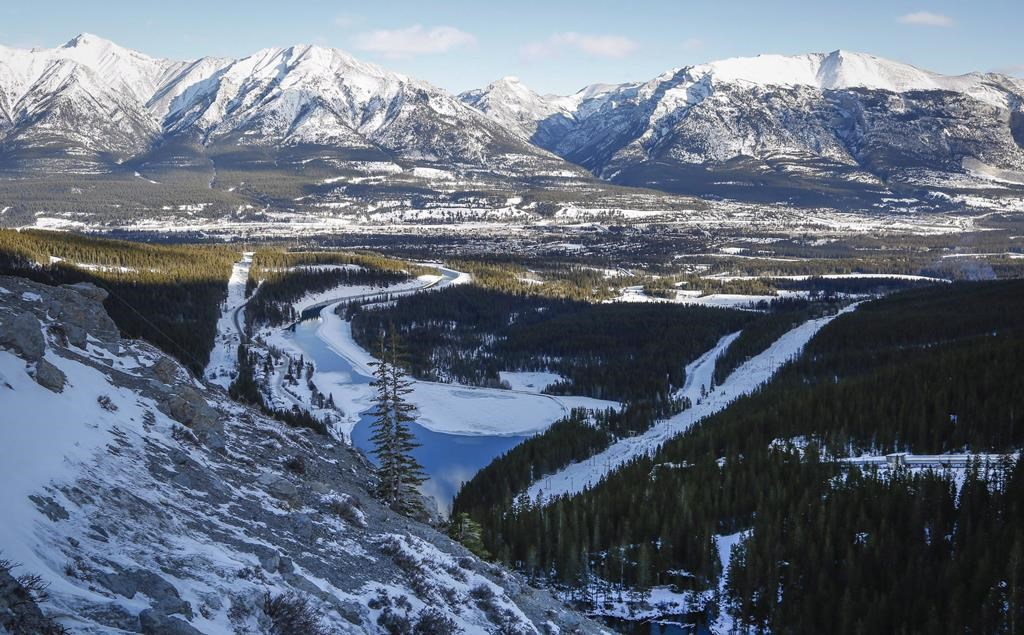 The mountain town of Canmore, Alta. is seen on Tuesday, Jan. 19, 2016. File photo by The Canadian Press/Jeff McIntosh
Previous story

The federal government has announced more than $50 million for research into marine and freshwater ecosystems across Canada.

The projects range from improving habitat for Atlantic salmon to measuring the effects of shipping on whales off the British Columbia coast to studying trout-bearing waters in Alberta's Rocky Mountains where coal mines are being considered.

The money, from the previously announced $1.3-billion Nature Legacy fund, will pay for 50 studies run by governments, non-governmental organizations and First Nations across Canada. Some have already begun.

The largest chunk of money, nearly $11 million, will be spent on 13 projects in B.C.

About two-thirds will go to research and improving fish habitat in rivers such as the Fraser. The rest will be spent studying the effects of shipping noise on whales.

The biggest single grant — $5.6 million — goes to Alberta's Environment Department, where the province is to conduct research with other partners to support the protection and recovery of native trout species in the eastern slopes of the province's Rocky Mountains.

Biologists are concerned the rivers that originate there — the source of drinking water for most of southern Alberta — are coming under increasing pressure from development.

Alberta recently rescinded a decades-old policy that prohibited any development in large areas of the eastern slopes, the headwaters of those trout habitats. The province, together with the federal government, is currently conducting an environmental review of a proposed coal mine that would remove a mountaintop adjacent to those headwaters.

More mining companies are expected to apply to the province's regulator for similar projects.

The federal government has announced more than $50 million for #research into #marine and #FreshwaterEcosystems across Canada. #cdnpoli #atlanticsalmon #whales

"We know that the cutthroat trout are a species at risk and there's a lot of work that needs to be done there," said Jordan.

She said Alberta officials have raised the issue with her.

Alberta Environment spokeswoman Jess Sinclair said in an email the money will help rebuild habitat for threatened trout species. The projects, with participation from non-governmental groups, are to be complete by 2023.

Sinclair said the most important areas in the eastern slopes will continue to be protected.

"The protective notations reflect our commitment to continue to manage public land in the eastern slopes to preserve watersheds and other sensitive areas and protect areas of high tourism and recreation value," she said.

Sinclair added development that is permitted is subject to environmental review.

"That's one of the things we looked at: How many species can be helped by the work that we're doing?" she said. "When you look at the ecosystem that supports the species, you're actually helping more."

Most of the projects are expected to take several years to complete.

This report by The Canadian Press was first published Nov. 25, 2020