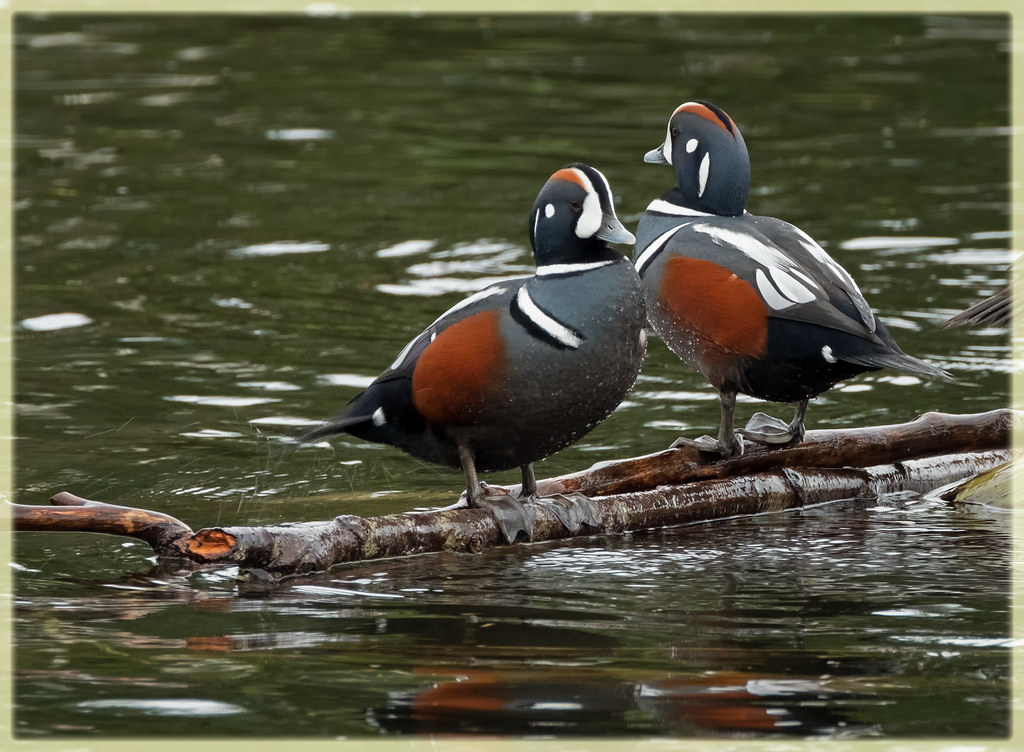 An array of seabirds will enjoy safe refuge along B.C.’s West Coast after a quartet of American brothers gifted their family’s private island to protect its natural habitat.

The new Breton Island-Whitridge Reserve is a 12.6-acre island located in the Discovery Islands archipelago that is wedged between the B.C. mainland and Vancouver Island.

The island’s habitat is exceptional because it’s undeveloped and provides a perfect haven for birds, Lament said.

“One important element is the island provides foraging for a really diverse community of migratory birds.”

For example, the figure-eight-shaped island falls right along the migratory path for harlequin ducks, Lament noted.

Formerly at risk, the ducks are noted for the male’s striking plumage and their habit of breeding in turbulent mountain streams during the spring.

But they make their way to the West Coast’s rocky shores to overwinter, and the island reserve is a perfect habitat for the plucky bird, Lament said.

“British Columbia has about 10 per cent of the continental population of harlequin ducks, so the reserve is significant from a conservation standpoint,” he said.

West Coast seabirds will enjoy safe refuge in B.C. thanks to four American brothers who gifted their family’s private island as a nature reserve for the animals. @NatureTrustofBC #conservation #Birdwatching

“And, it’s worth noting, we share these magnificent birds with our southern neighbours, so the island will protect them and other wildlife that depend on it.”

Other birds expected to shelter in the reserve include the threatened marbled murrelet and three species of special concern — the ancient murrelet, Cassin’s auklet and the great blue heron.

But the island reserve’s habitat is ideal for any number of sea ducks and shore and water birds, including bald eagles, black oystercatchers, common loons, common mergansers and double-crested cormorants.

Beyond birds, the Breton Island-Whitridge Reserve contributes to the protection of some very valuable regional ecosystems, Lament said.

The reserve’s ecological zone encompasses temperate forests on the B.C. coast and its mountain flanks. As well as the western hemlock, the zone includes other coniferous trees, including Douglas fir and cedars, and big leaf maple trees in drier regions. Wetlands, estuaries and many important salmon streams also fall into the zone.

Only six per cent of the ecological subzone where the island is located is protected in parks or conservation lands, Lament said.

“This zone is a really high priority for most conservation plans in B.C.,” he said.

The four Whitridge brothers — with numerous adult children and grandchildren of their own — inherited Breton Island from their parents, who purchased the property for $40,000 in 1968, said Jes Hovanes, the nature trust's communications manager.

At various times over the decades, members of the extended Whitridge family visited the island by boat or kayak, enjoying picnics or exploring its forest and tidal pools.

“I think all of us at one time or another have found it to be a magical and peaceful place to go for restoration and reflection,” said one brother, Dave Whitridge, in an email.

However, the family hasn’t had the opportunity to visit the island in a number of years, he added.

But rather than putting it up for sale on the open market, which would inevitably lead to its development with homes or docks, the family opted to protect the serenity and magic of the island and its natural habitat.

The family initially worried the trust might not be interested in acquiring such a small island, said Whitridge.

But they were delighted to discover such interest in the island’s conservation, he said.

“It’s reassuring to know that the island and all its wonders will be protected in perpetuity by the NTBC for the enjoyment of future generations,” Whitridge said.

“And I hope to visit again myself someday.”

Editor's note: This story was updated Thursday afternoon to correct an error that stated the Breton Island-Whitridge Reserve is part of the coastal Douglas fir (CDF) zone. The reserve is in the very dry maritime coastal western hemlock subzone (CWHxm1), an area adjacent to the CDF.