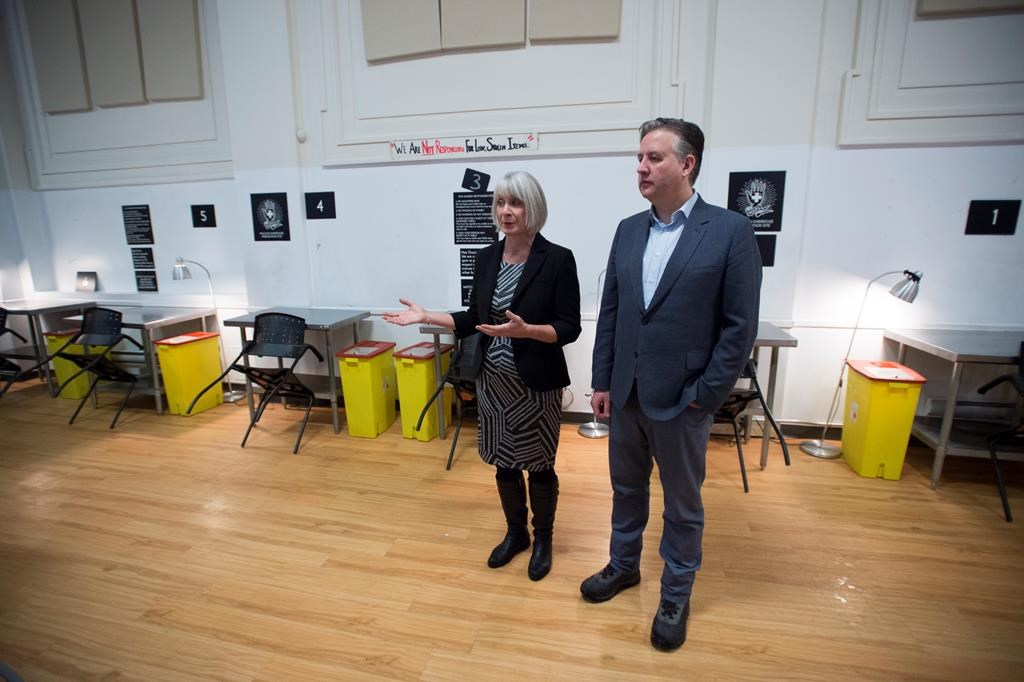 VANCOUVER — Councillors in Vancouver have voted unanimously to ask the federal government to decriminalize possession of small amounts of illicit drugs.

Mayor Kennedy Stewart put forward the motion earlier this month saying it is time to develop a "health-focused" approach to substance use and end the stigma against drug users.

In a statement issued late Wednesday after the vote, Stewart thanked groups such as the Vancouver Area Network of Drug Users, which he says have pursued decriminalization for years.

In the same process used to create its first supervised injection clinic almost two decades ago, city staff will now write to federal officials, including the ministers of health and justice, seeking an exemption from the Controlled Drugs and Substances Act.

If approved, Stewart said the city will work with the police department, Vancouver Coastal Health, community groups and people who have lived experience with drug use to determine how decriminalization should be approved.

The city’s support for decriminalization came on the same day the BC Coroners Service issued a report documenting 162 illicit drug deaths across the province in October, amounting to five every day, including one daily in Vancouver.

Stewart said Vancouver is ready to again lead the way on drug policy in order to save lives.

“With more than 1,500 deaths in Vancouver since a provincial overdose emergency was declared in April 2016, and an estimated 329 overdose deaths in the city of Vancouver so far this year, 2020 is on track to be the worst year yet for overdoses and this new approach is urgently needed," he said in the statement.

The elimination of criminal consequences for possessing drugs for personal use also has the support of Premier John Horgan, provincial health officer Dr. Bonnie Henry and the Vancouver Police Department.

There’s no indication how long the federal government might take to review Vancouver’s plan once it is submitted, but Stewart has said federal Health Minister Patty Hajdu is a champion of harm reduction and has the authority to move quickly.

Hajdu said in a statement the COVID-19 pandemic has worsened the opioid crisis and Ottawa must redouble its efforts to save lives.

She said federal officials have been working with Stewart and the B.C. government on options that respond to local and regional needs, guided in part by the recommendations of the Canadian Association of Chiefs of Police, which also endorsed decriminalization of personal possession earlier this year.

"We will review this request to address criminal penalties for simple possession of small amounts of controlled substances and will continue our work to get Canadians who use substances the support they need," Hajdu said in the statement.