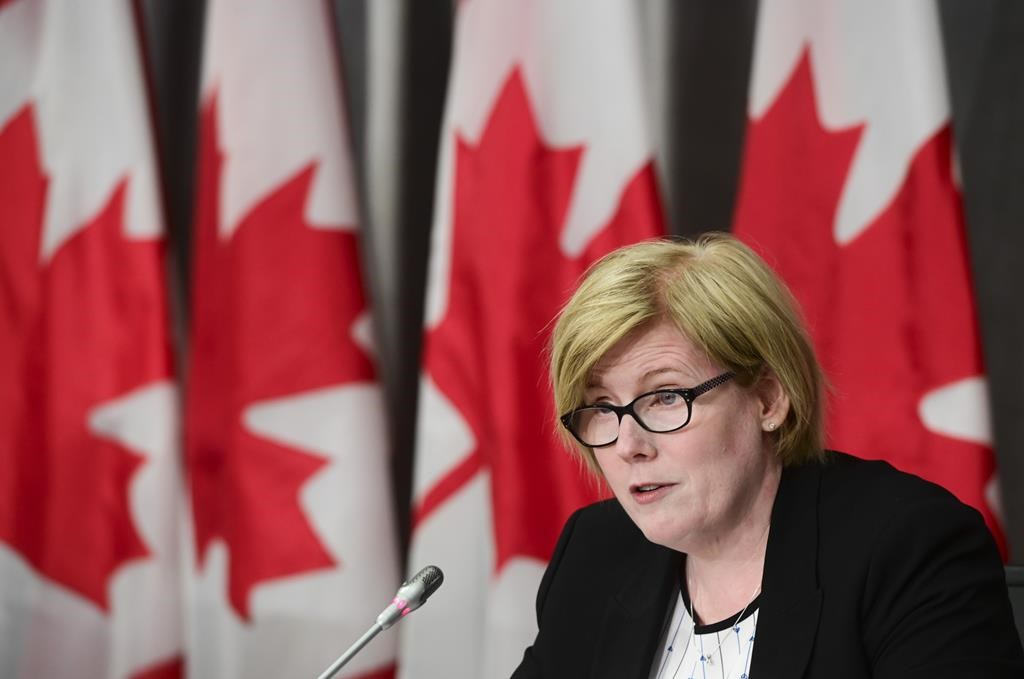 Disability Inclusion Minister Carla Qualtrough says health practitioners should not be allowed to discuss the issue of assisted dying until a patient asks about it — and she's open to amending the law to make that clear.

Her comment is not likely to sit well with some health care practitioners who have argued that talking about all options available to patients is part of their duty to ensure informed consent.

Indeed, the Canadian Nurses Association has urged the government to specifically clarify in the law that medical practitioners can initiate discussions on assisted dying.

Qualtrough made the comment Thursday during testimony at the Senate's legal affairs committee, which is studying a bill that would expand access to medical assistance in dying (MAID) to people who are not already near-death.

She also told the committee she's open to considering an amendment to the bill to impose a 12-month sunset clause on its proposed ban on individuals suffering solely from mental illnesses to seek an assisted death — an exclusion legal experts have said is unconstitutional.

Disability rights groups are strenuously opposed to Bill C-7, which they contend tells people with disabilities that their lives are not worth living.

Conservative Senate Leader Don Plett raised the case of Roger Foley, a 45-year-old with a neurodegenerative condition that has left him hospitalized, unable to move or care for himself.

Foley told the House of Commons justice committee earlier this month that he was pressured by hospital staff to seek an assisted death when he asked for home care. He has taken his allegation to court, arguing that his right to an "assisted life" has been violated.

Qualtrough told Plett she has "grave concerns" about what happened to Foley.

"And I can tell you he's not alone," she added.

Disability Inclusion Minister Carla Qualtrough says health practitioners should not be allowed to discuss the issue of #AssistedDying until a patient asks. #MAID #cdnpoli #cdnlegal

She said she "regularly" hears from people who are "appalled" to discover that a family member with a disability has been offered what she called "unprovoked MAID."

"I think that has to stop ... It really speaks to the underlying systemic discrimination that we can't not talk about anymore in this country."

Qualtrough initially suggested that it's up to colleges of physicians in each province to regulate the matter. She also argued that the government — which is rushing to pass the bill by a court-imposed deadline of Dec. 18 — didn't have time to address all outstanding issues in the legislation.

But pushed by Plett to explain why the bill couldn't be amended to specify that discussions on assisted dying must be "patient-led," Qualtrough said she personally "would certainly be open to considering that."

Earlier this week, the CEO of the nurses association, Michael Villeneuve, told the committee that the law should explicitly allow health practitioners to raise the issue with patients.

Villeneuve, a critical care nurse, said he's never seen coercion. If anything, he said doctors and nurses are reluctant to talk about such things.

"The intent is not to coerce but rather to open up a conversation of options for a legal service."

Dr. Stefani Green, president of the Canadian Association of MAID Assessors and Providers, told the committee earlier this week that there are circumstances where a practitioner should raise the issue with a patient.

For instance, she said there are situations in which a patient is not aware of his or her eligibility for assisted dying.

"One could argue that it is perhaps unprofessional not to lay all options on the table in such a situation," Green said. "It’s the same when you’re outlining chemotherapy options. You must put all three of them on the table if they’re available, not just one."

Jocelyn Downie, a professor of law and medicine at Dalhousie University in Halifax, said informing patients about all legal options available to them is "a fundamental principle of Canadian consent law."

"An amendment that would prohibit raising the issue would be a cruel amendment and it would fly in the face of well-established statutory and common law and professional standards," she said Thursday.

"It would likely also chill discussions of MAID as clinicians may fear liability."

The NDP proposed an amendment at the House of Commons justice committee to specify that raising the issue with a patient would not be a criminal offence. That amendment was rejected.

A number of senators on the legal affairs committee have raised objections to the bill's proposed blanket ban on assisted dying for people suffering solely from mental illnesses. They've argued that it violates the charter guarantee of equal treatment under the law, regardless of physical or mental disability, and predicted it will be struck down by the courts.

Sen. Stan Kutcher, a psychiatrist who is a member of the Independent Senators Groups, asked Qualtrough if the government would consider an amendment that would remove the exclusion, with the proviso that assisted dying for those suffering solely from mental illnesses would not be allowed for one year while guidelines are developed to regulate how the procedure could be provided to such individuals.

"I think we would," Qualtrough told him. "Yeah, we want to make this law as good as it can be and we will consider whatever the Senate gives back to us very, very seriously."