Don’t assume because I’m brown, I must be an activist 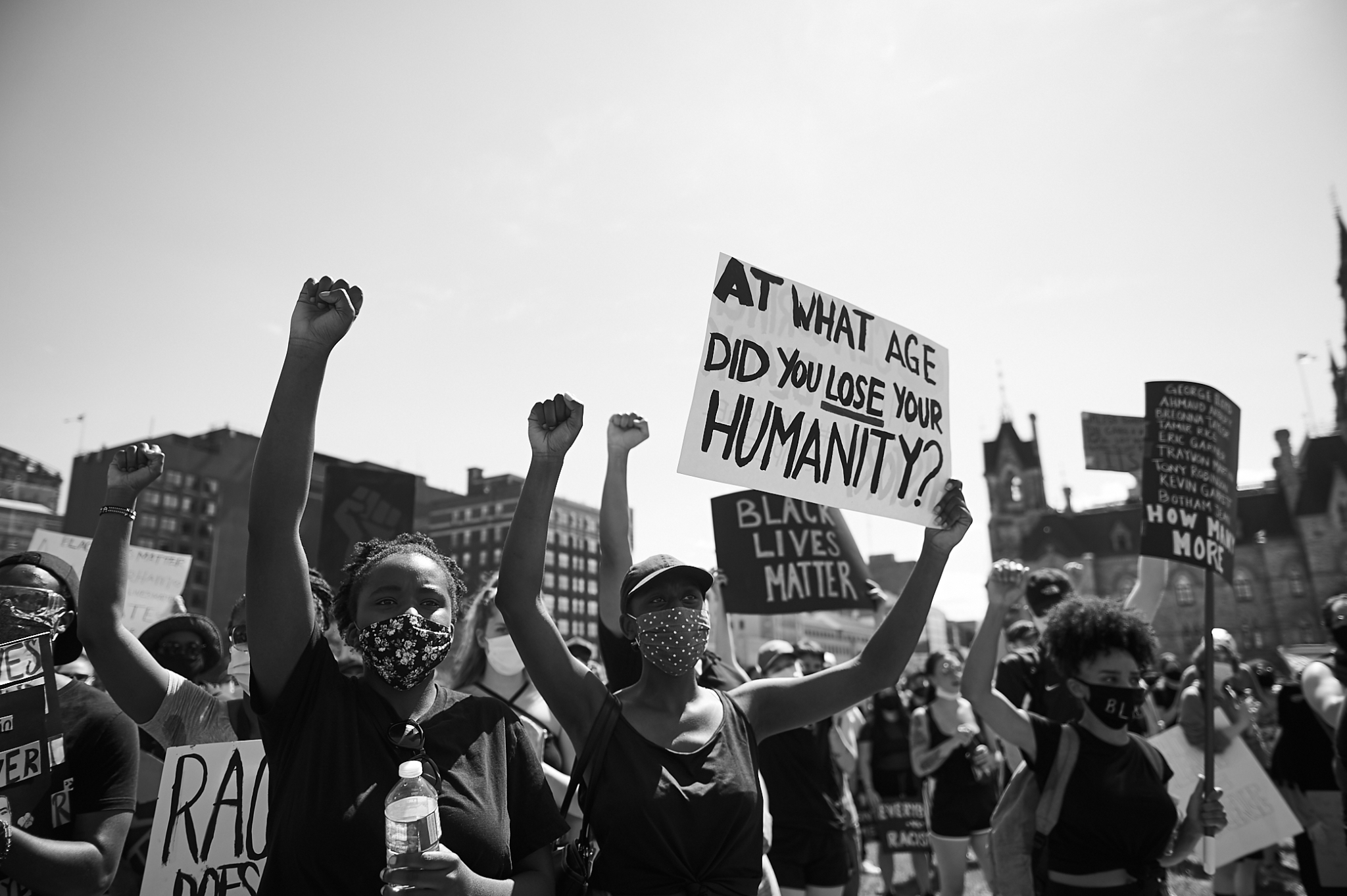 Protesters gather in Ottawa for a Black Lives Matter rally in June. Photo by Kamara Morozuk
Previous story
Next story

Following the killing of George Floyd by local officers, Black Lives Matter activists drove to Minneapolis to abolish the city’s police department. That sent an important message to both Black and non-Black people of colour: When we organize to make change, when we do it together, we’re unstoppable.

But does that mean racialized people should feel compelled to work towards making change?

As someone who has always been both brown and angry at the world, I’ve spent my life becoming an activist. I volunteer, I protest, and a good chunk of my undergrad has involved working 80 hours a week in the name of bringing Black, Indigenous and people of colour (BIPOC) justice — as a journalist, student leader and friend.

This comes with a feeling that I’m never doing enough, a feeling that became unbearable the more my identity became entwined with my “activist” label.

When I started attending Queen’s, a very white university, I was surrounded by people who were either waiting for me to mess up so they could discredit my presence in their spaces — using my shortfalls as an excuse to keep brown people out — or waiting for me to open doors for other BIPOC.

Making change turned from being something I wanted to do to what my world was telling me I had to do.

I was also being instructed exactly how to make this change. With diversity clubs popping up everywhere and millions in funding going towards similar projects, I was told implicitly that activism needed to be hyper-productive, constant and public.

Deep down, I wanted to do grassroots work. I wanted to go out and be kind and volunteer — I wanted to care directly for sex workers and undocumented immigrants and anyone else whose needs I was being taught to ignore in my business classes. But there were competing pressures; I had a resume and friends who were constantly asking if I’d secured a summer internship yet.

At some point, being an activist was no longer a form of selflessness. It was something to put on my LinkedIn, and a way to further my ambitions, because activism was seen as all I could offer the world as a POC, despite any of my other talents.

White people and non-white folks alike were sending this message.

"For BIPOC, (activism) should be a choice, and it should be done when we decide we’re willing and able to do it," writes Aysha Tabassum.

I had to be a part of every fundraiser and claim a title in every initiative claiming to help BIPOC. I loved those missions, but I was burning out and wasn’t enjoying most of the work I was doing. I just knew that, as one of the few POC in my environment, I had to be doing it and, equally importantly, it was the only way I could succeed.

I realized how deeply I was being tokenized — forced to play change-maker for all BIPOC in all contexts — when I got an inconspicuous Slack message from the white editor-in-chief of my student newspaper in my second year.

Another publication had put out a feature on Black representation in English curriculums, and although I am neither Black nor a features writer, I was asked to replicate the piece.

My editor had many more years of experience than I, and in other instances where I had pitched a story related to race, he had fought me on it. But he had suddenly found an opportunity to make his paper — which ignored Black students — look good by using one of his few writers of colour.

Out of character, I eventually dumped the story, and I should have continued to refuse to engage in activism that made me uncomfortable. I didn’t.

A year later, I was saying yes to every opportunity to add to the work I was doing.

This was true of the BIPOC I worked with, who I’m sure felt the same pressures, as well as white people, who probably didn’t.

It took personal failures, where I was punishing those around me when I felt they were falling short of my arbitrary standards for activism, and the threat of burnout, to push me to reconsider who I was becoming.

Activism isn’t about forcing someone to go to any one specific protest, writing any one specific story or denouncing efforts to make changes that fall short of perfect. Activism shouldn’t be about furthering your own goals, particularly when you’re not confident that you can succeed without exploiting your own trauma as a racialized person.

Aysha Tabassum is a brown queer Muslim woman from Scarborough, Ont. She currently attends Queen's University, where she works as a features editor for the Queen's Journal and as co-chair for Q+ at Queen's University.