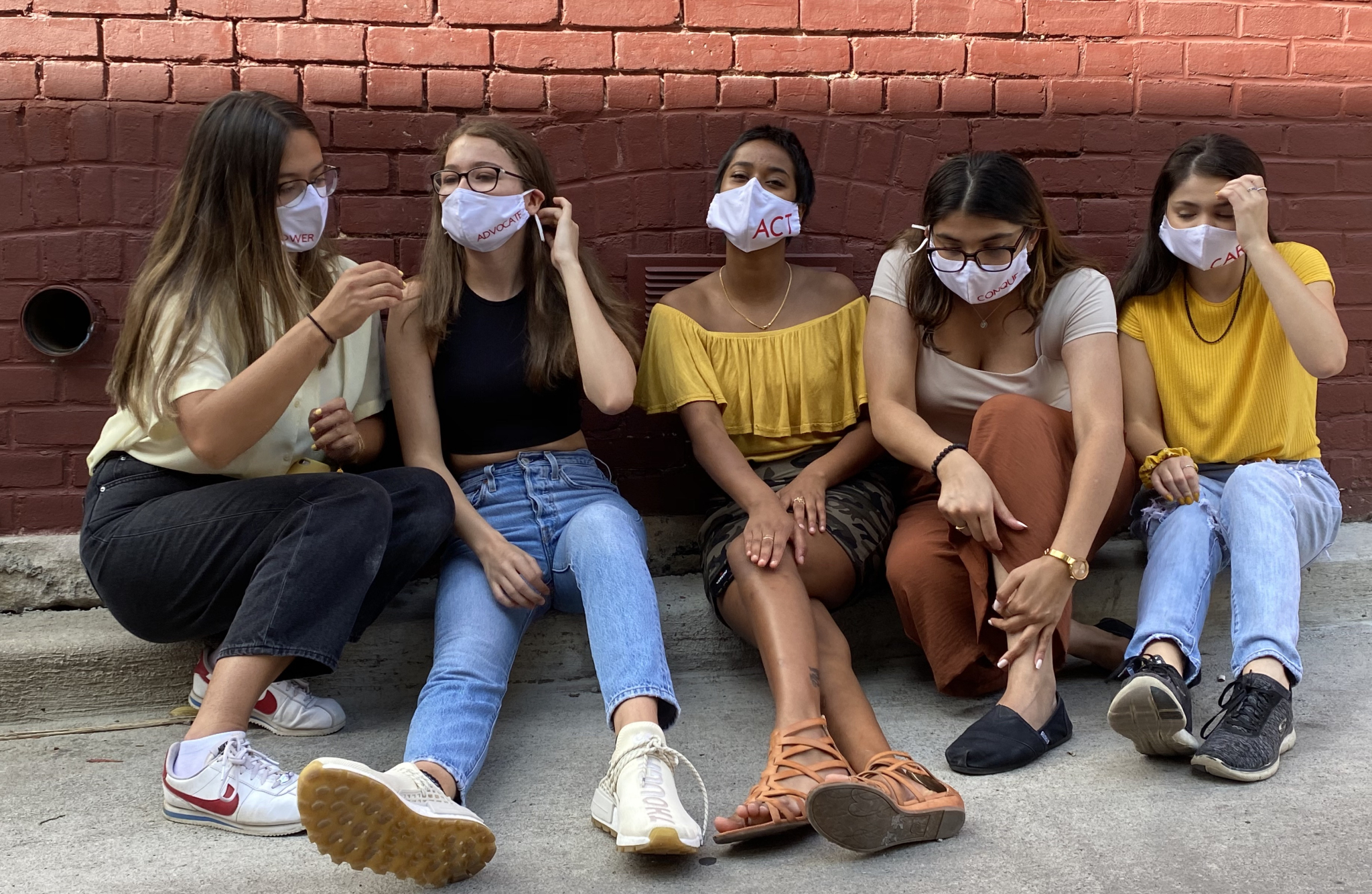 Left to right: Bleed The North co-leads Isabela Rittinger and Mia Medic with the group's heads of promotion, logistics and sponsorships, pictured on Sept. 3, 2020 in Toronto's Kensington Market. Photo supplied by Bleed the North
Previous story
Next story

The COVID-19 pandemic made it harder for many to find and afford menstrual products. It also gave Isabela Rittinger and scores of other volunteers in and around Toronto time to do something about it.

Rittinger, a first-year student at Queen’s University in Kingston stuck attending virtual classes from home in Pickering, jumped into the fray by creating an international chapter of a U.S.-based period movement in March.

By the summer, she and a group of others, including many students, had split off to create Bleed the North and declare Canada’s first ever National Period Day, part of a campaign to fight menstrual stigma and period poverty, the inability to afford pads and tampons, which can cost between $75 and $150 a year.

The group, now numbering 80 people, has since collected and distributed more than 10,000 period products, in kits of 11 pads and 7 tampons, enough to cover a typical menstrual cycle.

It was all Rittinger could do to feel useful at a time of massive upheaval, and the community and team-building helped get her through the worst of those early days.

“I don't know what I would have done with my time and how I would have faced the COVID lockdown if not for the people I had met at Bleed the North,” she said in an interview. “Those few months at the beginning were really, really dire and it was just like, if I didn't have this to pour all my time and my heart into I don't know where I would be.”

Bleed the North started off collecting donated pads and tampons and delivering them to shelters and individuals in need in Durham Region outside Toronto, but has since eyed getting student trustees on school boards across Ontario to pitch for them to make period products freely available in all secondary school bathrooms.

“We hear all the time from menstruators afraid to go to the bathroom holding a pad or a tampon,” said Mia Medic, who takes a lead on Bleed the North’s advocacy efforts. “That's stigma, that's period stigma.”

“No one in school, no teacher, has ever told me to not be ashamed to have a period,” she added, noting the group plans to create a sex education toolkit for teachers in the coming months and recalling her experience learning the biological basics in grades 5 and 6.

Bleed the North has collected and distributed more than 10,000 period products since March as part of its effort to fight menstrual stigma and period poverty.

She said it was important to get products into all bathrooms “so every student who menstruates has access to products,” pointing out that “not all women menstruate and not all those who menstruate are women.”

Independent of their efforts, Peel District School Board recently said it would provide free period products after a student trustee push, but there is no provincewide legislation.

“Even sparking conversations within school boards and within authority figures is super, super important,” Medic said. “I would love to hear (Education Minister) Stephen Lecce talk about periods and talk about menstruation, even if we don't get anywhere, just to hear people in power speak about it is a win for us, because it's a start.”

One-third of the under-25s in a Plan Canada survey of 2,000 cisgender women conducted in early 2018 said they struggled to afford menstrual products. (It did not include the specific experiences of trans men and non-binary menstruators.)

Those in Indigenous and rural communities suffer acutely from a lack of affordable access, with a box of tampons costing between $16 and $40 in rural Indigenous communities that Bleed the North is trying to reach.

“I think one for us coming into 2021 is figuring out how we can support communities that we don't necessarily live near because obviously a lot of us are young 17, 18-year-olds who in their cars go to different communities and drop off products to shelters,” Rittinger said, noting it might make more sense to fundraise and e-transfer to remote shelters and other sources.

Bleed the North itself has largely subsisted on small individual donations of cash and goods to distribute, including a contactless drive-thru drop-off where it raised $500. A peer organization called Menstruation REDefined hosted a virtual art auction and sent them half the proceeds.

The federal government proposed to make federally regulated workplaces provide workers with free menstrual products in May last year, while in Ontario a bill tabled by the opposition NDP’s Bhutila Karpoche at around the same time to declare a provincial menstrual hygiene day has stalled at first reading.

The group said it has received interest from advocates on university campuses and other sites in other provinces (it has a couple in Quebec already) and is looking to expand across the country next year.

“We're hoping to expand nationally next year and having contacts all across the country that we can rely on to start this in their own communities and hopefully reach as many people as possible.”

“Not all women menstruate and

“Not all women menstruate and not all those who menstruate are women.” No but ONLY women menstruate. It's dehumanizing to women to refer to us as "menstruators" which this article does, presumably to not offend people who are under the delusion that biology is actually a matter of identity. Our sex is coded in every somatic cell of our bodies. If you are born female you will always be female. The National Observer should stop pandering to ideologues who ignore biology by using terms like "menstruators" to mean women.