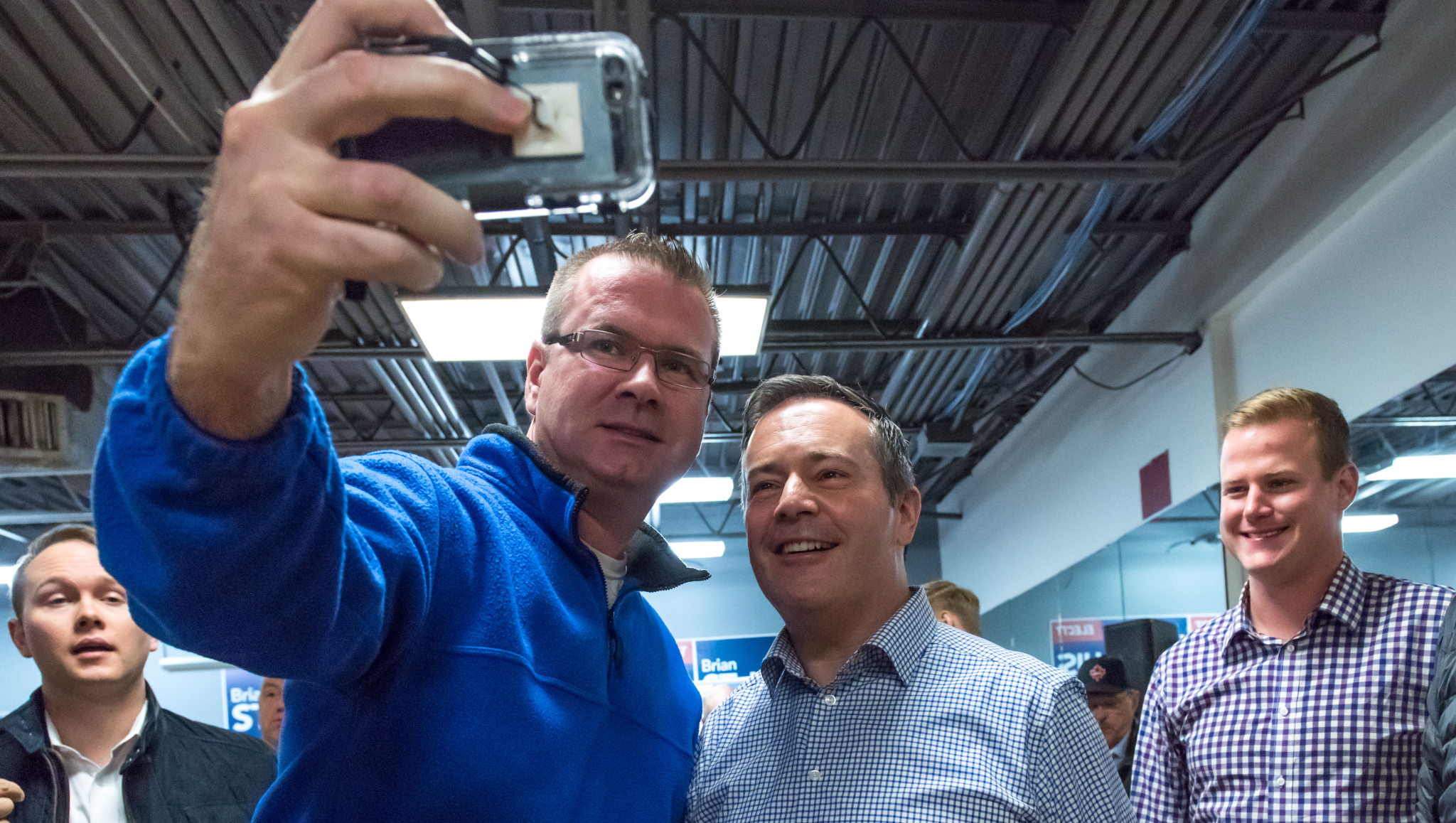 Jason Kenney may be a practising Catholic, but over the last few months he has made it clear that he worships most enthusiastically at the altar of personal responsibility. And while the recent spike in COVID-19 cases in Alberta has alarmed doctors across the province, who recommended a series of decisive actions aimed at slowing its spread, that apparently didn’t shake Kenney’s faith.

During a Nov. 12 press conference at which his government announced a series of new (and limited) restrictions, Kenney reiterated his belief that Albertans could be trusted to do the right thing — evidence to the contrary notwithstanding.

“We are putting our faith in the good judgment of Albertans,” the premier said, “which is why these measures are voluntary right now.”

Albertans quickly proved that his faith was misplaced, and Kenney was forced to announce additional restrictions less than two weeks later. But even then, Kenney made it clear that a “just watch me” moment wasn’t in the offing.

Even something like a mandatory mask mandate, which is now in place in every other province in Canada, was apparently too much to ask. During a Nov. 25 Facebook Live event, Kenney said: “I think we continue to encourage mask wearing in crowded areas where people cannot physically distance, in workplaces where it makes sense, particularly in areas of high transmission, but that we not create a condition where there’s a backlash.”

Kenney’s timid approach to the pandemic isn’t making life any easier for Alberta’s doctors and nurses, who have to deal with the surge in cases. But it’s not great for his own political health, either. Despite the fact that Canada’s other premiers haven’t exactly covered themselves in glory on this issue, Kenney continues to have — by far — the lowest approval ratings in the country when it comes to managing COVID-19.

According to a recent Leger poll, 59 per cent of Albertans were either “very” or “somewhat” dissatisfied with his government’s response.

And no wonder. At a moment where the situation clearly calls for a show of political resolve, Albertans are getting the tedious moralizing of a frustrated but ineffectual parent. Instead of imposing measures that might actually reduce the spread of the virus — from the suspension of indoor dining, bars and religious services to more effective work-from-home directives — Alberta’s government instead limited attendance at weddings and funerals and asked bars to close a few hours early.

For Kenney, it’s apparently more important to honour his pre-existing ideological commitments than address the situation at hand: “It’s no secret that I do not want to take an approach that restricts people’s fundamental rights and freedoms (or) their ability to gain a livelihood.”

Kenney is not alone here. For conservative premiers across the country, and conservative politicians throughout North America, protecting the freedom to do business seems more important than preventing the spread of a deadly virus. In a Nov. 23 tweet, Ontario Premier Doug Ford noted that “COVID fatigue is setting in on all of us, but we all have a part to play.”

"Jason Kenney’s timid approach to the pandemic isn’t making life any easier for Alberta’s doctors and nurses, who have to deal with the surge in cases," writes @maxfawcett. #COVID19 #cdnpoli

That part? “When holiday shopping,” he continued, “please shop locally through curbside pickup or online stores and support our restaurants by ordering takeout.”

The problem with that approach is that the virus doesn’t believe in personal responsibility, and its spread is an even bigger threat to people’s livelihoods than any short-term shutdown. The province could have done more than hectoring Albertans and implementing cautious, limited restrictions. And it could, and still can, use its balance sheet to support vulnerable businesses like restaurants and bars, and pay them to remain closed for the time that’s needed.

It can drop its hostility with Ottawa and allow the federal contact tracing app to work in Alberta, where it might begin to more effectively track the more than 80 per cent of cases whose origins can’t be identified right now. And it can temporarily abandon its loyalty to an idea and ideology and instead do what’s required to protect citizens from the lethal consequences of an overburdened health-care system.

That seems unlikely, though, given the premier’s obvious unwillingness to abandon his ideological beliefs. Even in announcing additional measures, he emphasized how uncomfortable he was in doing it — and incorrectly suggested that the Charter of Rights and Freedoms prevented him from implementing a full lockdown. That, he said, would “be an unprecedented violation of fundamental constitutionally protected rights and freedoms.”

But it’s not just law professors and constitutional experts who disagree with Kenney here. So does Pope Francis, who took aim in an op-ed for the New York Times at those protesting mask mandates and other COVID-19 measures.

“It is all too easy for some to take an idea — in this case, for example, personal freedom — and turn it into an ideology, creating a prism through which they judge everything,” he wrote.

Kenney may yet pay a political price for his unwillingness to deviate from his ideological beliefs on personal responsibility and government intervention. But as the current numbers make brutally clear, hundreds of Albertans have already paid a much higher one. And make no mistake: It didn’t have to be this way.

Max Fawcett is a freelance writer and the former editor of Alberta Oil and Vancouver magazine.

Is Kenney following Mike Pence, who famously congratulated citizens for doing all the right things to rid themselves of COVID-19 while doing not much himself to aid his constituents?

How much longer will JK continue to value business — which cannot thrive without a healthy populace — over the health of long-suffering Albertans?

Don't forget - those same "long-suffering Albertans" voted Mr. Kenny in...
All this talk of whether one "believes" in the virus and the pandemic is definitely mis-spoken!! It's NOT a matter of belief, but a matter of fact!
I still say the comparison that must be made is with the scenario that exists when one enters a public hospital in Canada and leaves any self-direction outside the door! The people inside who run the place TELL you what's going on, because they are the experts! That is how the pandemic must be handled for the common good! It's we in the west who have come to worship self satisfaction and economics (= greed!) over the survival of everything else! Just look at how things are in the far east where nobody argues with state orders!
Thank you.

Thank you National Observer for finally shining a spotlight on the UCP/Jason Kenney’s lacklustre response to COVID in Alberta! The silence has been deafening!

Kenney’s repeated assertions about not wanting to trample anyones “constitutional rights” has a nauseating republican ring to it, leading this province to where we are now in response to this pandemic...the only thing missing are the “Don’t Tread on Me” t-shirts. This premier unreservedly supports peoples “constitutional right to demonstrate” about restrictions intended to limit the spread of COVID, which is pretty much a nod to his base. So much for the rest of us. This is the “Alberta Advantage” on full public display folks.

This is the face of the new conservatism in Canada. We got a four star republican “wannabe” loser for a premier. It happened to Albertans, it can happen elsewhere in this country. Don’t lose site of that possibility.

The scenario in Alberta is

The scenario in Alberta is adding up to a classic struggle between science and ideology. Another view would be a 21st Century narrative competing with outdated attitudes from the 19th.

What are the chances we'll see Kenney on 'The National' fully suited up and touring the COVID ward of Edmonton's Alexandra Hospital? Or even in the same conference room in an open discussion on the pandemic directly with epidemiologists and frontline workers, all socially distanced and wearing masks?

I'd bet a Loonie the answer is nil.

Look where Kenney and the UCP

Look where Kenney and the UCP are now. International stories on the disregard of how insulting Aloha-gate snafu is to the citizens of Alberta. They needed to wear this for a long time so I'm relieved to an extent that the rest of Canada can see what we are up against here.