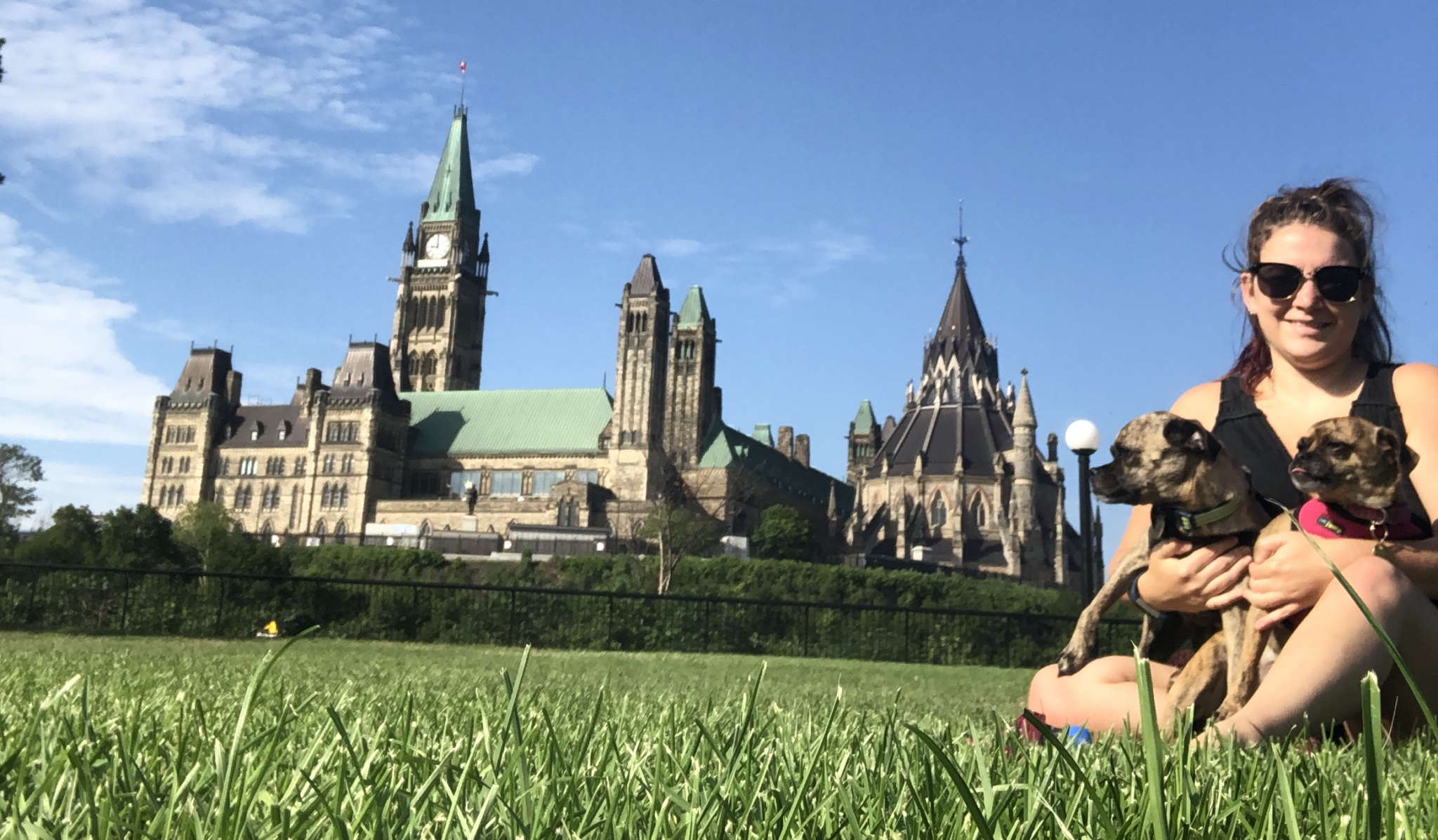 Ashley Lees, seen here outside Parliament in Ottawa, says the federal government should not be collecting student loan repayments during the COVID-19 pandemic response. Photo supplied by Ashley Lees
Previous story
Next story

At the end of last month, 28-year-old office administrator Ashley Lees found herself with $2 left over after paying rent and other bills, including $362 due on her student loan.

Lees and thousands of other students and recent graduates in Canada face renewed financial uncertainty after the federal Liberal government did not extend a six-month repayment freeze, forcing them to pay back more than they can afford in a ravaged economy where young people have found it especially difficult to find and keep work.

Lees, who graduated in 2016 with $31,000 in student debt, tried in early October to extend the repayment assistance plan she’d been on before the COVID-19 pandemic, but was rejected for earning over a threshold amount that, at $25,000 a year before taxes, is below the poverty line.

“If our MPs were living on some of the wages that we are, this wouldn’t be a thing,” she said, speaking days after the government released a fiscal update that provided little comfort to students.

Lees says she didn’t learn about the rejection until a pre-authorized payment was rejected and she’d waited on hold with the National Student Loan Service Centre (NSLSC) for two hours earlier this week.

Patty Facy, who graduated from a master's program in technology design at the University of Toronto this spring and has since only managed to secure contract work, echoes the frustration of Lees and thousands of other students unable to reach the bureaucracy meant to help them.

She says her application for relief, also filed in early October, is still pending at NSLSC (meaning payments should be paused pending a decision), but that her account informs her that payment is past due.

“People have given up expecting any coherent or consistent information,” she said, noting that students are expressing their frustrations on Twitter in stories collected under the #nslsc hashtag.

“There's no policy that’s really helping young Canadians who are feeling very vulnerable financially, but a huge part of this is also a matter of infrastructure — where is the digital infrastructure to actually support people right now?” she said.

Students and recent graduates face renewed financial uncertainty after the federal government did not extend a six-month loan repayment freeze, forcing them to pay back more than they can afford in a ravaged economy amid COVID-19.

Ottawa had announced a freeze on student loan payments in March, but let it expire at the end of September and assigned no funding to that task in its budget update released on Monday.

The government did say it would extend a halt to interest accrual of the federal portion of student and apprentice loans for 2020-21, which they expect would cost them $321 million.

The lack of an extension of student loan relief is particularly confounding given it appears to ignore that the House unanimously adopted a private motion put forward by NDP MP Heather McPherson last week to extend the moratorium for eight months, from Oct. 1 to May 31, 2021.

McPherson said she is hearing from many of her constituents — the Edmonton Strathcona riding includes the University of Alberta’s campus — facing dire circumstances and that government officials “don’t seem to care.”

“It’s crazy how students have been left out in the lurch here,” she said, adding that the NDP planned to keep fighting. “This is a pretty giant injustice that’s happening.”