MP urges Ottawa to suspend rule, $12K fines for passengers remaining in cars on BC Ferries 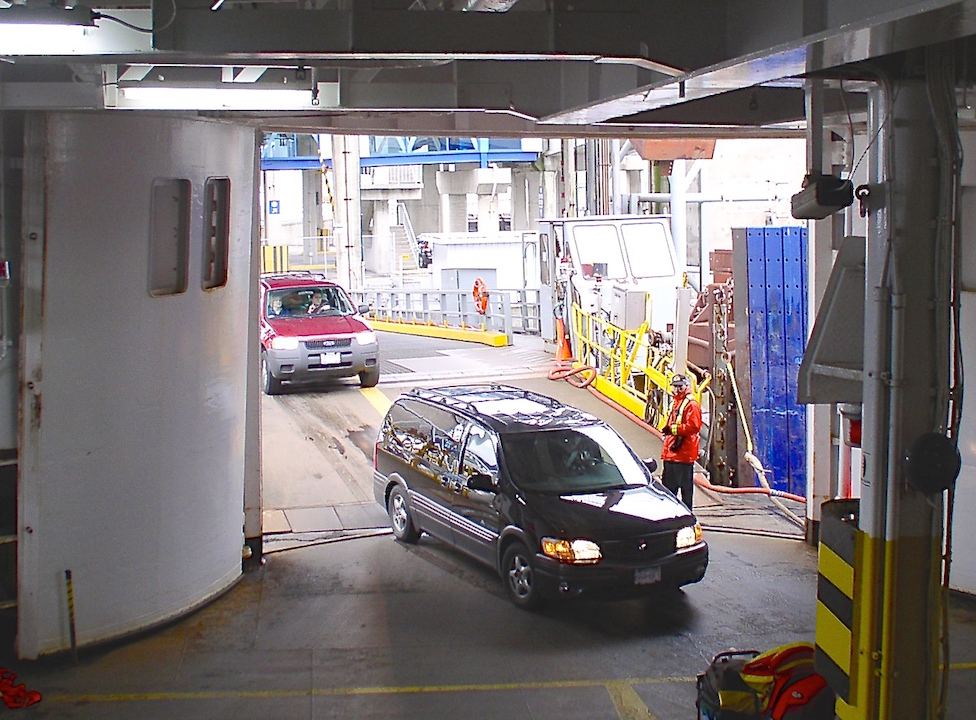 West Coast MP Rachel Blaney is calling on Ottawa to suspend rules and fines for the 1,000-plus passengers who are staying in their cars on BC Ferries. Photo by Tawker (CC BY 2.5)
Previous story
Next story

A West Coast MP wants the federal transport minister to ditch fines in the thousands of dollars and allow BC Ferries passengers to remain in their vehicles on enclosed car decks to protect themselves from COVID-19 despite regulations against the practice.

Rachel Blaney, North Island-Powell River’s NDP MP, has written to Transport Minister Marc Garneau questioning the logic of potentially fining people up to $12,000 when they are heeding public health orders to keep their contact with other people to a minimum.

“We’re in the middle of a pandemic and case numbers are growing in B.C.,” Blaney said.

“And obviously it’s a concern to the point that people are willing to be written up and risk fines on the ferries to prevent exposure to COVID-19.”

In the initial wave of the pandemic, Transport Canada temporarily waived regulations requiring people in cars on closed decks to head up to passenger lounges.

But the federal agency rescinded the exception granted to ferry operators at the end of September.

Blaney said she has made her second appeal to Garneau after learning 1,000 people have defied the order and have been reported to Transport Canada.

The risks of exposure to the virus are higher now than during the initial exemption, Blaney said, adding B.C. Premier John Horgan has also called on Ottawa to extend the exemption.

“The minister previously paused that rule so that people could stay safe,” she said. “Now, when case numbers are growing, why won't he do it again?”

“Obviously it’s a concern to the point that people are willing to be written up and risk fines on the ferries to prevent exposure to #COVID19,” said MP Rachel Blaney, calling on Ottawa to allow BC Ferries passengers to stay in cars on closed decks.

Ferry workers have not been policing passengers who choose to remain in their cars, said BC Ferries spokesperson Deborah Marshall.

Staff has been handing out Transport Canada leaflets to passengers who don’t leave the decks that outline the regulations and potential penalties, she said.

Those who elect to stay in their cars have their information forwarded to the transport ministry, she added.

Marshall confirmed more than 1,000 incidents have been reported to Transport Canada, most often on the sailings between Horseshoe Bay on the mainland and Departure Bay on Vancouver Island.

But the vast majority of passengers have been complying with the regulation, Marshall said.

The rule is in effect again because Transport Canada believes that new distancing and cleaning protocols on the provincial ferry service mitigate the risk individuals face from COVID-19 exposure, she added.

“We certainly understand people are concerned about COVID-19,” Marshall said, adding there a number of risks associated with staying on a car deck.

Though it’s unlikely, a car fire could pose serious danger in an enclosed deck, she said.

“A customer in their vehicle could be overcome by smoke inhalation or might not be able to find their way out of their vehicle or get through to a stairwell to get upstairs,” she said.

Blaney feels the current risks from the virus are greater than those from remaining on closed decks.

And she has asked for the risk assessment the transport ministry relied on to make its decision.

Constituents in her riding, particularly those who are vulnerable to the virus but must travel to seek medical attention, are expressing grave concerns, Blaney said.

“People are very scared,” she said.

“They're already travelling to access the care that they need from bigger centres, asking them in their health conditions to risk exposure just adds to the tension.”

Ferry passengers here in BC

Ferry passengers here in BC do not understand why this rule was reinstated just as the second wave took hold. The Covid situation is much more dire now than it was during the summer. BC Ferries has an excellent safety record, and I for one am prepared to take my chances remaining in my car on a closed deck instead of mingling with other passengers. I would happily sign a legal release to that effect.