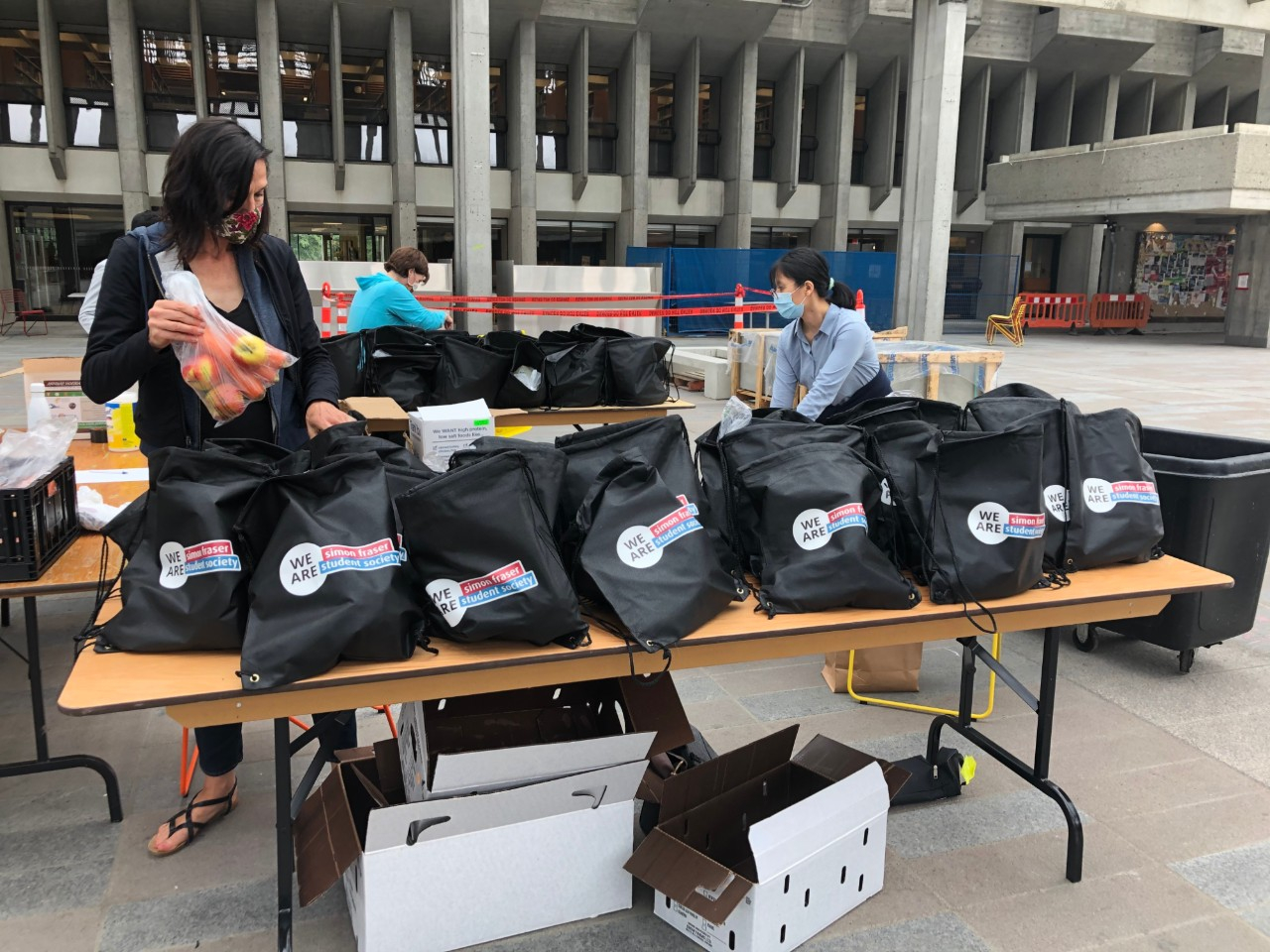 Tara Flynn at the Simon Fraser University Food Hub working with members of the student society and in collaboration with the Burnaby Neighbourhood House. Photo by Simon Fraser Student Society, provided by Tara Flynn
Previous story
Next story

As students at Canadian universities struggle with high rates of food insecurity, some post-secondary institutions in B.C. are testing out new strategies to support students’ access to food.

Food insecurity is one of Canada’s major health issues. One in eight Canadian households experiences inadequate or insecure access to food. Between 2008 and 2018, an additional one million people reported being food insecure, bringing the total to a staggering 4.4 million.

The problem is even more prevalent among university students. According to Meal Exchange Canada, approximately 40 per cent of students at Canadian universities experience some degree of food insecurity, which is four times higher than the general population.

At the University of British Columbia, data continues to show the number of students experiencing food insecurity is three times higher than the general population in B.C., where 12.4 per cent of the population was food insecure in 2017-18.

What are universities in B.C. doing to help their students during the pandemic?

To bring food closer to students living on Simon Fraser University’s mountaintop campus in Burnaby, the school opened the SFU Food Hub in mid-July as a three-month pilot program. The program, which ran in collaboration with Burnaby Neighbourhood House and the Simon Fraser Student Society (SFSS), ended in early October and fed around 1,000 people.

“One of them was to change the name; it was not a food bank, it was a food pantry,” she said. The pantry was modelled as a grocery shop so that students weren’t handed pre-packaged food bags, but could choose the items they needed.

“People want to be able to have someone who will listen to their story, and will understand that they’re having a tough time,” said Simone Brandl, program director of Burnaby Neighbourhood House and co-ordinator of food security for the City of Burnaby.

Brandl believes by building connections between people, food hubs can become places they can go to without feeling humiliation. She says the pilot program succeeded on that front.

Students at Canadian universities are experiencing food insecurity at four times the rate of the general population. What are post-secondary schools in B.C. doing to help? #foodsecurity

“All of our friends who came together, they appreciated it, and they felt comfortable interacting,” Samad Raza, vice-president of external relations at the SFSS, said.

Although the pilot project was designed to respond to an uptick in food insecurity brought on by COVID-19, it managed to start a larger conversation about long-term solutions, Flynn said.

SFU is working with Embark, which runs sustainable food initiatives at the university, such as Learning Garden programming where students grow and harvest from their own plots. Farm to Campus and Food Rescue are initiatives where imperfect produce rejected by supermarkets for its appearance is redistributed to the university community.

UBC has plans to launch a digital meal donation program early next year for its Vancouver and Okanagan campuses where students can access food dollars directly on their UBC student card when faced with a food emergency.

“It's meant to be a low-barrier, stigma-free way to access emergency food,” Kozicky said.

Students can sign up for the program by filling out a form, and “just like anyone else, they can walk up to a food outlet and buy something on their UBC card. Nobody knows that they've accessed the emergency support,” she said.

Over the summer, UBC handed out community food hampers and led a pilot trial with the AMS Food Bank and UBC Botanical Garden to distribute the garden’s excess produce. The university envisions a physical food hub where students can have communal kitchens and lead community-based participatory research.

The university’s commitment to promoting food security has led to the creation of a food security project manager role and an applied research co-ordinator — making it the only higher education institution in Canada to have two positions focused on food security.

Kozicky ultimately wants to have a coalition of post-secondary institutions where schools can work together to address complex food security issues. Flynn agrees.

“I really feel like all the universities could ... keep sharing these ideas and really branch it out,” she said.