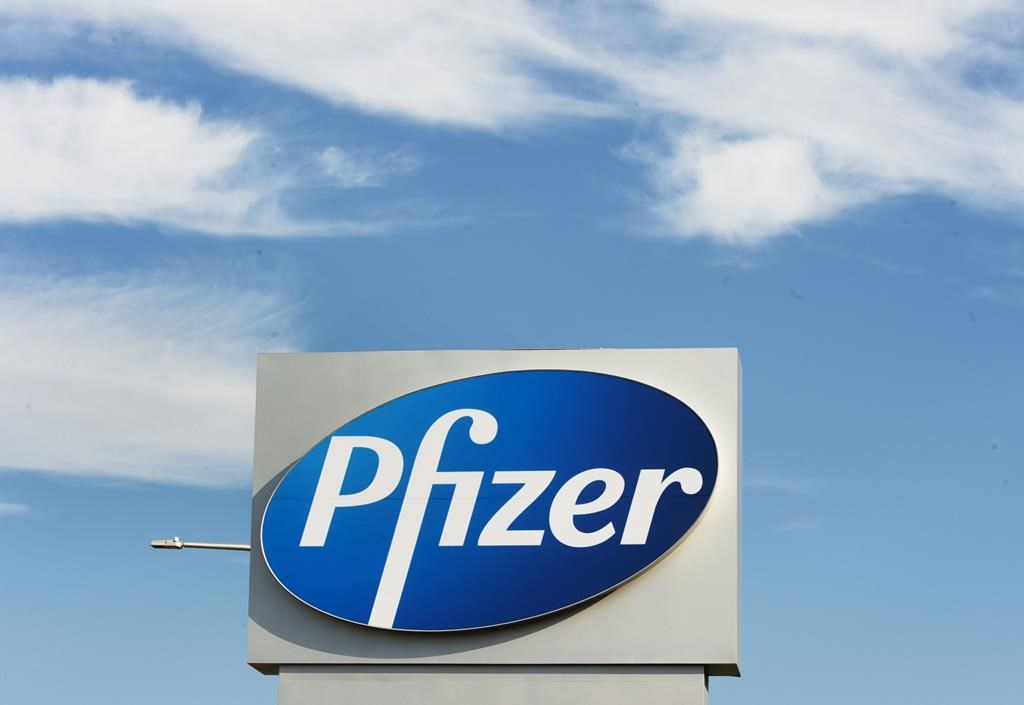 The corporate headquarters of Pfizer Canada are seen in Montreal, on Monday, Nov. 9, 2020. The chief medical adviser at Health Canada says Pfizer's COVID-19 vaccine could be approved in Canada next month. File photo by The Canadian Press/Ryan Remiorz
Previous story
Next story

Prime Minister Justin Trudeau said that a small number of the most vulnerable in Canada could get Pfizer's COVID-19 vaccine before the holidays.

Here are five things to know about the vaccine's rollout:

Who will get the vaccine first?

The Public Health Agency of Canada is overseeing the vaccine distribution to the provinces, but provincial governments decide who gets it and when, and puts in place the plan for that to happen.

The National Advisory Committee on Immunizations last week recommended priority be given to residents and workers in long-term care homes, front-line health workers, people over the age of 80 and adults living in Indigenous communities.

But, remote locations, including northern Indigenous reserves, won't be getting the Pfizer vaccine for now because of the need to keep it so cold before it is ready for use.

Everything hinges on Health Canada approving the Pfizer vaccine, with a decision expected on that in the coming days.

Trudeau said that if approval comes by the end of the week, Canadians will begin getting vaccinated next week.

How much of the vaccine will Canada get?

Trudeau said Monday the contract with Pfizer and its German partner, BioNTech, was adjusted this week to reflect that up to 249,000 doses of their vaccine will be delivered to Canada before the end of December.

Newfoundland and Labrador Premier Andrew Furey said he anticipates receiving 1,950 doses at the receiving site in St. John's next week.

Quebec Health Minister Christian Dube said four shippers with about 4,000 doses are to go to Quebec next week, which will be distributed to long-term care homes and residential seniors' homes first.

Retired Gen. Rick Hiller, who is leading Ontario's vaccine task force, said a very small number of doses would land in that province next week, but that he anticipates 2.4 million doses in the first three months of next year.

How will be the Pfizer vaccine be distributed?

Pfizer is shipping its doses from its manufacturing plant in Puurs, Belgium, directly to 14 receiving sites in each province that are equipped with at least one ultralow temperature freezer.

There are two delivery sites in Ontario, Quebec, British Columbia and Alberta, and one in each of the other six provinces. None of the early shipments are headed for the territories.

Canada and the provinces enacted a "dry run" Monday, with empty boxes shipped from Belgium to test Canada's readiness.

Most provinces indicated they are ready now to receive the vaccine, including having ultralow temperature freezers set up at the receiving sites.

Pfizer's vaccine has to be kept frozen below -70 C until just before it is diluted to be injected into a patient.

The company has developed special thermal shipping boxes that can carry the doses, packed on dry ice, for up to 10 days.

The shippers can be used as temporary storage on sites where the vaccines are going to be injected as well. In between they must be stored in ultralow temperature freezers.

The vaccine can be kept in a refrigerator, at temperatures between 2 C and 8 C for up to five days, and then at room temperature for no more than two hours.

Each shipping box is equipped with a GPS-enabled thermal tracker to monitor the location and temperature during shipping.