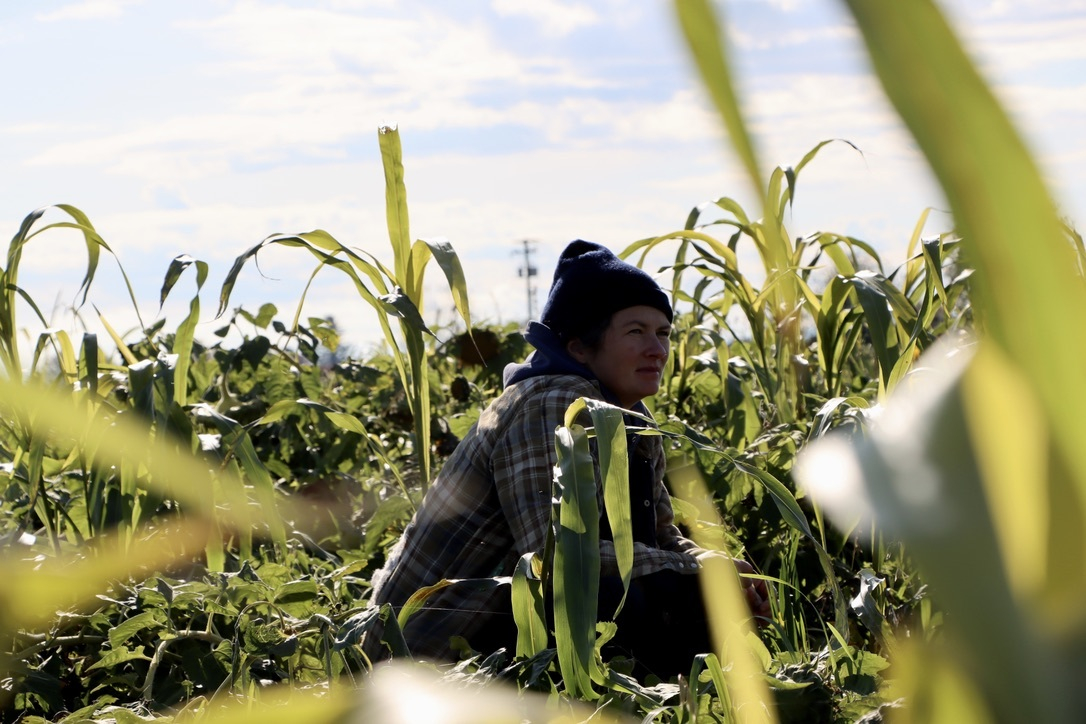 It’s tough breaking into the industry for new farmers, but recently announced funding in B.C. could make it easier.

Through the program, individual farm businesses — which must have an annual gross revenue of less than $60,000 in the last two years — can receive a maximum of $17,500.

Sara Dent, the executive director and co-founder of the Young Agrarians, a network for young and new ecological farmers across the country, says her organization views the B.C. government's new pilot program as a needed investment.

“It basically means that government is willing to invest in startup, especially at a time where we have market failure conditions for agriculture, where the cost of land and production exceed, generally, what farmers can make farming the land,” she said.

Dent points to the low number of people becoming farmers as something she hopes to see shift as a result of initiatives like the pilot program. B.C. lost about 3,000 farmers between 2011 and 2016, according to the provincial government, and only nine per cent of the province's farmers are under the age of 35.

Yuko Suda, owner of Brave Child Farm in Surrey, has experienced the difficulties of being a new farmer first-hand. She started her small-scale operation, which focuses on Asian vegetable production, three years ago.

Like almost two-thirds of farmers in the country, Suda doesn’t come from a farming background and had to start from scratch. She says having financial help when starting up would have made a big difference in how much food her farm was able to grow.

“I think we could have increased production quite dramatically because we would have the right equipment right off the bat. But the first year ... we went with a cheap (greenhouse) tunnel. And it still works. And I suppose some people will say, ‘Well, that's how you run a business,’” she said.

It’s tough for new farmers to break into the industry, but recently announced provincial funding in B.C. could make it easier.

“But given that food is not a profitable business, having the right equipment right off the bat, I think, is huge.”

The government says the program’s goal is to help build a stronger food economy following the pandemic and that the number of applicants is expected to exceed available funds. The program is open to applicants until Dec. 15.

“During COVID-19, we have seen the incredible importance of having a strong local food economy to put food on the table and keep people working,” said Agriculture, Food and Fisheries Minister Lana Popham in a press release.

“B.C.’s farmers and food producers have stepped up to the challenges of COVID-19, and we are working with them to put us on the path to a strong recovery with investments in new and improved programs that will feed people and strengthen our economy.”

Dent sees the program as a stark contrast to where agricultural funding has gone thus far. She says economic support for agriculture at the federal and provincial level has historically gone to medium or large-scale farms.

B.C. is also behind other provinces in offering support — Quebec has a similar program that has been around for years, offering $10,000 to $50,000 in funding for young producers.

Ultimately, Dent says young farmers being successful could mean a chain reaction — the start of new farms being able to transition to new generations. She adds that a program like this being offered annually could be a good start.

“I think what we really need is a renaissance and people growing food and reconnecting to their food and their food supply as a way to have healthier lives,” she said. “I really think food is the kind of vehicle for change in the world.”