Quebec orders all non-essential businesses closed from Christmas until at least Jan. 11 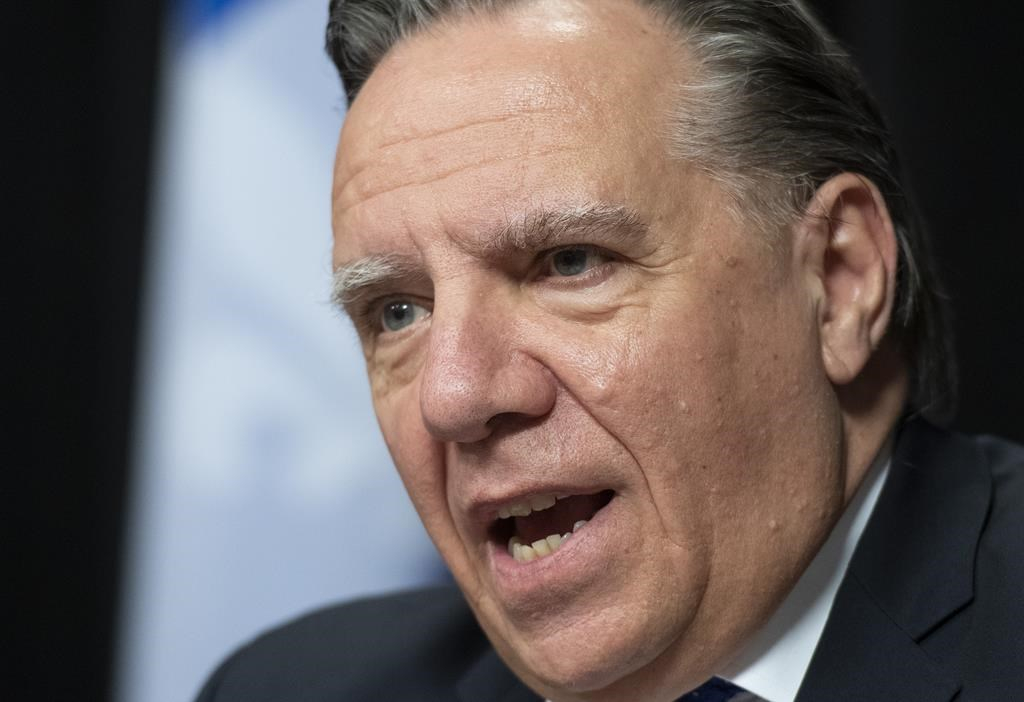 Quebec Premier Francois Legault speaks during a news conference marking the end of the fall session ad the COVID-19 pandemic report, Friday, December 11, 2020 at the legislature in Quebec City. File photo by The Canadian Press/Jacques Boissinot
Previous story
Next story

Quebec is shutting down most businesses and all primary and secondary schools until at least Jan. 11, as authorities try to get a handle on a second wave of COVID-19 that is forcing hospitals to scale back services.

Premier Francois Legault told reporters Tuesday he's hopeful his plan will "give us every chance to break that second wave so that we can then start to reopen." Legault said all non-essential businesses across the province will be closed from Christmas until at least Jan. 11, meaning Boxing Day is cancelled.

Only businesses such as grocery stores, pharmacies, hardware stores and car-repair shops will be allowed to remain open; big box stores such as Walmart and Costco will be forbidden from selling goods that are deemed non-essential, Legault said.

Offices will be forced to shutter and employees will be required to work remotely beginning Thursday until at least Jan. 11, with few exceptions. The manufacturing industry, however, will remain open.

Elementary schools, which were supposed to close Thursday and reopen Jan. 4, will instead be closed until at least Jan. 11. High schools were already scheduled to reopen Jan. 11 and for now, Legault said that plan hasn't changed.

"We think that these measures will give us every chance to protect our hospitals and health workers," Legault said.

On Tuesday, Quebec reported 1,741 COVID-19 infections and 39 more deaths linked to the novel coronavirus. Health officials said hospitalizations rose by 69, to 959, and three more patients were in intensive care, for a total of 125.

Legault said hospitals are under too much pressure with COVID-19 patients for him to let businesses stay open. More than 7,400 health-care workers across the province are off sick or on leave, he said. The health minister announced in early December that hospitals have been forced to cancel or suspend some non-emergency surgeries and appointments.

The premier also moved all the regions that were still under the "orange" alert level, to red, the maximum level. Much of the province has been in the so-called "red" zone since October, in which bars, restaurant dining rooms, gyms and entertainment venues are closed.

Despite bringing mostly bad news to the province, the premier said he would relax certain restriction on gatherings and outdoor sports. People who live alone will be allowed to join a single family bubble during the holidays, he said. Also, outdoor activities such as skiing and hockey will be permitted for parties up to eight people.

Health Minister Christian Dube told reporters, "we hope the combination of all those measures will make a big difference."

"The vaccine is coming too," said Dr. Horacio Arruda, Quebec's director of public health. "Even if we can't vaccinate all the population by January and February, because we will vaccinate the people at higher risk … the impact of the epidemic will be different."

Dube said Quebec vaccinated 900 people on the second day of its inoculation campaign. On Monday, authorities said they vaccinated 298 people with the Pfizer-BioNTech COVID-19 vaccine.