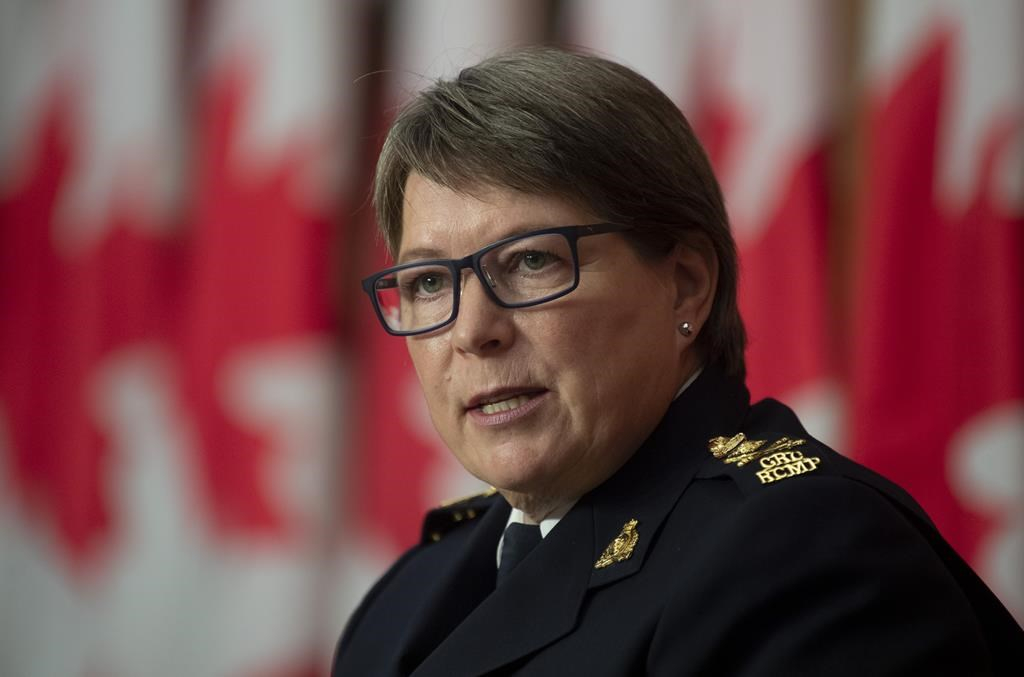 OTTAWA — The RCMP has agreed to revamp its policies on the collection and use of information about protesters after a watchdog expressed fresh concerns, a notable shift from the police force’s position only months ago.

RCMP Commissioner Brenda Lucki largely embraced a series of Civilian Review and Complaints Commission recommendations that could better protect the privacy of activists.

Lucki acknowledged the inadequacy of current data-handling practices in her response to the commission’s investigation into Mountie surveillance of opponents of the now-defunct Northern Gateway pipeline project.

The British Columbia Civil Liberties Association lodged a complaint in February 2014, saying the RCMP improperly collected and shared information about people and groups who peacefully opposed the project and attended National Energy Board meetings.

The complaints commission concluded the RCMP acted reasonably for the most part.

The commission’s long-awaited final report on the matter, made public Tuesday, said it was acceptable for the Mounties to monitor demonstrations, record video of protesters, scour social media and other open sources for information about activists and collect licence-plate numbers for intelligence-gathering purposes.

However, the commission also found RCMP policies lacked clear guidance when it comes to collection, use and retention of such information.

It recommended the police force:

"Canadians have the right to expect that the police will not retain their personal information simply for engaging in peaceful protest," the complaints commission’s final report said.

"From an operational standpoint, the commission acknowledges the need for the police to be able to exercise good judgment and operate with reasonable flexibility. Nevertheless, the net should not be cast wide, and the indiscriminate or widespread collection and retention of personal information of individuals exercising charter-protected rights cannot be the goal."

The Civilian Review and Complaints Commission's long-awaited final report on the matter, made public Tuesday, concluded the #RCMP acted reasonably for the most part.

The complaints commission said it hoped that Lucki would take "substantive action" based on her five-page November response to the investigation’s interim findings, in which she expressed support for several recommendations. The commission noted Lucki had rejected similar recommendations in her June response to a probe of the RCMP’s handling of anti-fracking demonstrations in New Brunswick.

In her recent response to the B.C. probe, which the commission characterized as a "striking reversal in position and tone," Lucki cited new information including an internal RCMP audit that found room for improvement in the force’s practices concerning open-source information.

It pointed to the RCMP’s collection and retention of people’s online comments and opinions as well as the compilation of notes on organizers.

The Mounties also tracked and kept records on people who took part in demonstrations, and even attended an organizing workshop in plain clothes at the Kelowna United Church, the group noted.

The association is "deeply disappointed" the complaints commission found most of these activities to be reasonable, even though the commission repeatedly expressed reservations, especially where there was no real suspicion that people might be involved in criminal activity.

The commission wagged its finger, but ultimately gave the RCMP a free pass for activities that are likely offside with the charter, said Paul Champ, a lawyer for the association.

"RCMP spying on people who are exercising their right to dissent is an attack on freedom of expression," Champ said. "It creates a climate of fear that chills free expression and stifles public participation. This report is telling us to accept a police state.”

Added Kai Nagata of Dogwood, a B.C. group that fights for environmental and Indigenous causes: “We cannot accept the idea that anyone who criticizes the government or the oil industry becomes a target for surveillance."

Prime Minister Justin Trudeau said the government would take "a careful look" at the report’s conclusions and recommendations, adding "there is much to do" on how the RCMP deals with certain groups.

The civil liberties association and the complaints commission reiterated their concerns that it took Lucki well over three years to respond to the commission’s 2017 interim report, delaying release of the final document.

"To be effective, a public complaint system must be timely. Delays reduce or eliminate the effectiveness of the commission’s recommendations and perpetuate the underlying problems," she said in the final report.

"Moreover, years of routine delays diminish or destroy public confidence in the RCMP and in its civilian oversight. The outrageous delays in this and the many other cases still awaiting the commissioner’s response cannot continue."

Meaningless. So now they'll collect all the same information, but dispose of it "as soon as practical"--it's just that, you know, for any given time frame it will turn out not to have been practical yet. Twenty years? Yeah, well, you know, we're going to get around to removing that info just as soon as we've got some spare staff time--we're just so busy, and we need to come up with the procedures and guidelines . . .

It's not just the RCMP,

It's not just the RCMP, either. Check out this editorial from the summer of 2019, titled "What CSIS ought to investigate instead." Our government is badly confused about what really constitutes a major threat to national security ... https://rosslandtelegraph.com/news/editorial-what-csis-ought-investigate...