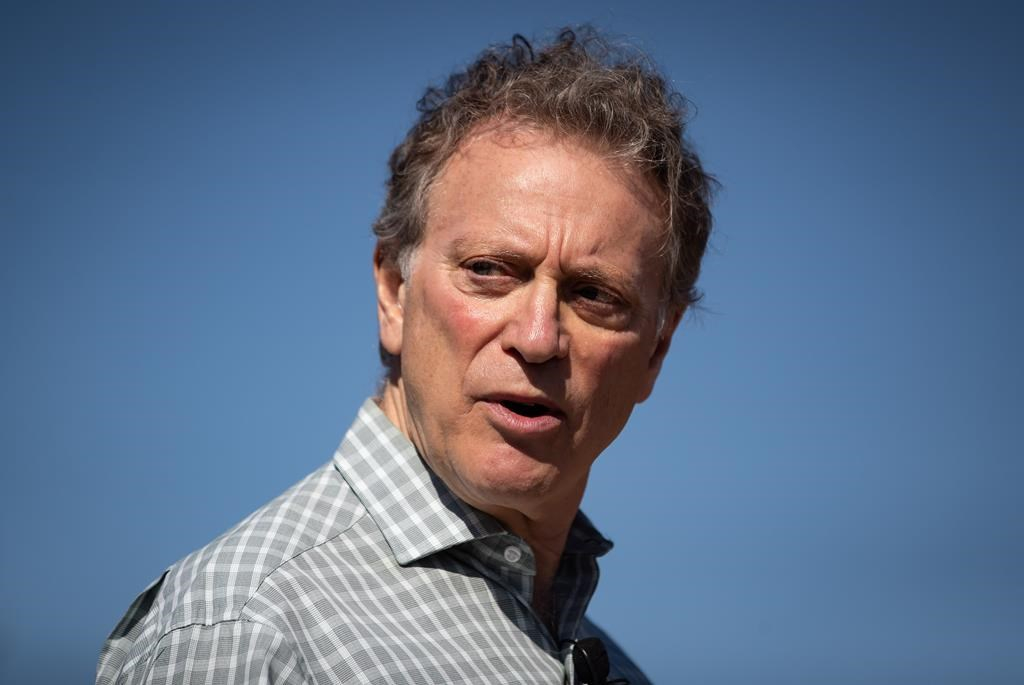 The British Columbia government is setting a new target for cutting greenhouse gas emissions by 2025 after determining it is further from reaching its goals than previously forecasted.

The new emissions target requires greenhouse gases in B.C. to fall 16 per cent below 2007 levels by 2025.

Environment Minister George Heyman said completing a plan to reach the legislated targets in the CleanBC program has been more challenging than anticipated.

The biggest factor in the gap was a change in data and methodology at the federal level that lowered B.C.'s 2007 baseline estimates, he said Wednesday.

Heyman said more needs to be done to meet the targets and the province will set industry-specific targets by March 31.

"The gap that we see today signals the need to redouble our efforts to reduce emissions and to achieve our targets," Heyman told a news conference.

"We are continuing to do significant work to deliver a detailed road map to our 2030 target and we're committed to delivering that by the end of next year."

It shows that in 2018 — the most recent year for which data is available — gross greenhouse gas emissions were 67.9 million tonnes of carbon dioxide equivalent. This represents an increase of 4.5 megatonnes from 2007 levels, and was three per cent higher than 2017 emissions, the report says.

The models suggest emissions were expected to begin stabilizing in 2019 before decreasing in 2020 as CleanBC programs begin to take hold along with the effects of COVID-19.

"The report offers a frank assessment: our climate plan has a gaping hole that we must fill," she said in a statement.

Environmental group Stand.earth said the gap to B.C.'s legislated 2030 target has increased from 5.5 megatonnes in the 2019 report to between 7.2 and 11.2 megatonnes.

"Clearly this is a major setback for the government's plan to meet our climate targets," Sven Biggs, the group's Canadian oil and gas program director, said in a news release.

Andrew Radzik, energy campaigner at the Georgia Strait Alliance, said the government can't expand fracking and the LNG Canada project if it's serious about meeting its climate goals. The report shows that while other sectors have reduced their emissions, oil and gas emissions continue to grow at an "alarming" rate, he said.

Heyman said LNG Canada, which is not yet operational, is not responsible for the gap in reaching the provincial targets. The government has no plans to rule out future LNG expansion so long as it fits within the CleanBC targets.

"This isn't a light switch, this is like a dimmer, we're transitioning," he said. "To transition, you want to support industries that exist today and make them less carbon intensive and promote and support wide diversification into the jobs and economy of the future."

Data in the report is from 2018 and does not yet reflect the effects of what has already been done under CleanBC, he said.

The plan has seen successes, such as the "tremendous" uptake of light-duty electric vehicles, he said.

— By Amy Smart in Vancouver.