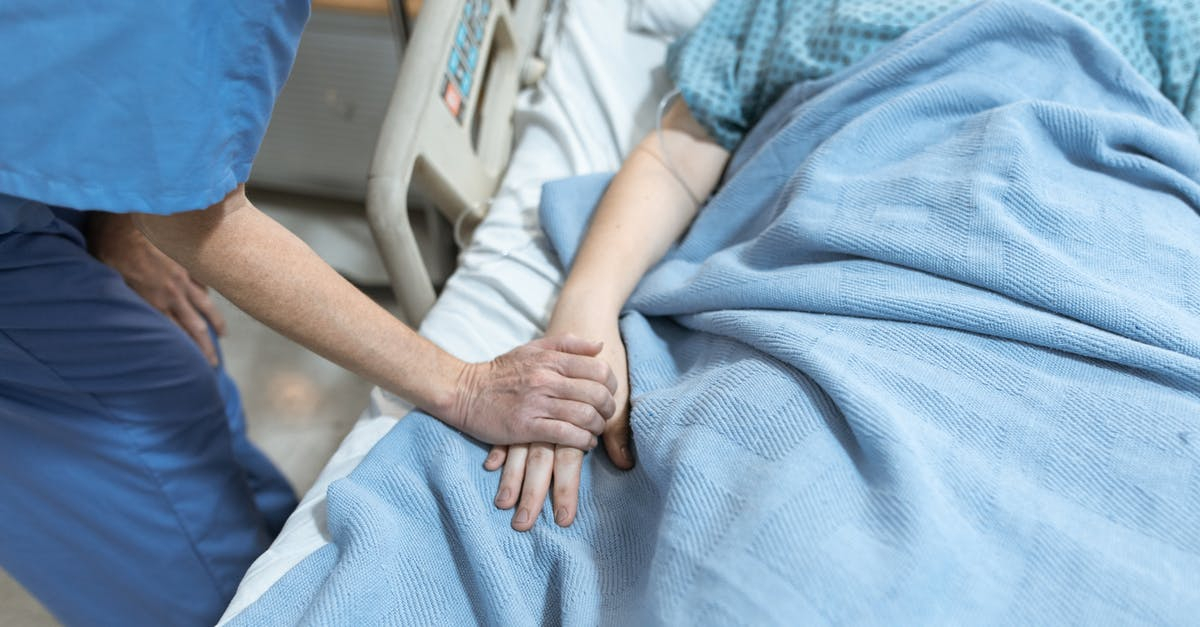 A health-care worker holds the hand of a hospital patient. Photo by RODNAE Productions/Pexels
Previous story
Next story

Canadian senators have started debate on proposed legislation to give some people whose death is not “reasonably foreseeable” access to medical assistance in dying (MAID).

The highly controversial Bill C-7, sponsored in the Senate by Sen. Chantal Petitclerc of the Independent Senators Group, would expand the number of people who can access MAID — an amendment opposed by many Conservative MPs in the House of Commons last week.

The bill attempts to bring the federal law into compliance with a September 2019 Quebec Superior Court ruling by Justice Christine Baudouin, who found it unconstitutional to only allow MAID for people near death, as prescribed in the current law, Bill C-14.

The current law states that only people whose deaths are “reasonably foreseeable” are eligible for MAID, leaving some to suffer with extreme pain or a low quality of life for too long. If successful, Bill C-7 would enable people with lingering, but not imminently fatal, illnesses to seek MAID sooner.

Under Bill C-14, many people with dementia are ineligible for assisted death because they lose capacity to give a final consent immediately before the procedure. C-7, though, proposes waiving the final consent requirement, which would allow patients with capacity-eroding conditions to consent to MAID in advance.

It continues to exclude people who are solely seeking assisted death because of a mental illness.

The changes put forward in C-7 elicited a strong reaction from senators during the first day of debate. While no proposed amendments were made, some senators raised concerns that assisted death should be expanded further to include people suffering from mental illnesses.

Among them is Conservative Sen. Claude Carignan, who believes this is unconstitutional because it deprives people with a mental illness of a benefit offered to others.

“This exclusion perpetuates the prejudice that, generally speaking, people with a mental disability are not in a position to give informed consent to make crucial decisions in their lives,” Carignan stated.

The controversial Bill C-7, sponsored in the Senate by Sen. Chantal Petitclerc, would expand the number of people who can access medical assistance in dying — an amendment opposed by many Conservative MPs in the House of Commons last week. #cdnpoli

Justice Minister David Lametti has said the exclusion is necessary because the medical community can’t agree on whether MAID should be offered to people whose sole underlying condition is a mental illness. A parliamentary review is needed, but no date for such a study has been decided yet, he said.

Carignan also opposes C-7’s proposed minimum 90-day assessment period for people not near death, adding it forces people to live “against their will” longer than they wish.

He suggests a shortened wait time and exceptions for people who have carefully deliberated their MAID request and can demonstrate the 90-day period will cause them extreme suffering despite receiving medical treatments.

Petitclerc, who has a disability herself, said the conflicting objectives are “not mutually exclusive,” and that work needs to be done in both areas simultaneously.

“On the one hand, Bill C-7 aims to allow access to MAID to relieve intolerable suffering before death is reasonably foreseeable,” Petitclerc says. “On the other hand, we must ensure that efforts are put forward to make sure that persons with disabilities have access to everything they need to live a full and rich life.”

She particularly hopes plans to scrap the 10-day reflection period are approved. Many people going through the MAID process fear losing decision-making capacity as they near death and will be forced to suffer intolerably.

“From the feedback we get from clinicians, individuals who proceed with this choice of assisted dying (and) who go through the assessment process have really given it a lot of thought and when that 10-day wait period initiates, there’s an additional anxiety created for them,” Desjardins says. “It would cause further suffering for individuals if that proposed amendment were not to pass.”

Debate on C-7 is slated to end Friday, the deadline imposed by the Quebec Superior Court.

Desjardins hopes the bill passes without any amendments. “People are suffering. People whose natural death is not reasonably foreseeable are also suffering and the delays in passing this bill mean they have to suffer that much longer.”