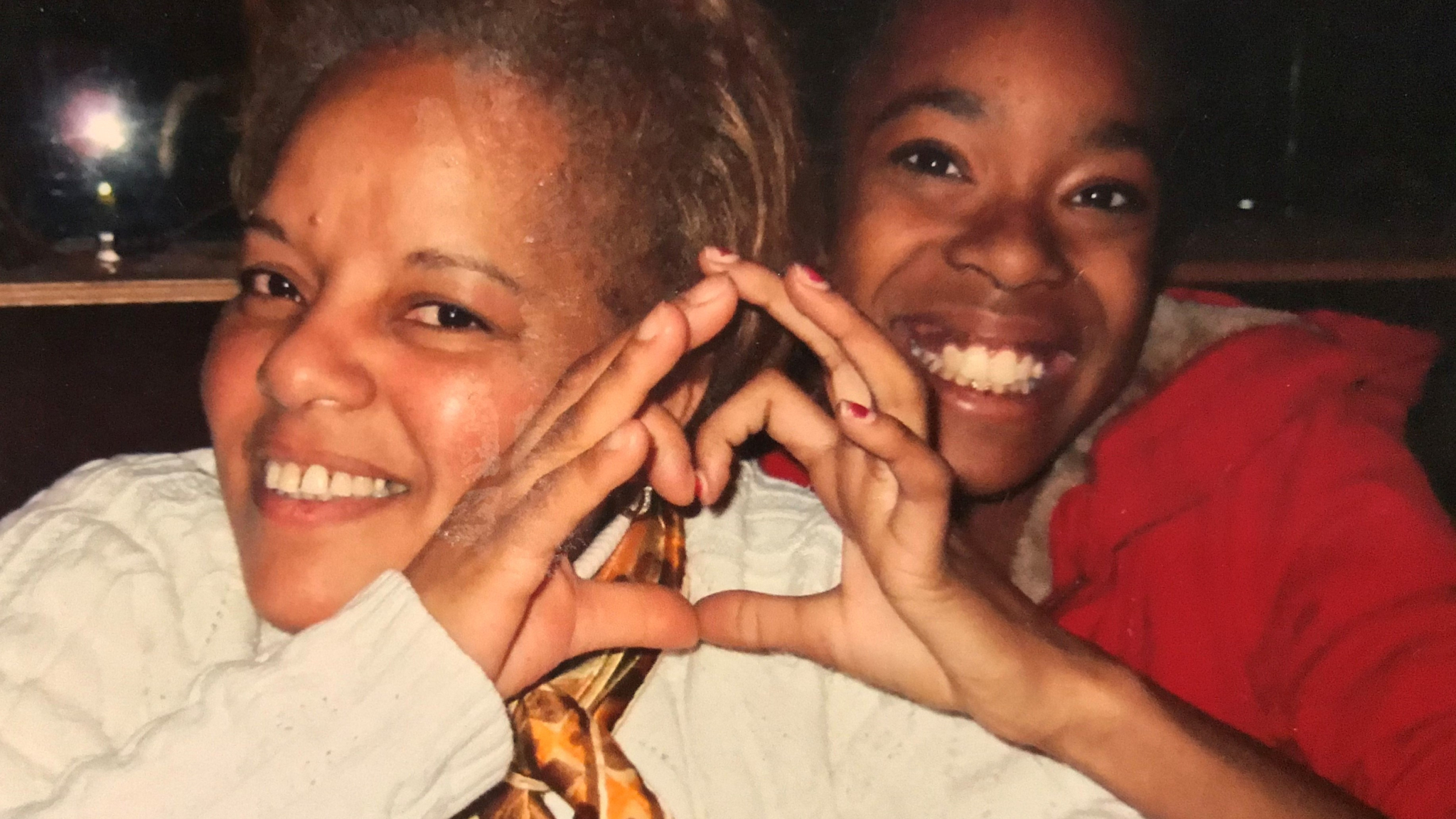 Tamar Bertrand Dos Santos always wanted to work in the medical field, but the COVID-19 pandemic jump-started her on that path.

Dos Santos, 24, lives in Toronto’s Weston and Lawrence neighbourhood with her mother, stepfather and newborn sister. Last year, she watched her grandmother die of complications from diabetes. Dos Santos was not satisfied with the care her grandmother received from her personal support workers, saying they rushed her to eat, and wouldn’t always offer her the privacy she needed to pray. “... My grandmother was very religious and also very particular,” Dos Santos said.

The experience made Dos Santos interested in becoming a personal support worker herself; one who would bring a “different mindset” to the care she offered and change the profession for the better. Several months later, she learned the pandemic had increased demand for personal support workers and submitted a school application.

Dos Santos is one of thousands of students across Ontario flocking to personal support worker training programs in the midst of the pandemic. The majority of these applicants are women, and many are newcomers to Canada. They are opting to become support workers despite the increased risk of catching COVID-19 on the job and the long-standing job-quality challenges faced by workers in the profession.

Applications for personal support worker training are up at six programs across the Toronto area, including Yorkdale Adult Learning Centre, where Dos Santos is studying. For the fall 2020 intake cycle, Seneca College saw 1,200 applications for its certificate program — a 42 per cent increase over the year before. Inquiries about the program were also up 50 per cent at Medix College, a private vocational school.

Alissa Weir, the co-ordinator of Yorkdale’s personal support worker program, believes interest is being driven by the knowledge there are jobs to be had in the industry.

“When people come to my info session, they always say: ‘Can I get a job when I finish this?’” she said.

Her response is a resounding yes.

“I get calls every day from long-term care facilities and agencies asking: ‘Can we have your students? Can you tell your students to contact me when they graduate?’ Everyone is clamouring for PSW students,” she said.

Despite the dangers of working in health care during a pandemic, applications for personal support worker training programs are up. #COVID19 #healthcare

When the pandemic struck in January, many long-term care homes were overwhelmed by surging COVID-19 cases. Personal support workers working in facilities started to fall ill. Some died. Fearing for their safety, many refused to show up for work, which upped the demand for more PSW staff.

In April, the province passed emergency legislation barring long-term care or retirement home employees from working for more than one organization as a means to reduce community spread. Until then, many worked multiple part-time jobs, both in long-term care facilities and for private clients. Advocates say that the government directive saved lives. It also further drove demand for personal support workers.

Given widespread layoffs in other sectors, many workers, including classmates of Dos Santos, decided to retrain as PSWs. Many are new Canadians.

But while job opportunity is now assured, job quality is not.

“Many workers live paycheque to paycheque,” said Judy Dearden, a PSW union representative with SEIU, which represents more than 60,000 health-care workers across Ontario.

The average hourly rate for personal support workers in Ontario is $14 to $22 — a fact not known by all new entrants to the industry.

Dos Santos, who is in her first semester at school, says she still doesn’t know how much PSWs earn. “And I’m glad I didn’t look into the pay part ... I think if I did … it might have deterred me.”

Job conditions also differ considerably depending on the work environment.

Personal support workers in the home care sector have a particularly tough time earning a good living, explained Dearden. Many home care workers are not paid for travel time, which considerably lowers their daily pay. Furthermore, many of these workers did not see the pandemic pay bump temporarily offered to those working public-sector jobs in hospitals and long-term care settings.

The lack of paid sick days is another chief industry concern, say advocates.

“What we hear every day is that people can’t afford to take a day off,” said Carolina Jimenez, a co-ordinator with the Decent Work and Health Network. This places huge pressure on people to go to work even if they are feeling ill, or to “simply ignore their symptoms and only get tested when they really, really (have) to.”

This poses an increased risk during the pandemic, but is a reality PSWs experience every day, Jimenez says. “Precarious work is a health hazard,” she said.

Despite these tough conditions, many personal support workers love their jobs — and encourage others to join the field.

“You meet beautiful and nice families,” said Olabimpe Toluwalase, a personal support worker who immigrated to Canada in 2017 from Nigeria by way of the United States. She warmly describes her experience working with a past client like this: “They were a wonderful family. They were Italian. Their mom — oh my God, she was a wonderful lady … They took me in as part of the family.”

Toluwalase is not alone in feeling the connections to the clients make the work worthwhile. A 2009 study by the Personal Support Network of Ontario, which surveyed Ontario-based PSWs, found the top reason among respondents for sticking with their current job was “good relations with client/ family.”

But while personal connections to clients make for meaningful work, advocates note the job can be dangerous and falls heavily on the backs of women and racialized workers.

“There’s a disproportionate amount of racialized women in the PSW and care sector. (And) when you think about this from a systems perspective, it’s not a coincidence,” said Jimenez.

White students, those born domestically, and those from wealthier backgrounds, often have the opportunity to choose higher-paying, safer work; and others don’t, advocates say. This reality, according to Jimenez, places women and racialized people who work in the sector at an even greater risk during the pandemic.

Racialized people and newcomers made up a high proportion of the applicants. At George Brown, 56 per cent of applicants were born outside of Canada, and 25 per cent were non-citizens, including landed immigrants and refugee claimants.

At Yorkdale, where Dos Santos’ is studying, 46 per cent of students admitted in the November 2020 intake are non-citizens, including refugees and permanent residents.

“A lot of the (PSW) deaths that we’ve seen (during the pandemic) are Black women, racialized women,” Jimenez said.

Data compiled by the Alliance for Healthier Communities, although limited, seems to back that assertion. When the pandemic hit, the alliance began tracking the deaths of front-line health care staff in Ontario. Of the five PSWs whose deaths the alliance has tracked, and whose names have been released to the public, all were racialized and four were women.

For those getting into the industry, this presents a complicated picture.

“I got to Canada in 2017,” said Toluwalase. “My caseworker asked me, ‘What would I like to do?’ So I told her that I love taking care of old people.”

Her caseworker suggested she become a personal support worker. And so she did. Toluwalase went to City College and completed the PSW program.

On her career choice, Toluwalase is circumspect: “In any (work), you have good and bad experiences.”

Dos Santos understands there is a possibility her work might make her ill.

“I’m worried about how me working in the industry might affect the people who I live with, or my immediate circle,” she said of the possibility of contracting COVID-19 on the job.

But fears over her personal safety are not enough to deter her from her chosen profession.

“My grandmother who passed away was a nurse for the Red Cross,” a career that allowed her to “build a lot of friendships” with clients, Dos Santos said.

She worked in health care for so long, and at the end of her life, she wasn’t treated very well by the system, Dos Santos added. “I also wanted to go into it to try to make a change.”