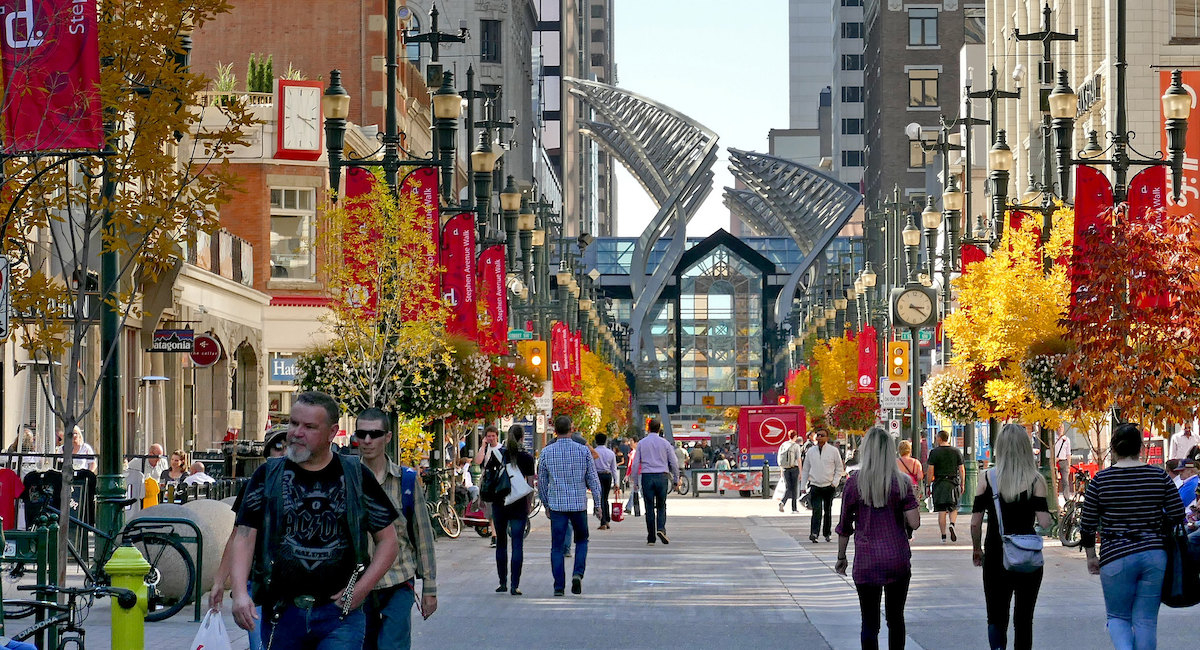 If at first you don’t succeed, try, try again.

That appears to be the Conservative Party of Canada’s attitude towards the federal carbon tax and rebate, which was updated last week with an ambitious schedule of increases that will culminate in a $170-per-tonne carbon price by 2030. Even though they lost last year’s election on the back of a failed attempt to depict the carbon tax as a “job killing” measure, they still refuse to embrace carbon pricing, an idea that originally came from their own ideological ranks.

If anything, they’re doubling down on their disdain for the policy. As Conservative strategist and former Andrew Scheer staffer Stephen Taylor tweeted: “The carbon tax is a redistribution scheme from rural Canadians to urban Canadians.

This is, to be clear, abject nonsense. In provinces where the federal backstop applies, rural residents get a 10 per cent top-up on their rebate — and the rebates are biggest in provinces with large rural populations like Alberta and Saskatchewan. Farmers, meanwhile, don’t pay the carbon tax on fuels they use in combines and other machines; similarly, owners of fishing vessels in Atlantic Canada are also exempted. And if the premiers of the Prairie provinces were truly interested in protecting farmers, they could pass their own climate plan — one that does more for agricultural producers than the federal backstop.

But Taylor unintentionally raises an interesting question: Who, exactly, is subsidizing whom in Canada? After all, while Conservatives seem to spend unusually large portions of their days being outraged about the federal equalization program, they’re weirdly silent about the billions in de facto transfers from urban and suburban taxpayers to rural ones.

There’s a frustrating lack of data here, but in a 2007 paper for the C.D. Howe Institute, University of Calgary economics professor Ron Kneebone tried to quantify the relative contributions that urban and rural Canadians make. In 2002, he found that the federal government ran a $23.5-billion surplus with the nine largest cities and a $14.49-billion deficit with the rest of the country, while nearly 90 per cent of the $12.01-billion deficit the 10 provincial governments ran was driven by non-urban residents.

Meanwhile, between 1986 and 2002, Calgary residents paid $2,223 more in federal tax revenue per capita than they received in federal programs, Torontonians kicked up an extra $2,285 and Vancouverites overcontributed by $918.

It’s not just about money, either. The votes of rural Canadians are more influential — and in some cases, far more influential — than those of urban and suburban voters. While the most recent redistribution of federal seats helped address the structural under-representation of voters in B.C., Ontario and Alberta by adding new seats in those provinces, it failed to apply the principle of representation by population to Canada’s cities and suburbs. As a result, while ridings in rural parts of the country can have as few as 35,000 people, there are lots of ridings in the 905 region that have more than three times that number.

There’s nothing inherently wrong with those urban-to-rural transfers, just as there’s nothing wrong with the federal equalization program. But the reality of those transfers is out of step with the space that rural residents occupy in our national political imagination. And the more we cater to them, the more we risk ignoring the vital and urgent concerns of people who are central to our economic and social prosperity.

After all, whether folks in rural Canada want to acknowledge it or not, our country’s economic future depends more on its cities and the growing number of people who live in them than ever before. As the University of Ottawa’s Michael Pal told the CBC’s Brent Bambury back in 2015: “We see Canada as a country of farmers and people earning their income from things in the woods, but that's not who we are any more. We are an urban country."

"When the federal government gets its next opportunity to align Canada’s electoral map with the reality of its population ... it needs to do more than just tinker at the margins," @maxfawcett writes. "Instead, it needs to go big — literally."

None of this is to suggest that the federal government shouldn’t support rural communities, or that their contributions — most notably, the production of the food we all depend on and take for granted — aren’t important. If anything, the government should be doing more to bridge the growing divide between urban and rural Canadians. But it can’t do that at the expense of the millions of Canadians who live in and around our major cities.

That’s why, when the federal government gets its next opportunity to align Canada’s electoral map with the reality of its population after the 2021 census is complete, it needs to do more than just tinker at the margins. Instead, it needs to go big — literally.

By adding dozens of new seats in mostly urban and suburban areas of the country, the government would achieve a number of positive democratic outcomes. First and foremost, it would reduce the disparity between rural and urban votes, and ensure ballots cast in one part of the country aren’t worth more than those cast in another.

But as political theorist and author David Moscrop has argued repeatedly, expanding the number of seats in Canada’s Parliament would have other consequences — including eroding some of the power that’s been allowed to concentrate in the prime minister’s office and the unelected staffers who work there.

“With more elected members,” he writes, “the power balance would shift, and citizens would be better served by MPs who were more than mere spokespersons for the party leadership.”

This would surely be unpopular among federal Conservatives like Stephen Taylor, who have seen their party’s support in urban parts of the country continue to drop. Those numbers are unlikely to improve any time soon, given the Conservative Party of Canada’s continued intransigence towards things like climate policy and the carbon tax and rebate. Creating more jobs for politicians, meanwhile, would almost certainly infuriate small-government groups like the Canadian Taxpayers Federation.

But governing is about serving the interests of the largest number of people, not catering to the noisiest ones. And as urban and suburban Canada continues to grow in size and economic clout, it’s time for our political institutions to better reflect that reality.

Max Fawcett is a freelance writer and the former editor of Alberta Oil and Vancouver magazines.

Well, you shocked me. I did

Well, you shocked me. I did not know that federal ridings were not equally populated. A rural vote can count for three time as much as an urban vote? WTF?! We know who that benefits. This is an actual scandal. This has to change. And on top of that, urban voters pay the bills. Thanks for shining some light.

This is the problem with

This is the problem with journalists with an axe to grind. Most of the <40K ridings are single, geographically huge jurisdictions - like Yukon, Labrador or Nunavut, so this 3:1 ratio is for the most part an exaggeration used to make different point. The majority of ridings are between 90K and 110K pop. - the WTF comment is hardlly warranted. One clear anomaly, if you want one, is PEI vs. Calgary. PEI has 4 ridings representing about 147K pop., while one Calgary riding has 147K pop. While this is a 4:1 ratio, these are 4 ridings in 300 odd -unfair maybe, but hardly enough to sway elections or justify the conclusions of this article that our electoral system is out of whack.

Mind you, farmers do get a

Mind you, farmers do get a raw deal. Just not from the federal government, at least not in money as such. It's big private sector corporations that take advantage of farmers, and both federal and provincial governments help them do it, particularly some of the ones who wrap themselves hardest in the rural flag.

Remember it was Stephen

Remember it was Stephen Harper who killed the Wheat Board.

Among many other useful and

Among many other useful and beneficial things.

I am not convinced Canada

I am not convinced Canada needs more MPs. It needs the riding boundaries moved to even out the populations of the ridings. We always will have a few ridings with huge number of acres and smaller numbers of people and a few ridings with only a couple of acres and many many people. The riding populations must be evened out as much as is possible, but we don't need more MPs.

Interesting. As someone who

Interesting. As someone who lives in rural BC, I and others actually feel underrepresented in Parliament. Part of the problem is that Conservatives often win in these ridings, leaving the rest of us (left of centre) UNrepresented. We need proportional representation. I'm still disappointed that Trudeau didn't keep his promise on this.

Our federal riding used to be called the Cariboo-Chilcotin, but now we are lumped in with Kamloops and the South Thompson Valley (I have suspected gerrymandering). All of these areas have different populations and different needs.

While I agree that urban populations need to be adequately represented, if ridings are determined by population alone, rural Canadians will have no voice in Parliament. How will rural- specific issues, such as agriculture, resource extraction pressure, rural indigenous issues, transportation, and access to services, such as high speed internet, be addressed?

It was my understanding that the urban-rural form of proportional representation was supposed to take all of this into account.