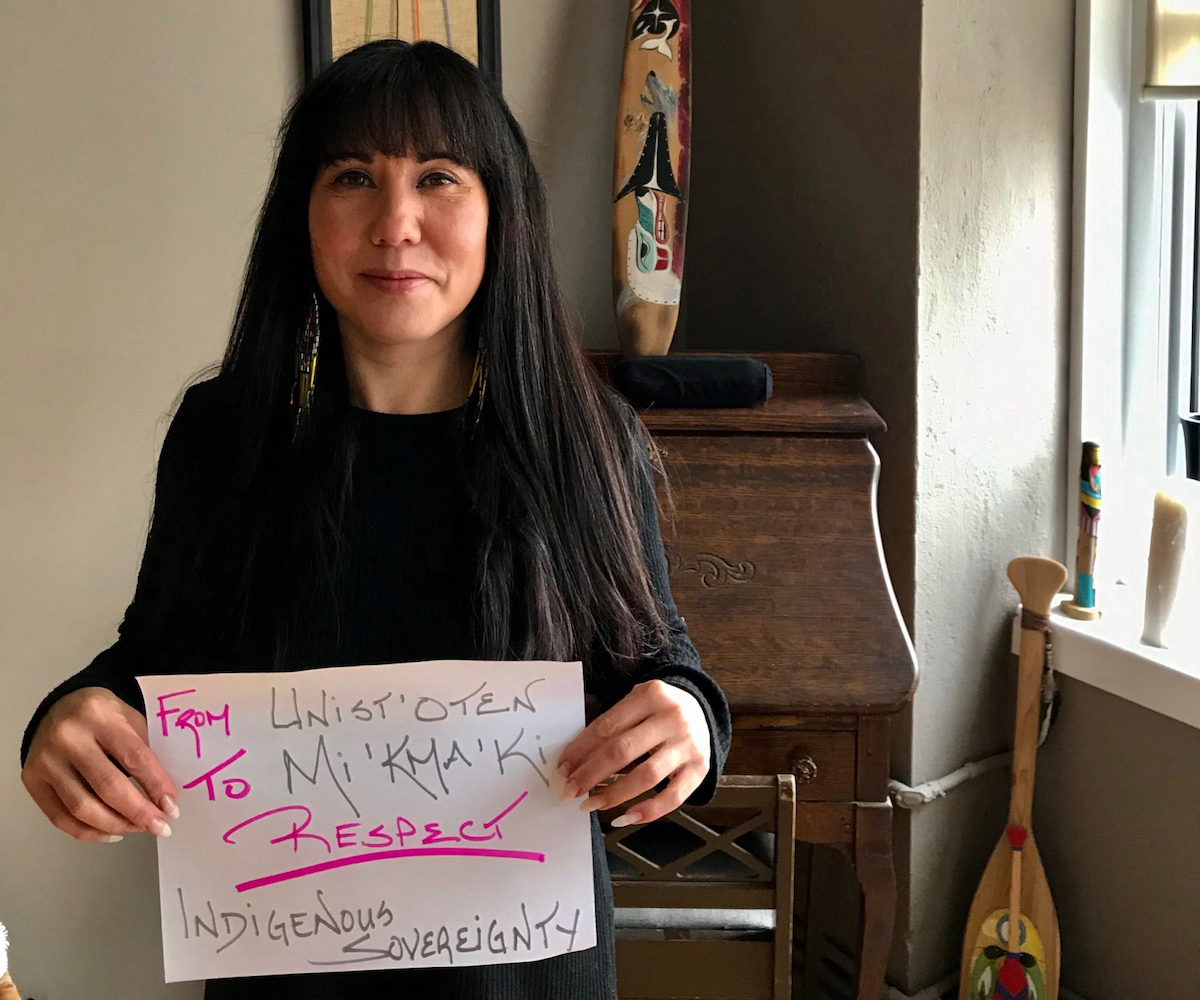 NDP MP Leah Gazan holds up a sign supporting Indigenous sovereignty on Oct. 16, 2020. She is one of several members sponsoring bills meant to hold the government to account on its climate commitments. Gazan photo / Twitter
Previous story
Next story

With the House of Commons expected to return Jan. 25, Canada’s National Observer is profiling environment-focused bills making their way through Parliament. Today, we look at five of those bills.

Leah Gazan says the climate emergency is “threatening everything we know and value.”

The NDP MP from Winnipeg Centre is one of several members currently sponsoring bills meant to hold the government to account on its climate commitments.

Bill C-232, the Climate Emergency Action Act, was first introduced in February and reinstated this fall after Parliament was prorogued in August.

It was debated at second reading on Dec. 4, just before the House of Commons adjourned on Dec. 11.

The three bills, and all others winding their way through Parliament, will now have to wait until MPs return near the end of January to resume their progress.

Gazan’s bill would require the environment minister to consult with “Indigenous Peoples and civil society” to “develop and implement a climate emergency action framework” within a year of coming into force.

That includes ensuring that "Canada meets, at a minimum, the greenhouse gas emissions reduction targets set for 2030" under the UN climate convention.

Here are five environment-focused bills making their way through Parliament right now — and what you need to know about them. #cdnpoli #climatechange

It would also ensure a “transition towards a green economy” by boosting employment in areas like green energy and ensuring the “economic well-being, public health and protection of the natural environment of Canada.”

“We are witnessing around the country that individuals, Indigenous nations and young people want action — real action — to address the climate crisis,” said Gazan.

Michaud’s bill, also introduced in February, would require the implementation of “an action plan to reduce Canadian greenhouse gas emissions in order to enable Canada to fulfill its obligations under the Paris Agreement,” within nine months of coming into force.

Bill C-215, debated at second reading on Nov. 4, would require "interim targets" to "enable Canada to achieve the target of net-zero emissions by 2050." The interim target for 2030 must be a reduction of at least 30 per cent below 2005 emissions levels.

“The bill seeks to ensure that the government’s choices are in keeping with Canada's international commitments and that the measures it plans to take are realistic and sufficient,” said the MP representing the eastern Quebec riding of Avignon-La Mitis-Matane-Matapédia.

The Liberal government’s own net-zero emissions bill, C-12, was most recently debated at second reading on Nov. 26. Unlike the other two bills, it was introduced in November.

Bill C-12 would require the federal government to set national carbon emissions targets for 2030 and beyond, eventually reaching net zero in 2050, and draw up emission-reduction plans for achieving those targets.

If the government concludes that Canada has not achieved a target, it must also prepare a report outlining “the reasons why Canada failed,” as well as a list of actions the government “is taking, or will take” to address the failure.

Wilkinson said in Parliament that the bill was an answer to the Liberals’ election promise of coming up with a plan to “create a legally binding process for all future governments to set national climate targets that will achieve the science-based goal of net-zero emissions by 2050.”

Two other bills from Conservative MPs are aimed at tackling other environmental issues outside of emissions reductions.

The bill, which was debated at second reading on Oct. 30, contains a list of 31 types of plastic waste and a clause allowing the government to add or delete from the list.

“Canada’s plastic waste is not a problem that can be simply exported away. Many of the countries receiving our plastic are developing nations incapable of managing it to ensure that its impact is reduced and the environment protected,” said Davidson in Parliament.

The bill adds natural gas and propane to the list of “qualifying farming fuels” that are listed as exempted from the government’s carbon pricing system for farmers. It was debated at second reading on Nov. 23.

Lawrence said farmers who dry their crops using these fuels should not be singled out.

For the record, Bill C-12, "Canadian Net-Zero Emissions Accountability Act," does not "require the government to set and meet emissions targets" as reported in the story.

C-12 (https://parl.ca/DocumentViewer/en/43-2/bill/C-12/first-reading) ONLY requires the government set targets. It does NOT require the government to meet them.

Minister Wilkinson has eagerly trafficked in this ambivalence, however; trying, it seems, to leave the impression his government is finally serious about successfully addressing the climate heating emergency. There's nothing in recent government announcements to suggest the Liberal Party's decades long history of not seriously addressing the climate heating emergency is changing.

Hi Stephen, thanks for