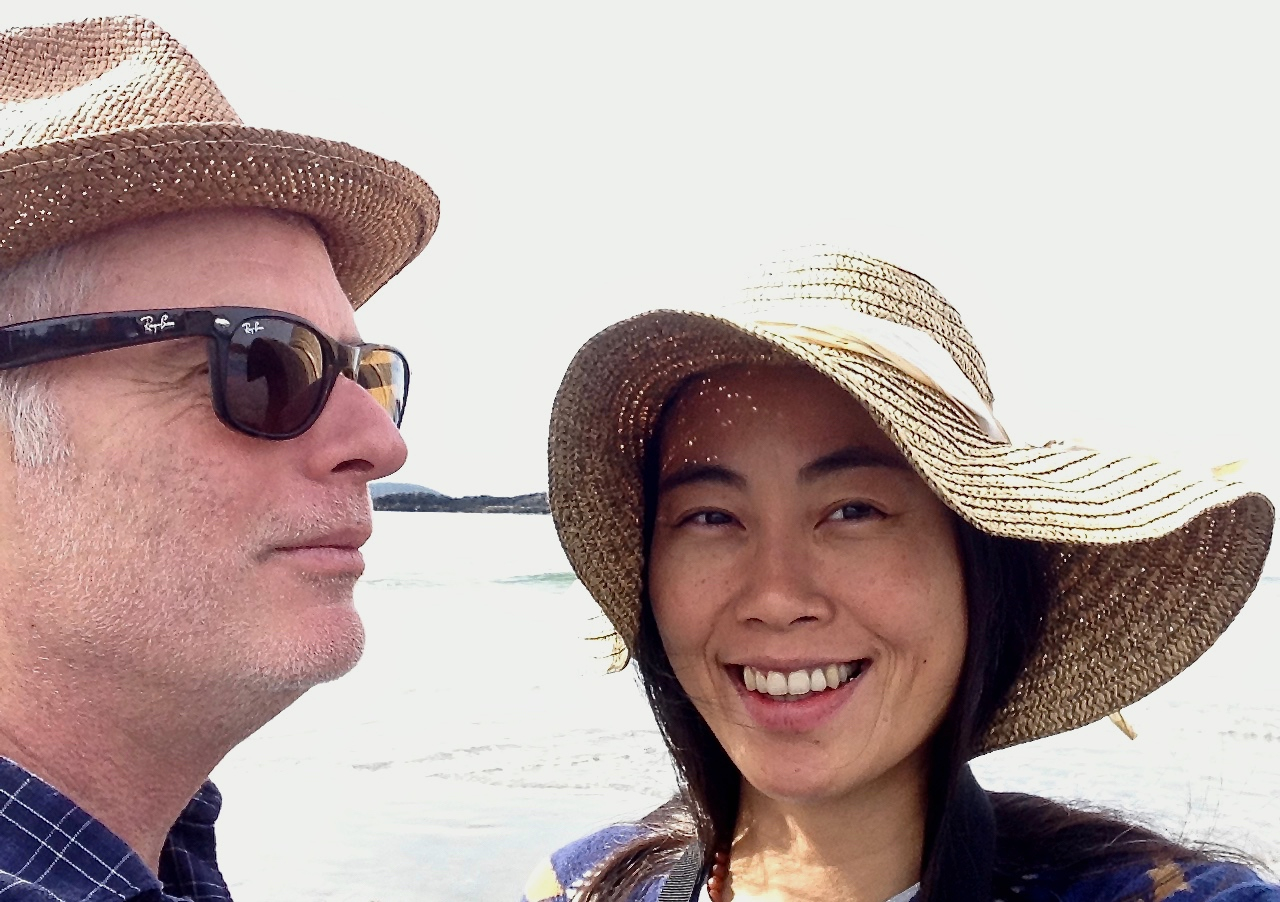 Aaron O’Connor and Chia-Ling Lee, founders of the Open Bay Society and Quadra Island Research Conservancy initiative, hope to protect a swath of forest and establish a research greenbelt on the island. Photo by Chia-Ling Lee
Previous story
Next story

A new research conservancy proposal aims to save an enormous section of Quadra Island’s emerald heart and multiple pristine lakes from logging now and into the future.

Open Bay Society (OBS), a non-profit wilderness conservancy and research centre based on Quadra, is negotiating with Mosaic Forest Management to buy timber harvesting rights for 7,000 acres of forest at the centre of the island to protect biodiversity and enhance research, said the society’s co-founder, Aaron O’Connor.

The aim of the Quadra Island Research Conservancy (QIRC) is to develop research and restoration in the area while respecting the We Wai Kai Nation’s social, cultural and ceremonial uses of the land falling within their traditional territory, O’Connor said.

The initiative would also safeguard non-motorized recreational use of the land — which already boasts an established network of hiking, climbing and mountain-biking routes alongside swimming, fishing and paddle sport locations long cherished by residents and visitors to the island, he said.

“The core of our philosophy in pursuing this conservancy is the view that this is public land and it should serve the public,” O’Connor said, adding he anticipates wide community support for the project.

Mount Seymour, the highest peak on the island, would crown the conservancy, which would also encompass the adjacent Beech’s and Chinese mountains, as well as the Nudgedzi, Morte, Mud and Beaver lake systems.

OBS has worked on the project and has been meeting with all the stakeholders critical to the process for more than a year, said O’Connor.

Consultations and co-operation with the We Wai Kai Nation are paramount to the effort, he stressed.

“The core of our philosophy in pursuing this conservancy is the view that this is public land and it should serve the public,” says Open Bay Society co-founder Aaron O’Connor.

The society hopes to secure confirmation from Mosaic early in the new year that it will officially suspend any forestry operations during upcoming negotiations for the tenure, he said.

“There will be no active logging on the land, which is the end goal for this phase,” O’Connor said, adding the soft deadline for that initial agreement is mid-January.

“Once we achieve that de facto protection for the property, then it’s a matter of coming up with the solution or solutions to create the conservancy,” he added.

“Permanent protections will take longer, allowing for bureaucracy, and will involve consultation with all stakeholders and will likely employ more than one land use designation.”

“It’s a project and a worthy investment in our community,” he said.

However, once the conservancy is in place, an advisory committee made up of community stakeholders may opt to fundraise for particular projects or programming, he added.

O’Connor wants the conservancy to exceed the traditional model of wilderness protection.

He hopes to establish a research greenbelt on the island to complement already existing organizations, such as the Hakai Institute, a local scientific research base, and the Quadra Salmon Eco-Centre.

A flourishing research and academic sector on Quadra Island would offer year-round economic spinoffs that would outweigh industrial logging’s contribution to the local economy, O’Connor said.

“This is not solely a discussion about sustainability,” O’Connor said.

“There’s an economy in research. What we are demonstrating is that this particular parcel of land as intact habitat is worth demonstrably more than a set of clearcuts.”

“We are, perhaps, just tuning in to what is a truly burgeoning research hub on Quadra,” O’Connor said.

“That’s a rarity. It only happens in a few spots, and we should recognize that and capitalize on it.”

Dear Observers, thank you for

Dear Observers, thank you for reading about the Quadra Island Research Conservancy initiative. It is an important project for our region and we hope to keep you all posted.

Mosaic Forest Management has asked us to add that they have agreed to assist in connecting Open Bay Society with Provincial Government representatives and First Nations in order to assist with our efforts, as the Province and First Nations' approval is essential to advance this proposed new use of Crown land.

Our work and discussions with all stakeholders continues in earnest.