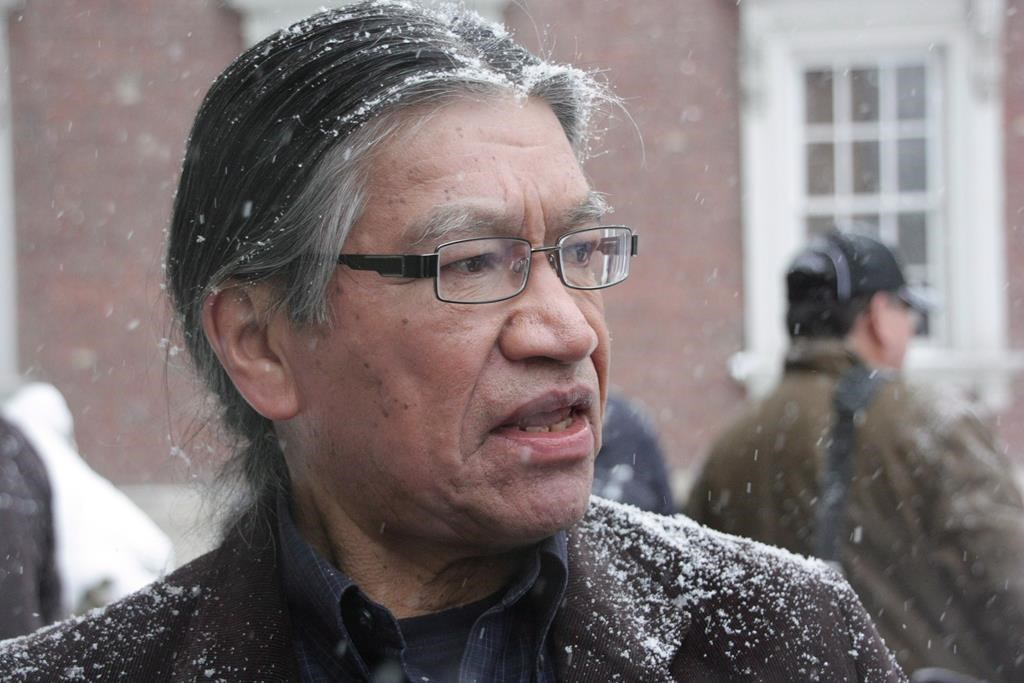 Korkmaz said the federal government has not turned over 12,300 reports from Ontario Provincial Police investigations of violations at St. Anne’s in Fort Albany, Ont. despite an Ontario Superior Court order.

Following the court order in 2014, Ottawa released heavily redacted copies of materials generated by the OPP between 1992 and 1996.

"They’re useless if they’re redacted," Korkmaz said in an interview with The Canadian Press. "This is part of Canada’s Indigenous history. We can learn from this."

St. Anne’s Indian Residential School was run by the Catholic orders of the Oblates of Mary Immaculate and the Grey Sisters of the Cross from 1902 until 1976 and was funded by the federal government starting in 1906.

It was one of Canada’s most notorious residential schools. Indigenous children from Fort Albany First Nation in northern Ontario were sexually abused, punished by shocks delivered in electric chairs and forced to eat their own vomit, according to Edmund Metatawabin, a survivor and former chief of the First Nation.

Metatawabin was forced to attend the school between 1956 and 1963. He became a chief of his nation in 1988 and used his position to sponsor a panel for survivors to share their stories, putting together a report that triggered the police investigation in autumn 1992.

"The residential school issue is a very sensitive case for us. It was an embarrassing thing for us to face," he said in an interview.

"It’s hard to say you were abused as a child. You want to keep that private."

Metatawabin said more than 900 survivors of St. Anne’s decided to talk about their painful memories and testified to the police in the 1990s, resulting in a trove of information and criminal convictions of six former employees at the school.

"It’s an insult to the memory of those elders that told their story, that the government took their words from them, and now they want to erase history," says residential school survivor Edmund Metatawabin.

In 2006, lawyers for former students and for the churches that ran residential schools, the Assembly of First Nations, other Indigenous organizations and the government approved the Indian Residential School Settlement, which included independent assessment processes to set compensation for claims of sexual or serious physical abuse.

However, many survivors of St. Anne’s have taken the federal government to court, seeking to reopen compensation cases that were settled before the partial release of the police documents in 2014.

A group of 60 survivors launched a case in 2013, claiming that the federal government failed to turn over those documents and breached the settlement agreement.

Ontario Superior Court Justice Paul Perell, who has spent years supervising implementation of the settlement agreement, ruled earlier this year the case should be heard by a judge in British Columbia.

Perell had recused himself over his previous criticism of one of the plaintiffs’ lawyers.

In November, the Ontario Court of Appeal found Perell wrong to order the legal fight to be heard in B.C., saying the case pressed by survivors of St. Anne’s should remain in Ontario. The next hearing is to take place virtually on Dec. 31.

But Justice Brenda Brown of British Columbia Supreme Court issued a court order in May that permits the federal government to destroy the police documents in the new year.

The federal Crown-Indigenous Relations and Northern Affairs Department said in a statement Tuesday the government will retain the police reports until the courts determine the matters before them.

Metatawabin said the documents reveal wrongdoing by the government and the churches. "Instead of making amends, (the government) tried to hide these documents from survivors and from the public."

The documents have significant value for the Fort Albany First Nation people because they contain elders’ testimonies on their history, Metatawabin said.

"These are sacred words from the elders," he said. "It’s an insult to the memory of those elders that told their story, that the government took their words from them, and now they want to erase history."

Korkmaz said these documents are important evidence of the violations committed at St. Anne’s.

"The government for some strange reason is protecting the pedophiles that were at our school," she said. "A normal citizen of any country, who is caught sexually abusing a child goes to jail. … Why are the priests, the bishops, the cardinals being protected? Why are they allowed to do it?"

This report by The Canadian Press was first published Dec. 23, 2020