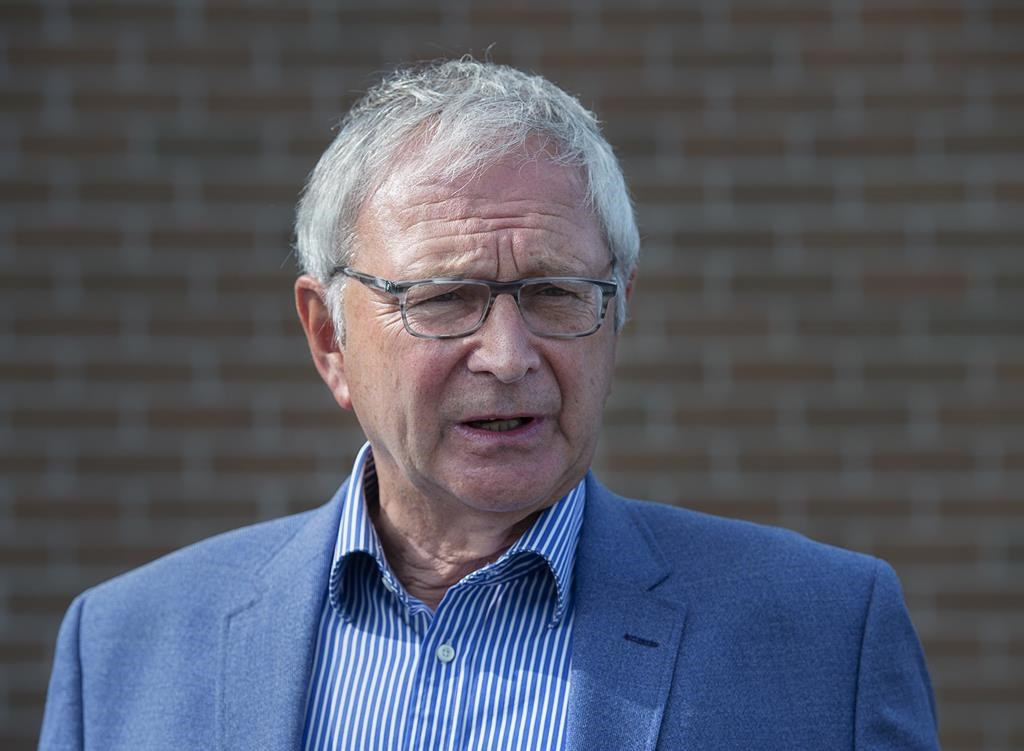 Blaine Higgs says 2020 taught him a lot about the importance of perseverance.

The New Brunswick Premier says his province held the line this year against COVID-19, guarding Atlantic Canada from Quebec to the north and Maine to the west. And he says his party persevered through a provincial election in September that critics said should not have been held during the pandemic.

In a year-end interview with The Canadian Press, Higgs said COVID-19 forced his government to make big decisions in early 2020. "What it gave us is a renewed evaluation of ourselves and what we're capable of," he said. "That can be the springboard from COVID.

"We're not out of challenges with the vaccine and administration of the vaccine, because we have to recover economically and we've got to reinvent New Brunswick in the process."

Higgs said all of New Brunswick can take credit for how well the province limited the spread of COVID-19. New Brunswick has so far reported eight deaths attributed to the novel coronavirus and fewer than 600 infections. Neighbouring Quebec by contrast, has reported almost 200,000 infections and more than 8,100 deaths.

He said New Brunswick has had the added role of being the front line to the Atlantic provinces in the fight against COVID-19.

"We were there guarding the border between New Brunswick and Quebec, and of course, there was a federal restriction between Maine and New Brunswick. Our folks were diligent in minimizing the exposure to New Brunswickers, to Newfoundlanders, to Nova Scotia, to P.E.I.," he said.

Higgs said one of the high points of this year was when the four Atlantic premiers worked together; the lowest point, he said, occurred when New Brunswick recorded its first death attributed to COVID-19.

"It was a very significant experience for me because we were trying so hard not to have any fatalities," Higgs said. "One is too many. We had eight, which in the scheme of things is a low count, but it's eight people who (weren't) there for families this Christmas."

The fact the death count across Atlantic Canada has been so low compared to the rest of the continent is a testament to how well the region's premiers worked together, he said. They spoke with one voice on public health guidelines and regarding the creation of the so-called "Atlantic bubble," which allowed open travel within the region.

The bubble opened in July but ended a few weeks ago, after health authorities began reporting outbreaks across the Atlantic region.

Blaine Higgs says 2020 taught him a lot about the importance of perseverance. #nbpoli #cdnpoli #COVID19

Higgs maintains that the pandemic is an opportunity for businesses to rebuild. "Can small businesses, if they see the opportunity, become more global?" he asked. He said he asked the province's business development agency to evaluate how it can help companies impacted by the pandemic.

Higgs said his government is making a greater effort to buy New Brunswick goods and to ensure contracts go to New Brunswick companies.

The premier took a chance this year and decided to ask voters for a majority mandate during the pandemic. He won his bet. Higgs's Tories and the opposition parties found new ways to campaign, using tools such as as Zoom and social media platforms to get their messages out.

Looking ahead to 2021, Higgs said his government is focused on expediting the rollout of the COVID-19 vaccines. He also recently boasted that his province could be the first in Canada to lift pandemic-related restrictions.

But the premier says he's worried about low-income citizens who collected federal aid during the pandemic and who might face a second wave of financial hardship if they have to pay taxes on that money.

"I think it applies to when the CERB runs out," he said of the federal aid program. "It applies to when people find it is a taxable benefit and then they get hit with that. I think about businesses that had subsidized wages too."

The premier said he's also looking forward to the change in government in the United States in January, hoping it can lead to a resolution of the ongoing softwood lumber dispute. The U.S. Commerce Department imposed 20 per cent duties on most Canadian softwood exports in 2017, although that was reduced to 8.9 per cent in November 2020.

"We are still actively pursuing the full annihilation of the softwood lumber tariffs," Higgs said. "We want to get back to no tariffs like the way it was for years."