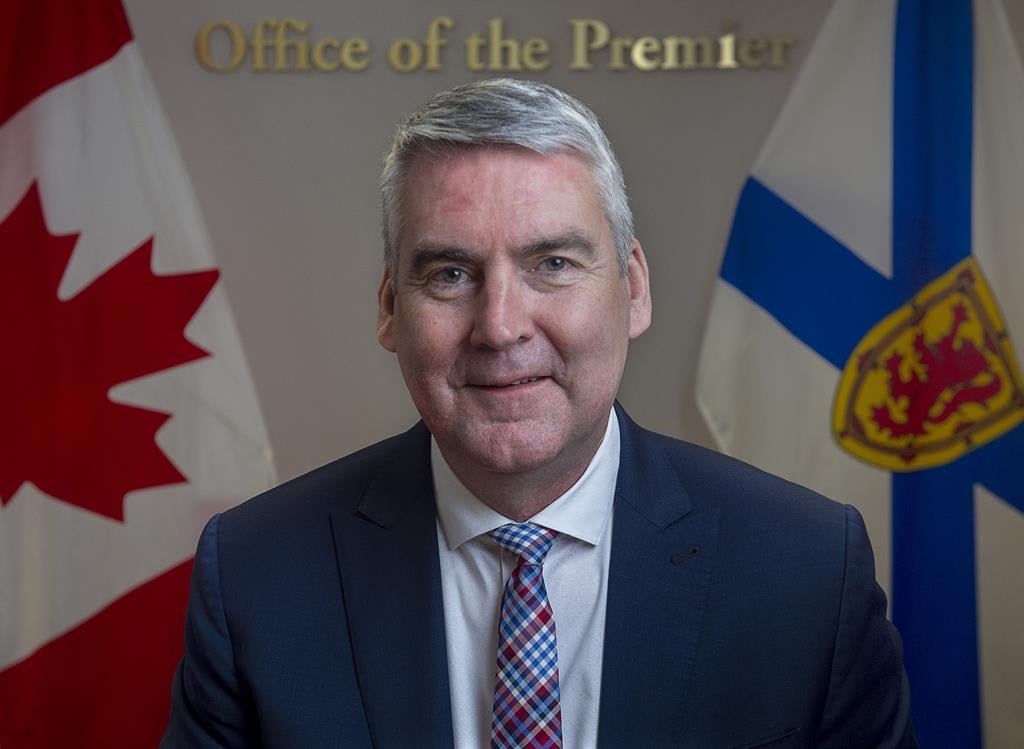 When Nova Scotia Premier Stephen McNeil privately decided earlier this year he would retire after 17 years in politics, he had no idea of the challenges he was about to face.

Like all Canadian premiers, McNeil had the difficult job of balancing public health and the economy during the COVID-19 pandemic. That task, however, was barely underway when the province was hit by tragedies that added misery to what would be a trying year.

"I got to the point where I said to people, 'don't answer the phone,'" McNeil told The Canadian Press in a recent interview.

In April, a gunman went on a 13-hour rampage in northern and central Nova Scotia, killing 22 people in the largest mass shooting in Canadian history. Later that month, a Cyclone helicopter from a Halifax-based navy vessel off Greece crashed, claiming the lives of six service members.

Those two events were followed by the death of another service member from Halifax in the crash of a military Snowbird jet in Kamloops, B.C., in May. And in mid-December, six scallop fishermen were lost after their vessel sank in rough seas off southwestern Nova Scotia.

That trauma, coupled with 53 COVID-related deaths at a single Halifax long-term care home, has taken its toll, McNeil said. "To be honest there were a few days where it was just overwhelming," he said. "You don't realize at the time how much it was weighing on you."

The premier, who publicly announced his retirement in August, said he never envisioned his last months in office would unfold as they did. But he said he was relieved he could provide some continuity before his scheduled exit on Feb. 6, when the Nova Scotia Liberals choose a new leader.

And despite what seemed like never-ending bad news, McNeil said he sees positive signs in the tragedies because of the way people rallied. "I think in many ways we have reconnected to who we are," McNeil said. "This pandemic as much as it has been hard and with the loss of people from it … neighbours are thinking about neighbours."

This difficult year is ending around the same time as the first anniversary of one of McNeil's momentous decisions — closing the Northern Pulp mill's effluent treatment lagoon in Boat Harbour, near the Pictou Landing First Nation, which he announced on Dec. 20, 2019.

The mill closure cost 350 people their jobs and sent shock waves through the province's forestry industry. McNeil said while a difficult choice, it was about keeping his government's word to the First Nation after what amounted to decades of environmental racism.

'You have to know it's time to go': N.S. premier reflects on tragic year, retirement. #StephenMcNeil #nspoli

He said that promise was similar to another one he made to victims of what he called "systemic racism" and of decades of abuse at a former Halifax orphanage. A restorative inquiry was launched and McNeil eventually made a formal apology on behalf of the province to former residents of the Nova Scotia Home for Colored Children, in October 2014.

"Those were pieces to me that gives your government a heart," he said, getting visibly emotional. "We recognized that you have to acknowledge past wrongs and deal with them."

McNeil won back-to-back majority governments in 2013 and 2017, in large part by delivering on a promise to control spending.

Part of that plan involved a protracted fight with the province's public sector unions, which ultimately saw the government legislate 2,400 striking nurses back to work in April 2014. That battle was followed by the imposition of a contract that ended a two-month work-to-rule campaign by public school teachers in February 2017.

The moves enraged the unions and resulted in a string of protests in front of the provincial legislature. McNeil maintains, however, that the heavy hand was necessary to rein in the growth in public sector wages in order to invest elsewhere in the economy.

One of his biggest regrets during seven years as premier was his decision to increase pharmacare premiums for seniors, he said. But instead of fixing a problem, he said he just shifted it from one group of seniors to another. Following relentless pressure from advocacy groups, the government shelved that plan in February 2016.

McNeil, however, said he is proud of his government's overall record: universal pre-primary, investments in infrastructure such as roads and hospitals, population growth and a successful engagement with China that opened a major new market for the province's businesses.

He also said a new law taking effect Jan. 18 requiring presumed consent for organ and tissue donations is an "extraordinary gift" to Nova Scotians. He said the law, the first of its kind in the country, could lead to a rise in donation rates in the province by as much as 50 per cent.

"You have a window to do something," McNeil said of his time in office. "When it's over you have to know it's time to go. It's time for me to do something else."