Feds move on plan to buy back assault rifles 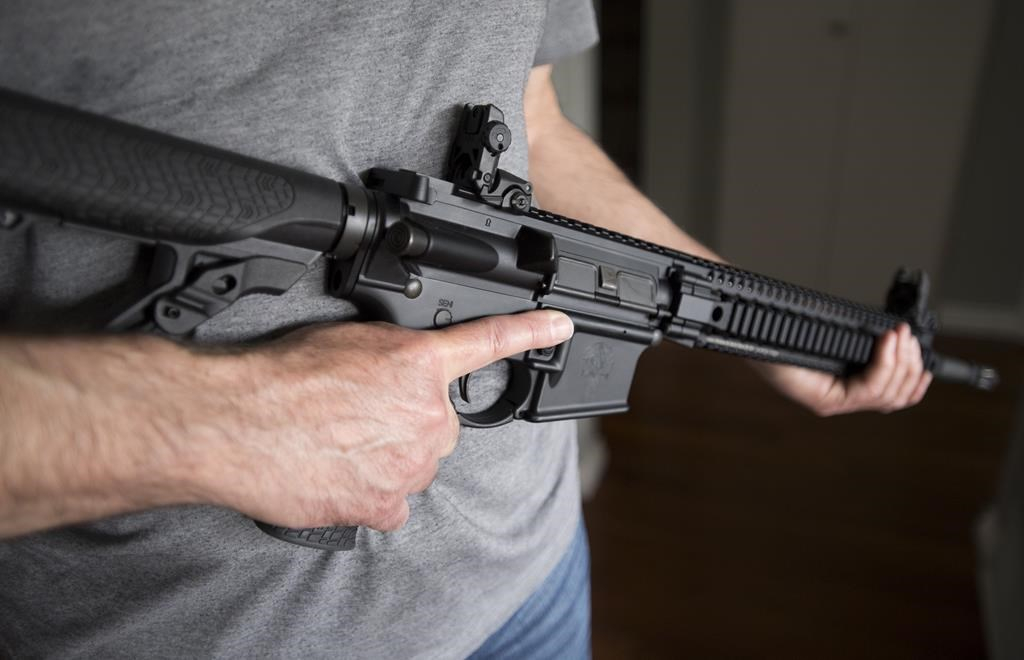 A restricted gun licence holder holds a AR-15 at his home in Langley, B.C. on May 1, 2020. File photo by The Canadian Press/Jonathan Hayward
Previous story
Next story

The Trudeau government has awarded a contract to IBM Canada to support the development, design and implementation of a buyback program for recently prohibited firearms.

The contract is worth almost $1.2 million, according to an award notice posted on a federal information portal.

The Liberals outlawed a wide range of firearms in early May, saying the guns were designed for the battlefield, not hunting or sport shooting.

The ban covers some 1,500 models and variants of what the government considers assault-style firearms, meaning they can no longer be legally used, sold or imported.

In announcing the ban, the government proposed a program that would allow current owners to receive compensation for turning in the designated firearms.

While gun-control groups applauded the move, sport shooters, firearm rights advocates and some Conservative MPs questioned the value of the measures.

Public Safety Canada invited 15 consulting firms, including IBM Canada, to come up with a "range of options and approaches" for the planned program to compensate gun owners.

Under the first phase of the contract, to be completed by Feb. 8, IBM will consult with other federal agencies, possibly other levels of government and industry experts to devise options that include:

— a compensation plan for each affected firearm;

— analysis of benefits and risks associated with each compensation model; and

The Trudeau government has awarded a contract to #IBM Canada to support the development, design and implementation of a buyback program for recently prohibited #firearms. #Cdnpoli

— identification of "other considerations" that might affect the feasibility of each approach.

A second phase of the project will entail any necessary review and revision of the program design, as well as implementation of the selected options.

"The program will focus on ensuring it offers fair compensation to affected owners and businesses while at the same time making sure program implementation and management costs are well-priced and sustainable," said Tim Warmington, a Public Safety Canada spokesman.

"Further information on the design of the buyback program and any potential compensation for affected firearms will be provided once it is available."

The group PolySeSouvient, a leading proponent of stricter gun control, has urged the Liberal government to make the buyback program mandatory.

It says allowing owners of recently banned firearms to keep them would make it easier for a different government to reverse the ban in the future.

The group also wants to see the new prohibitions, ushered in through regulation, embedded into law to complete the ban and render it permanent — something the government has signalled it will do.

The current classification regime, implemented more than two decades ago, was "rigid, inflexible and it kind of let us down because quite frankly the manufacturers brought in a number of different variants that got around those classifications," Blair said.

He said the new system will be set up to ensure that, as new firearms come on the market, Canada will be able to respond quickly and ensure "only those weapons which are safe for use in this country will be available to Canadians."

The Liberals have also pledged to empower provinces and cities to manage the storage and use of handguns within their individual jurisdictions, as well as take bolder steps to keep firearms from people who should not have them due to their mental state or criminal history.