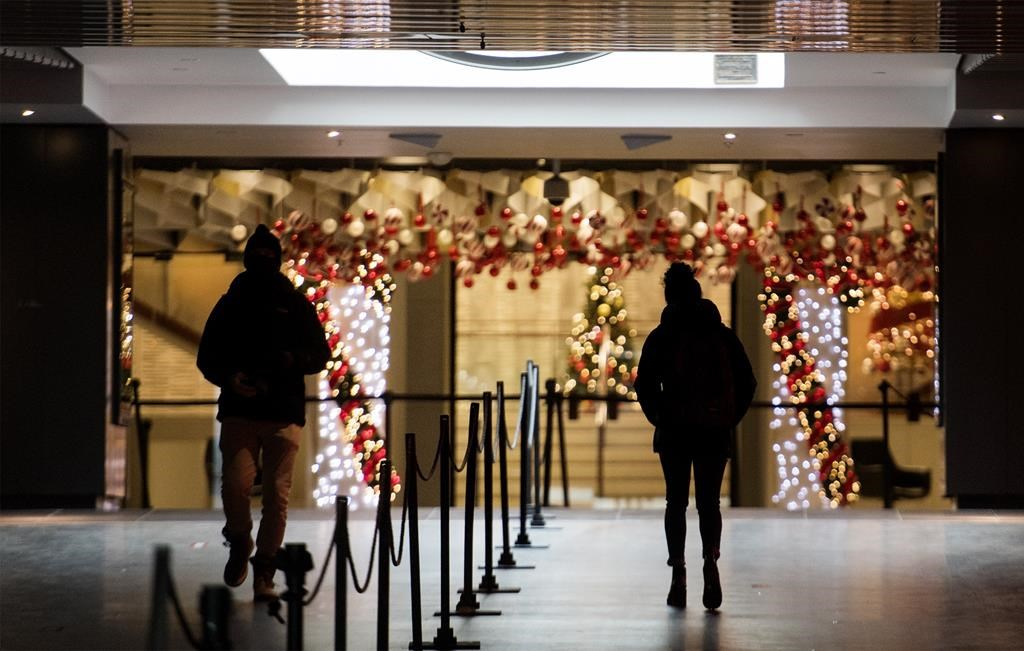 People walk through Place des Arts in Montreal, on Wednesday, Dec. 30, 2020, as the COVID-19 pandemic continues in Canada and around the world. File photo by The Canadian Press/Graham Hughes
Previous story
Next story

Quebec is accelerating its vaccination rollout by inoculating as many people as possible instead of holding back doses to be given later as booster shots.

"All the vaccines that we have received and that we will receive in Quebec over the next few weeks will be used to immunize as many priority groups as possible," the Health Department said in a statement Thursday.

Vaccine-maker Pfizer had requested the province reserve half the doses as booster shots for those already vaccinated. That strategy had been criticized by health experts who said the province's vaccine rollout was taking too long.

Quebec has so far received 87,000 doses of vaccine — 55,000 doses from Pfizer-BioNTech and 32,500 from Moderna — and has administered 29,250 injections. Both vaccines require two doses: Pfizer recommends a second dose after 21 days while Moderna says its second dose should come 28 days after the first injection.

Dr. Gaston De Serres, chief physician of the scientific immunization group at Quebec's national public health institute, said Thursday the first dose provides the majority of the protection against the virus. The second, he added, serves mostly to prolong that protection.

Meanwhile in Quebec City, almost 100 people at a long-term care home — both residents and staff — have tested positive for COVID-19 after they were vaccinated against the virus, according to the regional health authority. The Saint-Antoine long-term care home was the site of the first COVID-19 vaccination in Canada on Dec. 14.

De Serres said the outbreak at that facility had been detected several days before vaccinations began. He said it takes time for the body to build immunity following a COVID-19 vaccine.

He said he doesn't expect any more cases among people who received the vaccine on Dec. 14 and 15. The Health Department said there were 64 active cases of COVID-19 among residents at Saint-Antoine on Wednesday, the most recent date for which data is available.

Dr. Maria Sundaram, a Toronto-based epidemiologist at health-care research agency ICES, said given the high rates of community transmission and the high risk of exposure in long-term care homes, catching COVID once vaccinated "is unfortunately almost a given at this point."

#Quebec is accelerating its #vaccination rollout by inoculating as many people as possible instead of holding back doses to be given later as booster shots. #polqc

"This is not an indication that the vaccine doesn't work," she said in an interview Thursday. "This is an indication of the vaccine trying to work in sub-optimal conditions and it's in a group that hasn't been fully vaccinated."

Quebec exceeded the 200,000 COVID-19 case mark Thursday after officials reported a record 2,819 new infections. The province also reported 62 more deaths attributed to the novel coronavirus, including 22 that occurred in the past 24 hours.

Quebec orders all non-essential businesses closed from Christmas until at least Jan. 11