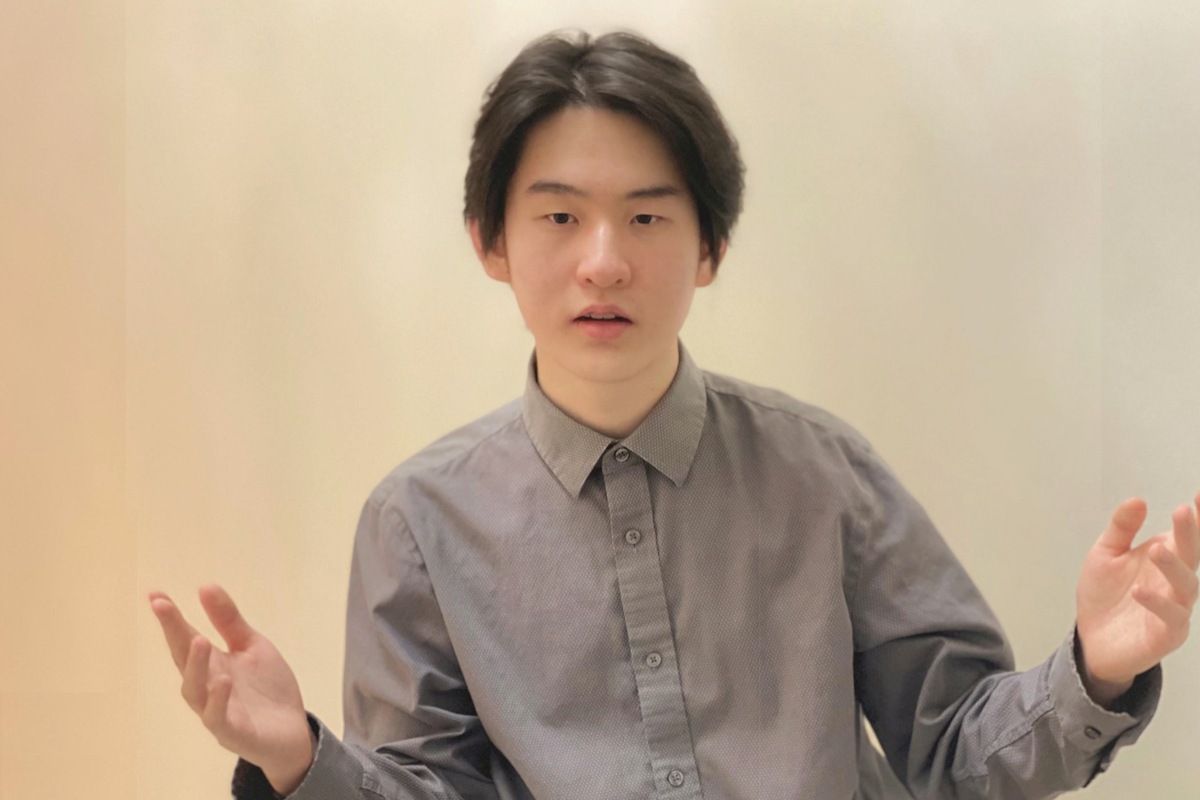 Grade 10 student and Unitic founder Jerry Di wants to help others access treatment for Tourette syndrome, and let them know they are not alone. Photo supplied by Jerry Di
Previous story
Next story

Jerry Di knows the ostracizing effect involuntary tics can have, especially on young people, and the Grade 10 student is determined to help those for whom medication doesn’t work or therapy is too expensive or otherwise hard to reach.

The 15-year-old student, who attends St. Robert Catholic High School in Thornhill, Ont., was diagnosed with Tourette syndrome around age seven, and it hit a peak in severity when he was 13 or 14.

“Throughout my school years, it’s been quite a major issue for me with all the blinking and things like that, the tics. It becomes quite socially stigmatizing,” said Di, who last January started a company, Unitic, to develop an automated virtual treatment platform.

Tourette syndrome is a neuropsychiatric disorder that typically presents in a person as involuntary movements or verbal outbursts, and is most often treated with medications that can be expensive and ineffective, or with cognitive behavioural intervention for tics (CBIT therapy), which is even more expensive and can be difficult to find.

The exact cause of Tourette syndrome isn’t known, but it is likely caused by a combination of inherited (genetic) and environmental factors, according to the Mayo Clinic, suggesting a role for brain chemicals that send nerve impulses, such as dopamine and serotonin. The disorder affects three to four times as many boys as girls.

The Unitic platform aims to package CBIT therapy recommendations from various studies into a diagnostics program and treatment dashboard, and while Di acknowledges the project still needs to be validated by professional therapists and overcome some other hurdles, he’s hoping to be able to present a working prototype sometime near the end of 2021.

Di is working with a handful of computer science undergraduates, mostly attending the University of Waterloo, to build up face and body maps that people can use to select where they are experiencing tics and then suggest a general CBIT therapy plan to counteract those movements.

If a person with Tourette syndrome has a tic that involves head rubbing, for example, a CBIT therapy plan might encourage new behaviours, such as placing their hands on their knees or crossing their arms, so they can’t rub their head, Di explained.

They are also developing a questionnaire to create a more complete diagnosis tree and hope it can grow in complexity as they develop responses to individual participants.

Fifteen-year-old Jerry Di is working with computer science students, mostly from the University of Waterloo, to develop an automated virtual treatment platform for people with Tourette syndrome.

“Our main goal is to provide something that can actually treat Tourette syndrome or even prevent it in the first place,” he said in a phone interview. “However, another big vision is to let people know we’re here to support you, you’re not alone in this world, a lot of people are just like you.

“On the therapy side, we don’t want to replace anybody, but this could be a useful tool to work alongside people who have access to therapists,” he said, especially if they’re not able to see them very frequently.

“We also really want to serve as a replacement for a therapist in the case that a patient cannot access a therapist, which is actually quite common with the price problem and the commute problem and a whole plethora of issues.”

Di had been on medication in the past, but still had tics. However, his symptoms became less severe and less frequent over time, which happens in around half of Tourette cases.

He said around a dozen mostly young people have so far tested out their current diagnostics on facial tics, and once they are finished building a three-dimensional model for the full body, they’ll provide wider access to the demonstration.

While pandemic restrictions have been limiting, his team is in contact with therapy professionals to find out what they would need or want from the platform, and Di is looking forward to meeting in clinical settings once possible to develop these relationships further.

“A part of it is wanting to prove everybody wrong for judging people with disabilities like that,” he said of his motivations. “But I also just don’t feel like it was right for people to suffer through what I’ve been through every day.”