Nearly half of Canadians visited family and friends over the holidays, study shows 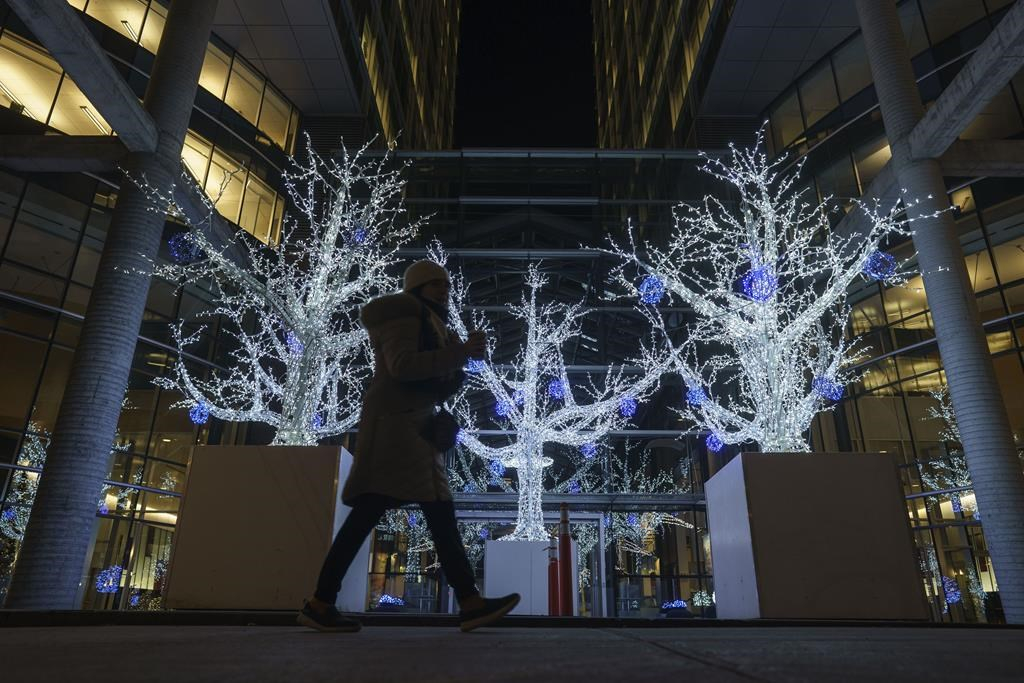 OTTAWA — A new survey suggests nearly half of Canadians visited with family or friends over the winter holiday period.

The Léger/Association for Canadian Studies poll found 48 per cent of those surveyed visited with people outside their households, compared to 52 per cent who said they did not.

Public health officials had pleaded with Canadians to sharply limit their contacts during the holidays to avoid massive spikes in COVID−19 cases.

But it appears something gave for Canadians, said Léger vice−president Christian Bourque.

"Usually we Canadians are sort of much more, I would say, disciplined when it comes to going by what governments are recommending in terms of our behaviour, but over the holidays, apparently, it was sort of tougher on Canadians," he said.

COVID−19 case numbers are rising, and the poll suggests 62 per cent surveyed have little to no confidence in Canada’s ability to limit the spread of COVID−19 over the next few weeks.

That pessimism is notable, considering that before the holidays, polls suggested Canadians were feeling optimistic about 2021, Bourque said.

But stories in the waning days of 2020 about delays in vaccine rollouts, climbing case counts and news that many politicians left the country over the holidays despite limits on travel, seem to be turning Canadians’ moods, he said.

"I think it’s gotten people to be more skeptical about how much we can do in the short term," he said.

Throughout the pandemic, Léger has asked Canadians about their mental health, and Bourque said the latest round of responses reflect a downturn: in the most recent survey, only 33 per cent rated their mental health as good, the lowest figure yet, he said.

More than half of all Canadians visited friends and family over the holidays, poll results show. #COVID-19 #stayhome

"January is set up to be a bit gloomy," he said.

The poll was conducted online, and cannot be assigned a margin of error as online surveys aren’t considered truly random.

As pollsters were asking the questions, news reports surfaced of politicians, including Ontario’s finance minister, several federal MPs and provincial politicians in Alberta, among others, taking trips outside the country in recent months.

That’s in spite of repeated warnings from local and national governments, as well as public health officials, that travel should be limited only to essential trips.

In the survey, 87 per cent of those asked said they would support a total ban on international travel until there are several consecutive days of reduced numbers of COVID−19 cases

Bourque said that number is consistent with similar questions asked throughout the pandemic, but also reflects a growing desire by Canadians for governments to take concrete action to try to curb the spread of the novel coronavirus.

The federal government has said only a small fraction of the active cases in Canada can be directly linked to recent travel, though it did ban incoming flights from the United Kingdom after a new variant of COVID−19 that is believed to be more contagious surfaced there late last year.