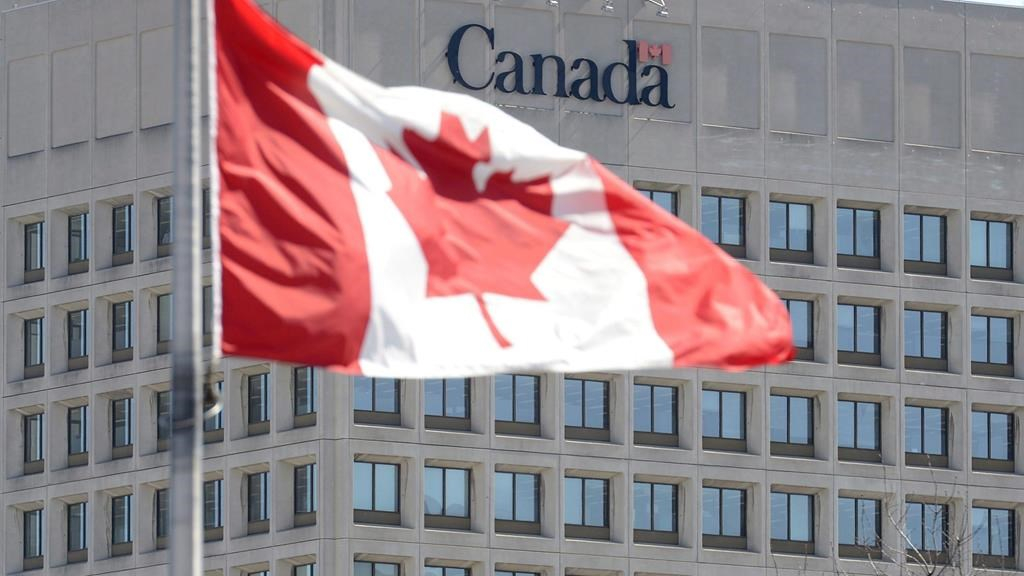 The facade of the headquarters of the Department of National Defence is pictured in Ottawa, on April 3, 2013. File photo by The Canadian Press/Adrian Wyld
Previous story
Next story

An internal Defence Department report has warned that Canadian Armed Forces operations and security may be at risk due to major problems with how the military's computer networks are built and supported.

The report follows a review of the Defence Department’s information management and technology systems, which are described as “critical” to the success of Canadian military operations and training.

That review uncovered a patchwork of IT systems across the Defence Department and Armed Forces that was not only inefficient and expensive to maintain, but also often out-of-date and poorly supported.

The brunt of the report’s criticism is directed at the technical support provided to the military by another federal entity, Shared Services Canada, the agency that took over management of most federal networks in August 2011.

Nearly all defence and military officials who participated in the review were upset by the amount of time it took Shared Services to respond to requests for help, according to the report. In some instances, those delays harmed operations.

The report cited one instance in which an email server that went down during an unspecified domestic mission couldn’t be fixed right away because it was a weekend and Shared Services did not have staff on call.

The reviewers also found that a quarter of requests for assistance made to Shared Services remained unresolved after six months, and the agency did not have anybody in Europe to help the hundreds of Canadian troops posted there.

While the problems were partly attributed to a lack of appropriate IT resources and staff, the report also flagged the lack of an agreement between the Defence Department and Shared Services establishing clear expectations for network support.

Without such an agreement, the report, defence and military officials believed Shared Services not only didn't understand their needs but also wasn't required to respond quickly, “which led to putting clients at great risk on a number of fronts, including security.”

Delays in tech support weren’t the only point of contention between the Defence Department and Shared Services, with the latter upsetting the navy by requiring the removal of equipment that had increased bandwidth on warships.

Shared Services also stopped supporting some older intelligence systems while they were still being used by the air force, army and navy, according to the report recently published on the Defence Department website.

An internal Defence Department report warns #CAF operations and security may be at risk due to major problems with how the military's computer networks are built and supported. #CAF #IT #DND

Defence Department spokesman Daniel Le Bouthillier on Monday described the review as a "valuable tool" for improving IT support even as he defended the department's relationship with Shared Services Canada.

"We have a good working relationship with Shared Services Canada and the two departments continue to work collaboratively to ensure the appropriate and timely delivery of IT services to DND/CAF," he said.

"We are also reviewing our relationship with Shared Services Canada with a focus on improving the service delivery model to help better support the department and the Canadian Armed Forces."

The internal report also took aim at the military’s troubled procurement system, which was found to deliver IT equipment with inadequate or out-of-date technology. Poor planning was partly to blame but the report also blamed onerous levels of oversight.

While that oversight was described as the result of cost overruns and delays on past IT projects, the report said that it nonetheless created new problems in delivering modern equipment.

“The complex processes associated with the capital projects and procurement are very slow and cumbersome,” according to the report. “The process cannot keep up with the rate of change of technology.”

Those delays — and their potential impact on operations — were also cited as a major reason for why a patchwork of IT systems and programs now cover different parts of the Defence Department and military.

While that patchwork might serve the day-to-day needs of the military, it was also found to be inefficient and expensive.

To that end, the reviewers could not pinpoint exactly how much was being spent by the Defence Department and military on IT services and support every year, but estimated it at more than $700 million.

In response to the report, senior officials told reviewers that they were looking at ways to better calculate annual spending on IT and address the problems that have contributed to the creation of so many systems in the first place.