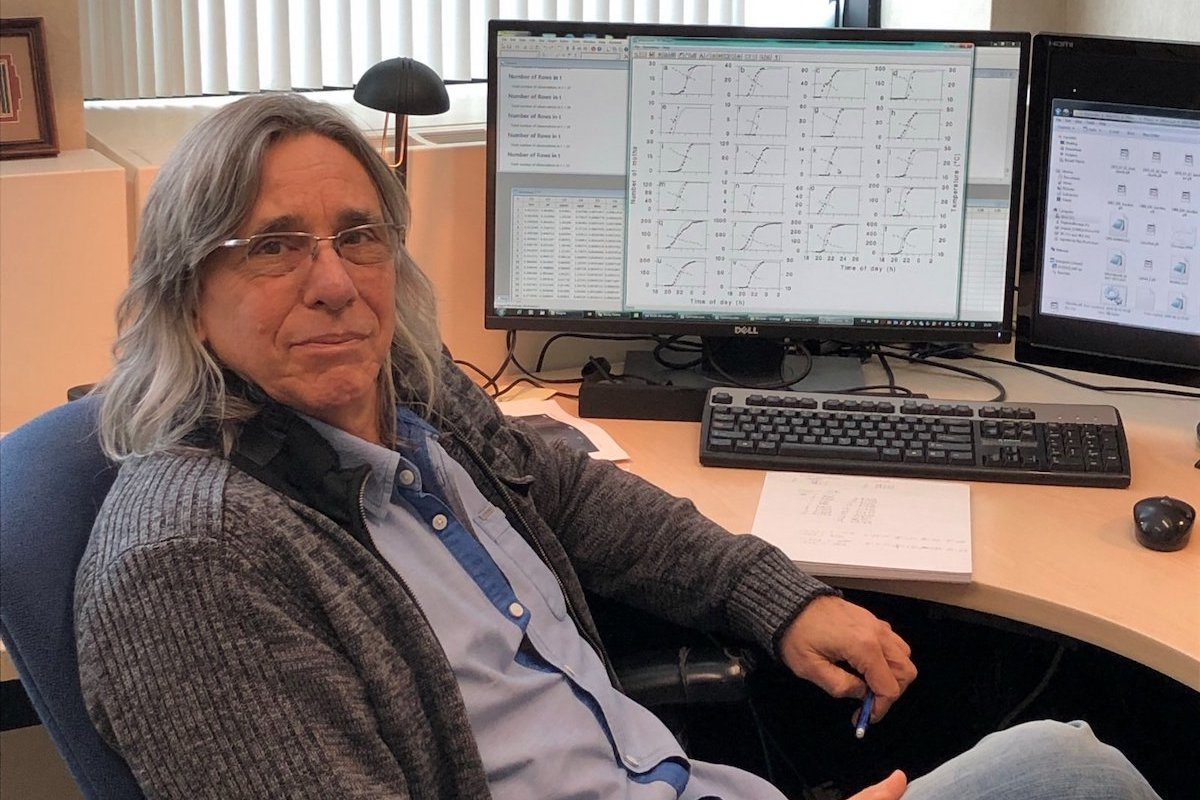 Over the last two years, millions of moths took to the skies above the cold waters of Atlantic Canada, flying a treacherous journey across the Gulf of St. Lawrence from sunset until dawn.

Flying downwind from Quebec to Newfoundland and Labrador, the moths were in the final stage of the life cycle of the eastern spruce budworm, an insect that slowly kills conifers by eating their foliage until the trees can no longer carry out photosynthesis.

Since 2018, the budworm population has gone from trace amounts in Canada’s easternmost province, to severe damage in some locations, the result of migratory moths travelling huge distances across open water and then laying eggs when they land.

Three species of budworm — the western spruce, the jack pine, and the eastern spruce — are causing havoc in Canada’s forests right now, with tens of millions of hectares affected, threatening the country’s natural carbon stocks.

“We can actually see them on radar,” said Jacques Régnière, a research scientist in insect population dynamics at the Laurentian Forestry Centre in Quebec, part of the Canadian Forest Service at Natural Resources Canada.

Outbreaks ‘expected to increase across Canada’

Scientists at Natural Resources Canada are tracking outbreaks of spruce budworm, an insect that kills conifers and is damaging millions of hectares of forest, with Doppler radar, following clouds of moths across the country as they spread their eggs.

The report states that “outbreaks of jack pine budworm and spruce budworm are expected to increase across Canada, affecting significant areas of the boreal forest, including areas in northern Canada where outbreaks of budworms have rarely been seen.”

Three years ago, the main outbreak of budworm was concentrated in Quebec. But the report indicates that, while the area damaged by spruce budworm has continued to increase in that province, Ontario and Manitoba have also experienced outbreaks of jack pine budworm.

The area disturbed by the eastern spruce budworm more than tripled between 2012 and 2018, going from under two million hectares to six million, the report shows. But the numbers have skyrocketed since then, said Régnière. In Quebec alone, the insect has now disturbed almost 14 million hectares as of last year, he said.

Provinces have come up with management programs, such as Newfoundland and Labrador’s Spruce Budworm Early Intervention Control Program, which it announced would be launched this past summer to protect forests on its Great Northern Peninsula.

Meanwhile, Quebec has deployed a “foliage production strategy,” said Régnière, where key forest stands are protected by spraying insecticide across those specific areas, amounting to about two to five per cent of the damaged area in a year.

Scientists note that the insect is not an invasive species: It comes from Canada and has co-evolved with the country’s forests. Budworms are cyclical in nature, coming and going in large waves that span many decades, going back at least to the last ice age.

This current cycle is not quite at the high point, Régnière said. Earlier waves, however, have not produced such massive outbreaks as Canada is seeing today. That’s because budworm are getting a lot more to eat.

One reason for this is the changing character of Canada’s forests over the last 150 years, from a more “heterogeneous patchwork” of stands of pine, old spruce and balsam fir, to more budworm-susceptible areas due to industrial activity.

Another factor is the climate emergency. Budworms are cold-blooded, meaning their body temperature is determined by the temperature of the surrounding environment. As climate change makes summers less cool, budworms can survive farther north, allowing the insects to damage black spruce in northern Quebec, for example.

By Clothilde Goujard | News | August 1st 2017
State Of The Animal