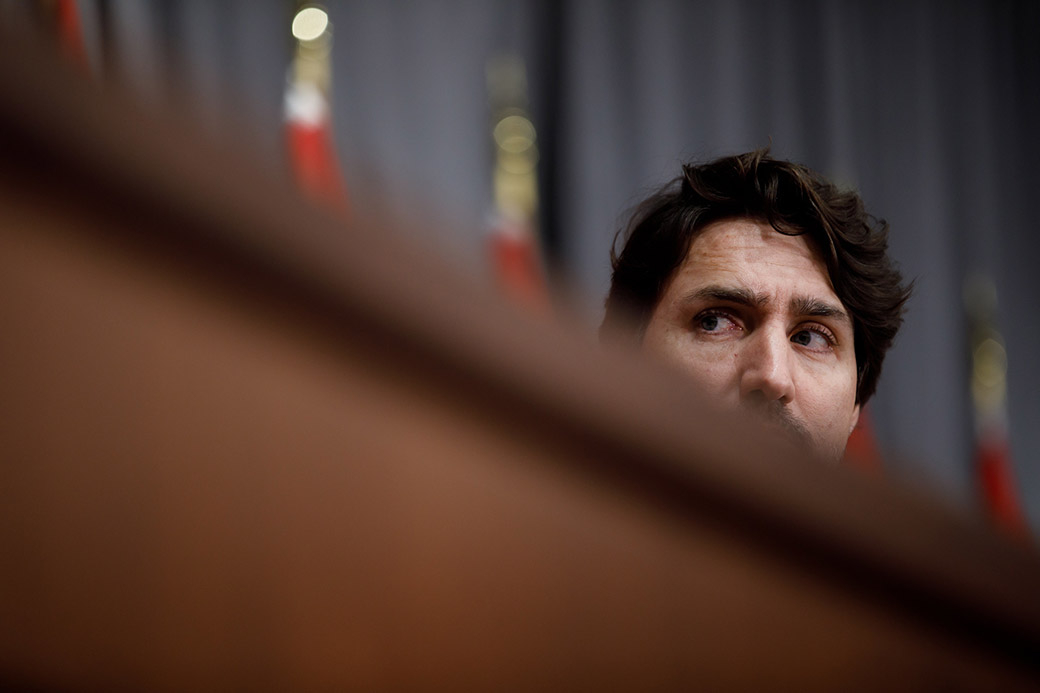 "No one should be vacationing abroad right now," said Prime Minister Justin Trudeau at a press conference on May 1, 2020 in Ottawa. Photo by Adam Scotti (PMO)
Previous story
Next story

Canadians returning from non-essential trips will no longer be able to claim the $1,000 COVID-19 sickness benefit, Prime Minister Justin Trudeau said Tuesday during his first address of 2021.

“We’ve been very clear: No one should be vacationing abroad right now,” Trudeau said.

This announcement comes as several federal and provincial politicians of all stripes — including two members of the Liberal caucus — are under fire for taking non-essential trips while Canadians are urged to stay home.

Trudeau reiterated that the Canada Recovery Sickness Benefit (CSRB) was intended to prevent employees who are sick from facing the consequences of staying home and missing a paycheque. It was not a way for people to “pay for their quarantines after having gone south for a two-week vacation.”

Trudeau said he has tasked ministers to “rapidly” fix this loophole. It’s unclear if changes to the CSRB, which was passed unanimously in the House of Commons with the support of all parties, can happen before Parliament resumes on Jan. 25.

The prime minister chastised politicians who travelled for breaking the sense of solidarity “that we are all in this together, that we're looking out for each other.”

“I was disappointed to find two of our caucus members who travelled, and ... there were consequences in them resigning from their committee roles. And that's why all Canadians were so disappointed to see so many examples of folks who should have known better,” Trudeau said.

Liberal MP Kamal Khera announced she is stepping down from her role as parliamentary secretary to International Development Minister Karina Gould after travelling to Seattle on Dec. 23 for a family memorial service.

Meanwhile, Liberal MP Sameer Zuberi is also stepping down from his committee roles after he went to Delaware on Dec. 18 to visit his wife’s sick grandfather.

Marc Tassé, a corporate ethics and financial crimes expert and University of Ottawa professor, says politicians who solely travelled for leisure and not to visit a sick family member made “unethical” choices and should fully resign instead of only being stripped of committee or ceremonial roles.

If this doesn’t happen, Tassé believes their choice to travel will have an impact come next election.

“People who elected you expect you to follow the rules and regulations that are in place,” Tassé said. “People might say: ‘When we were in COVID-19, you didn’t even care about us.’”

Tassé added the examples set by these politicians can be used as justification for other snowbirds who travelled over the holidays.

“People who went down south might say, ‘I didn’t do anything that bad because the politicians went anyway … this person thinks like me,’” Tassé said.

No data on Canadians who travelled abroad over the holidays is available yet, but the Canada Border Services Agency (CBSA) said it will release numbers next week.

Meanwhile, the federal government is putting in place additional screening measures for travellers. Starting Thursday, anyone attempting to return to Canada will be required to show a negative COVID-19 test.

This will be in addition to the mandatory 14-day quarantine.