The burning question: Is your wood stove actually green? 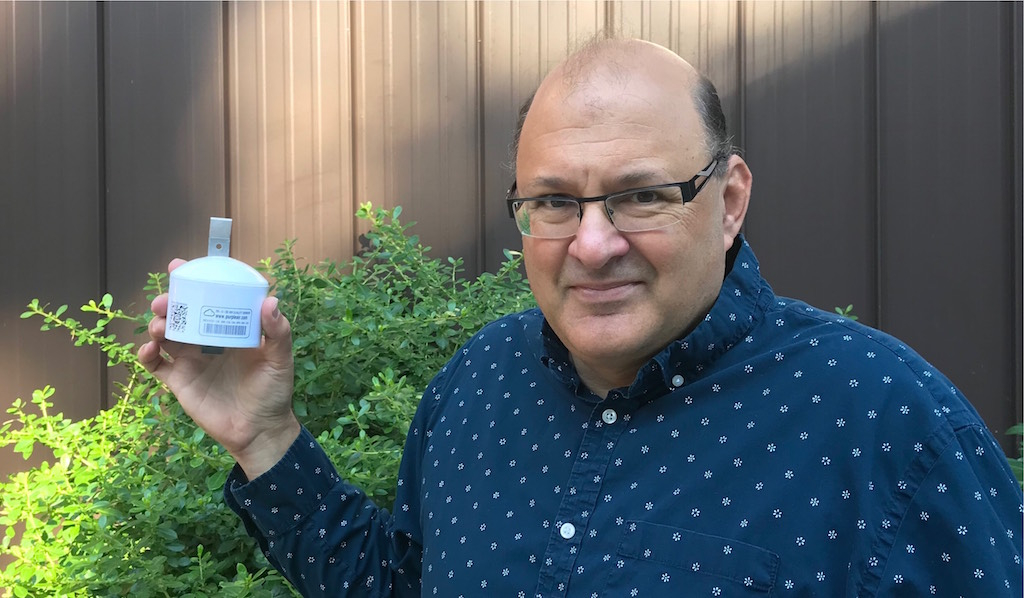 As far as climate change and human health are concerned, no wood stove is the best wood stove, according to some experts.

Yet, the myth persists that wood-burning as a residential heat source, particularly in rural areas or smaller communities, is natural and green, said Mehta, a specialist in environmental and health risk issues.

“The problem is there's been this false presentation of environmental performance as carbon neutral, when it's not,” Mehta said.

Proponents of burning wood as an energy source, particularly wood pellets, argue it’s a low-carbon fuel. The argument is that carbon released when trees are cut down and burned will be recaptured by new trees that grow in their place.

But recycling carbon with forests while burning wood is more complicated than presented, and it encourages people to use wood rather than switching to healthier and more sustainable heating methods, Mehta said.

It can be argued that burning wood is renewable, but that doesn’t mean it’s sustainable in terms of curbing climate change, he added.

“People seem to think that they can just harvest trees and burn them and it's a wash,” Mehta said.

“But, we’ll never be able to get at climate change in time if we think that way.”

Burning wood releases carbon immediately, but it takes upwards of 40 years for a tree to start capturing any significant amount of carbon, he said.

“People seem to think that they can just harvest trees and burn them, and it's a wash, but we’ll never be able to get at climate change in time if we think that way,” says university professor Michael Mehta, disputing wood stoves are carbon neutral.

Yet in the short term, all the atmospheric carbon will continue to accelerate climate change, already an urgent problem.

“The second problem is when you burn wood from trees, you release a very potent short-lived climate pollutant called black carbon,” Mehta said.

In essence soot, black carbon is a component of fine particulates (PM2.5) emitted during wood burning that contribute to air pollution and are of particular concern to human health.

Black carbon from wood stoves can travel long distances and has a climate-warming effect, Mehta said.

The material absorbs sunlight in the atmosphere and heats it surroundings, he said. And if deposited on ice or snow, it reduces the materials’ ability to reflect sunlight, increasing glacial melting and accelerating global warming, he added.

Rather than using a wood stove, people would do more for the environment and their own health, and that of their neighbours, by switching to other heating options, said Mehta.

The B.C. government funds a wood stove exchange program in conjunction with a number of municipalities and regional districts that offers rebates to replace older, dirty wood stoves with new and cleaner sources of heat, such as electric heat pumps, gas or pellet stoves, or cleaner-burning emission-certified wood stoves.

The annual program has helped replace about 9,000 old stoves with cleaner options since its inception in 2008.

Homes in “red zone” communities, where the fine particulate pollution exceeds federal air-quality standards, may be eligible for $500.

However, Mehta is concerned the program still provides the option of substituting one wood stove for another, regardless of the fact it’s certified and releases fewer emissions.

“It gives people the impression that their new wood stove is so clean that they can burn with impunity whenever they want and whatever they want,” he said.

Wood stoves still have value as a secondary heat source in rural or isolated communities during extended power outages, Mehta said, but fundamentally, there are better heating technologies available.

“For everyday use, an electric heat pump, or mini-split heat pump, is the best technology,” he said.

“It's a technology that's been around for decades. There are tens of millions of them deployed around the world.”

Markus Kellerhals, a senior air quality science officer for B.C.'s Ministry of Environment and Climate Change Strategy, said the intent of the wood stove exchange program is to encourage people to switch out their wood stove for alternative heating methods.

“That’s reflected in the (financial) incentives offered by the program,” Kellerhals said.

In terms of air quality and health impacts, there is no minimum safe level of particulate emissions from wood stoves, he said.

“But on the other side of the coin, if someone with a dirty wood-burning appliance replaces it with a cleaner-burning stove, it won’t eliminate emissions, but it will significantly reduce them,” Kellerhals said.

And, for some lower-income households, the higher investment options — such as a heat pump, which can range in the thousands of dollars — aren’t viable options, he said.

“There’s a proportion of the population where heating a house in winter is a significant financial burden and who can't obtain cheap or free wood,” Kellerhals said.

“And those people are going to be less likely to switch to a heat pump, or any gas infrastructure either.”

Many people who own their own homes and use wood as a primary heat source have sufficient capital to cover the higher initial cost of a heat pump, especially when factoring in the energy savings that follow and taking advantage of rebates offered by BC Hydro, Mehta said.

And there are often significant economic costs associated with heating with wood, he said

Some residents with large forested properties, or who live in isolated areas, may have ready access to free or low-cost wood, but many households using the stoves as the primary heat source purchase wood, Mehta said.

Over the course of history, people moved away from burning wood due to the threat to human health and because it was an inferior heating method, he added.

“And now ... people are moving back to burning wood, which has the lowest energy density and is the highest polluting source of energy that you could have in your home.”

We built our rural NE Ontario

We built our rural NE Ontario home over 33 years ago. We put in a serious wood stove in the basement, which can heat the whole house, and a small air-tight upstairs, for desperately cold mornings.

Several years later, we replaced the old stove with one that's EPA approved, to lower the environmental impact.

The heating alternatives here are oil, gas, electric. All of which seemed to us to be much more perilous than wood, a renewable resource.

There is no duct or other circulation system in our house. Switching to another heat source would require the installation of one.

I've been looking, for the last couple of years, for a better alternative to wood, without success.

I would very much appreciate additional coverage of this issue, with alternatives discussed.

It's disappointing that this

It's disappointing that this article simply says "No" - your wood stove isn't green. This fails to differentiate among different types of wood stoves. EPA certified wood stoves and pellet stoves are much better than uncertified stoves - combustion efficiency is the main factor affecting emissions and automatically operated appliances provide the most effective combustion. Wood fireplaces are highly inefficient and should be banned. The following paper http://woodheat.server296.com/attachments/article/hpawma.pdf provides a more balanced comparison of wood and other heating fuels.

Thanks for sharing that paper

Thanks for sharing that paper, Ole; good reading. The paper's note that "... electricity is
not a primary source of power and it is in turn is produced principally by fossil fuel combustion..." is not at all true in Ontario -- we decommissioned our last such plant about a decade ago. The paper was presented in 1998 when Ontario had six plants generating electricity from fossil fuels, so at least that aspect of the overall picture may have changed somewhat in the twenty years since the paper was presented.

"..many households using the

"..many households using the stoves as the primary heat source purchase wood, Mehta said. That can cost as much as $1,800 or more in the winter, he said."

For reference the electricity to supplement our geothermal furnace costs us more than that every winter. That is with Ontario's cap on the price of electricity. Perhaps Dr. Mehta is focussing on BC or overall Canadian statistics which are highly skewed towards our major cities near Canada's southern border; in rural Ontario electricity and the electricians with the government certification to install those systems are stupid expensive, and government support programs can disserve homeowners. For example the windows replacement program requires demolishing the windows back to the bare brick and the few contractors approved by the government jack up their prices so that the supported solution is still several times more expensive to implement (after receiving the government support) than double-glazed argon-filled sealed windows (which are only a couple percent less efficient than those of the government program). The devil is in the detaiils.