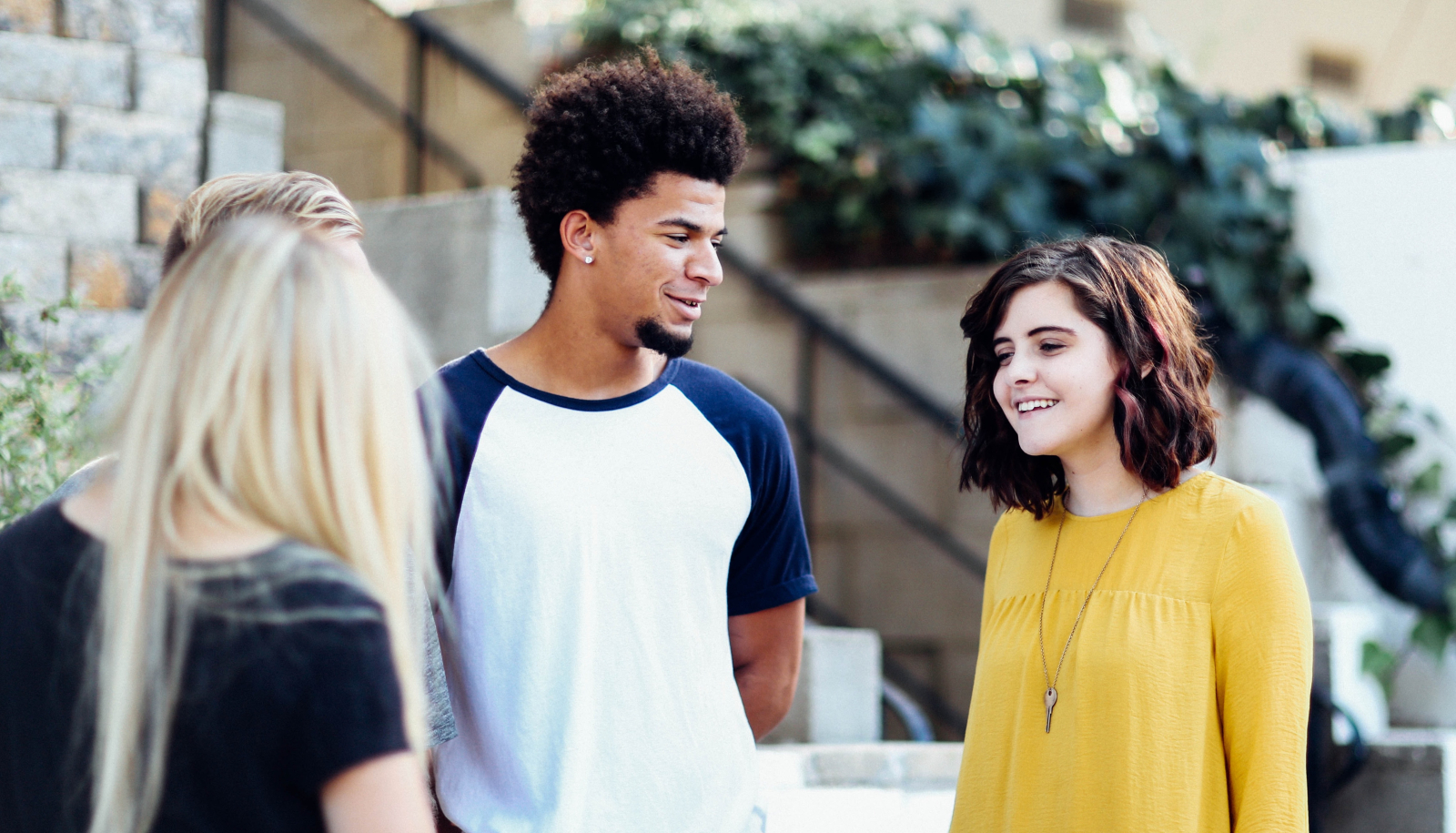 Young people in Ontario, unable to meet in person because of the pandemic, are finding new ways to connect. Photo by Alexis Brown on Unsplash
Previous story
Next story

The mental health challenges affecting young people have evolved as the COVID-19 pandemic has dragged on, an expert says, and so have the ways they are dealing with them.

Teens and young adults seeking help are finding one-on-one clinical counselling via video call less useful due to concerns about privacy in shared living spaces and the intensity of such interactions, according to Dr. Joanna Henderson, the executive director of Youth Wellness Hubs Ontario.

But they are also coming up with new ways to connect and communicate about how extended public health restrictions and other stressors are making them feel, and doing something to ease the burden on others.

A two-hour drive north of Toronto, youth at one of the 10 hubs scattered across Ontario saw food insecurity as an issue among their peers and proposed and delivered on food distribution and a communal online cooking class.

“They were learning about cooking, they were experiencing belonging and that sense of connectedness, they were perhaps providing food for their family,” Henderson said of the youth involved at the North Simcoe site. “That's not the same as doing therapy, but that sure is something that's likely to have a positive mental health effect.”

The same site is also hosting an online video series called The Red Couch, where speakers — including youth with lived experience, peer support workers, and clinicians — talk about coping mechanisms.

Meanwhile in central Toronto, a regular Friday evening event for LGBTQ+ youth migrated online, as has an engagement with Indigenous elders in Kenora, which Henderson acknowledged “is definitely different to how it’s usually delivered.”

Henderson says these and other examples show that definitions of mental health help can expand beyond the narrow, clinical definition of expert-to-patient counselling.

“Over the last six months, our youth have shown us the value, even youth who are presenting with mental health concerns, they’re showing us their interest ... they're telling us it works using this broader definition of mental health services,” she said.

“Young people talk about the value of asynchronous communication and texting about things that are hard for them to talk about because it allows them to take more time to respond and to respond at the time that is right for them, and also ... because it’s more private.”

One in five young people in Ontario will experience mental health difficulties before reaching adulthood, according to the Canadian Mental Health Association, and Henderson said only a third of them will get help.

Research on the impact the pandemic is having on youth mental health unsurprisingly shows that young people were doing better in the summer, but that challenges have re-emerged with rising COVID-19 cases, colder weather, and the return to school, Henderson said.

Since moving online, the hubs are also engaged with a rising number of males aged 16 to 21 presenting with mood and anxiety issues, she said.

“We know that young men in that age range have probably not been well-served by our existing services,” she said, noting they were previously largely focused on behavioural issues. “It looks like our virtual services, and it really is early days, but they might be reaching some of those young men in ways that we haven't typically been able to do.”

Young people have also been adamant that services should be better focused on reaching Black and Indigenous youth, who are both more likely to experience mental health challenges and less able to access help, said Henderson, noting that the health-care system hasn’t done a good job of tracking needs by race or ethnicity.

“Young people have amazing ideas, they have passion, they are highly competent,” she said. “They're innovative, they're creative, (and) they aren't necessarily aware of all of the challenges that might come along with it, so they can say ideas that might lead us in directions we hadn't thought of going, and challenge us to go.”