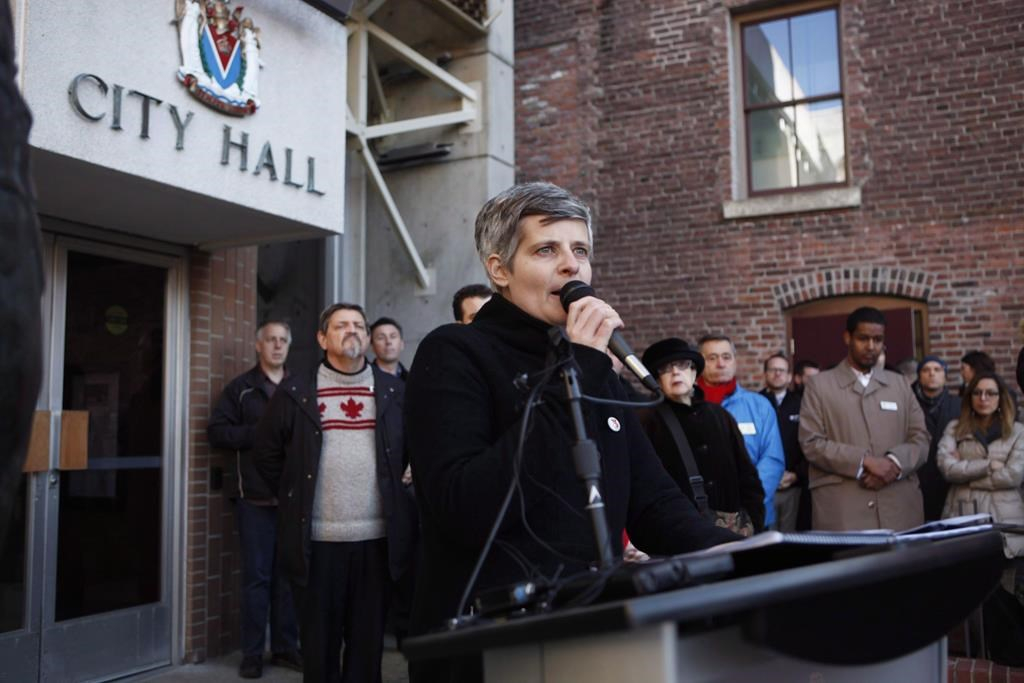 Mayor Lisa Helps speaks during a vigil in Victoria on January 31, 2017. File photo by The Canadian Press/Chad Hipolito
Previous story
Next story

Victoria Mayor Lisa Helps delivered a rebuke to a city council member who travelled to Somalia while many stayed home during the holiday season to prevent the spread of COVID-19.

Helps said Wednesday she spoke with Coun. Sharmarke Dubow about his recent trip to East Africa and his childhood home in Somalia, telling him the visit was "irresponsible," particularly as public health officials are advising against travel during the ongoing pandemic.

"With so many Victorians making sacrifices this past year to pull together as a community to stop the spread of COVID-19, Coun. Dubow's decision to travel internationally was both disappointing and irresponsible," she said at a news conference.

"As community leaders, we should be held to a higher standard," said Helps. "We should be exemplary role models, following the very clear public health advice that we've all received. There cannot be two sets of expectations: one for the public and one for elected officials."

"On matters such as these, Coun. Dubow answers to the public, not the council, and ultimately the next steps are left in his hands," said Helps, adding that Dubow told her he will not resign.

Dubow could not be reached for comment Wednesday, but he posted an apology Tuesday on his Twitter account for his "poor choice" to travel outside of Canada during the holidays.

He said he is in quarantine for two weeks at a Vancouver hotel after travelling to Somalia for the first time since he fled during the civil war in the country as a refugee in 1992.

"I acknowledge that I showed poor judgment by not leading by example in this case," he said on Twitter. "I understand that many people made the difficult decision not to visit their families over the past number of months. I know now that I should have made the same decision."

Dubow said he was committed to "doing better and working harder for all residents of Victoria."

Dubow was elected to city council in 2018, when he voted for the first time in his life after becoming a Canadian citizen.

Victoria Mayor Lisa Helps rebuked a city councillor who travelled to #Somalia while many stayed home during the holiday season to prevent the spread of #COVID19. #VictoriaBC

He said in an earlier interview he was eight years old when his mother placed him and his sister on a boat fleeing strife in Somalia.

He said he crossed the Indian Ocean by moonlight and landed in Mombasa, Kenya, where he lived in a tent in a refugee camp for five years.

Dubow said his life as a refugee influenced him to become a human rights advocate and he came to Canada to take a job at the Victoria Immigrant and Refugee Centre Society.

Travel by Canadian politicians over the holidays has prompted resignations and tongue lashings by leaders.

Rod Phillips resigned as Ontario's finance minister for his trip to St. Barts last month and Tracy Allard resigned as Alberta's minister of municipal affairs after travelling to Hawaii.