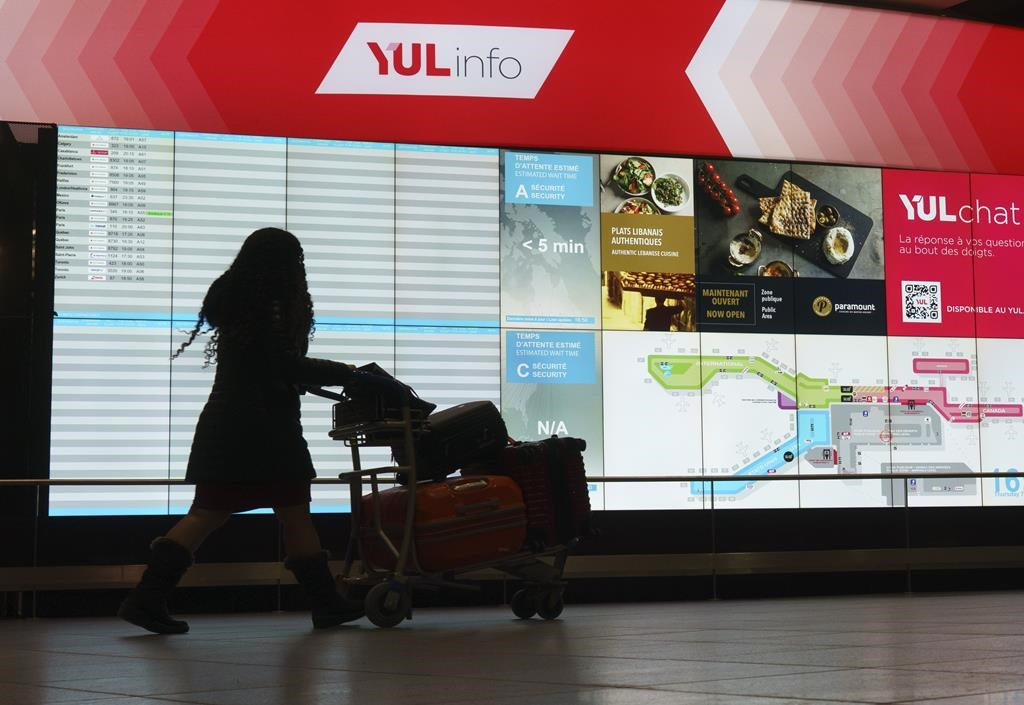 A passenger makes her way through Montreal Trudeau Airport in Montreal, on Thursday, Jan. 7, 2021. File photo by The Canadian Press/Paul Chiasson
Previous story
Next story

The federal government has ordered that anyone applying for COVID-19 benefits will need to report whether they have recently travelled outside of the country — though it isn’t clear how it will catch and penalize any cheaters.

The government announced the new requirement Monday following an uproar over the possibility that some people might apply for the Canada Recovery Sickness Benefit after having engaged in non-essential travel outside the country.

The benefit pays $500 per week for up to two weeks for anyone required to quarantine because of COVID-19. The government says it was intended to help workers who might have been exposed to the illness and whose employers do not offer paid sick leave.

Canadians who have travelled will see the processing of their applications delayed until new legislation taking aim at non-essential travellers can be adopted, according to the government.

“We have heard Canadians and are tightening the eligibility criteria for our COVID recovery benefits,” Employment Minister Carla Qualtrough said in a statement.

“We will ensure that these measures have no unintended consequences and will target individuals who travel for discretionary and non-essential purposes. This is not the time to travel abroad.”

The government did not say how it plans to identify people who have travelled but fail to tell the government when they apply for any of the benefits, nor did it reveal what penalties would apply to those who don't self-report their travel.

Qualtrough’s office did not immediately respond to questions on Monday.

Concerns about the sick-leave benefit were first raised earlier this month by Bloc Québécois Leader Yves-François Blanchet, who said it was “absurd in most cases” that anyone with the means to leave the country would need government support to quarantine.

Bloc House leader Alain Therrien in a statement on Monday welcomed the change, but questioned why it will only apply to claims made after Jan. 3.

"Non-essential travel has taken place long before and has been on the government's radar since December," Therrien said in French.

Federal NDP employment critic Daniel Blaikie said his party supports the government's decision to amend the sick-leave benefit, which New Democrats would like to see permanently adopted and not simply in place during COVID-19.

"The government still needs to act further and ban all non-essential international travel," Blaikie added. "People will continue to travel until it is banned and they will now have less incentive to stay home from work, putting those around them at risk."

The debate over what to do with the sick-leave benefit coincided with revelations that some federal and provincial politicians ignored their own government’s advice and engaged in non-essential travel abroad during the holidays.

Those included Rod Phillips, who resigned as Ontario’s finance minister after a holiday trip to the Caribbean exploded in controversy, as well as a number of Alberta MLAs and political staffers. Premier Jason Kenney initially declined to punish them, but then said he had heard from Albertans that there needed to be more consequences.

Several Liberal and Conservative members of Parliament as well as one NDP MP were also forced to give up their parliamentary duties after it was revealed they had travelled over the holidays.

Backlash comes for Alberta politicians who travelled abroad, including Kenney's chief of staff