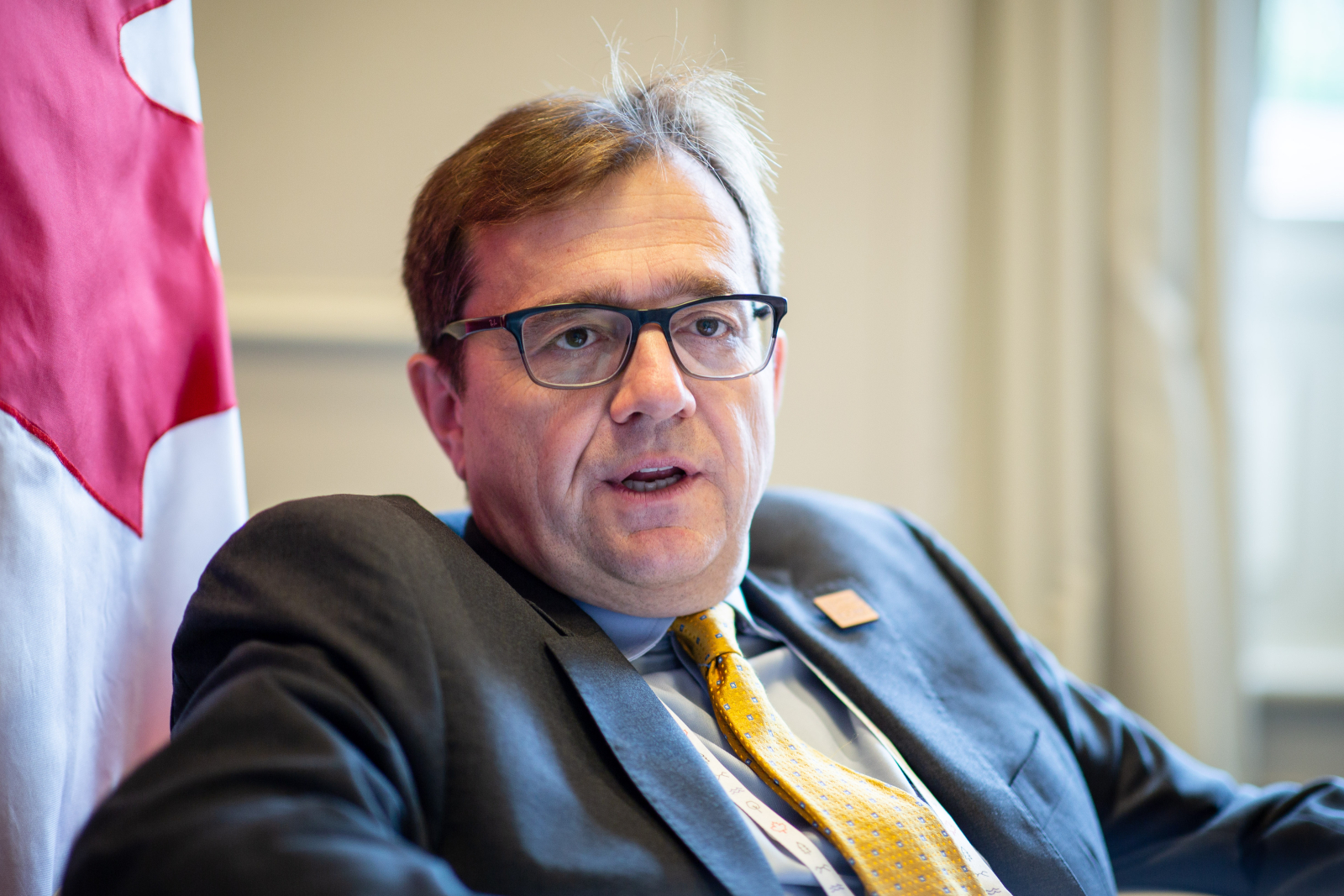 Wilkinson made the announcement Tuesday at a press conference on behalf of Natural Resources Minister Seamus O’Regan.

The Metro Vancouver LC3 Centre is being established by SFU's Renewable Cities program but will operate as a new non-profit organization. The university was chosen by the City of Vancouver, the Metro Vancouver Regional District, and the Federation of Canadian Municipalities (FCM).

“Many promising urban low-carbon solutions fail to make it from proven concept to implementation due to a whole range of different factors, including difficulty accessing capital and markets, risk aversion and policy barriers,” Wilkinson said. “SFU’s new urban climate centre will help overcome these barriers.”

The centre will be one of seven Low Carbon Cities Canada (LC3) innovation centres pledged to help Canada achieve its 2030 and 2050 carbon emissions reduction goals.

The endowment for the Metro Vancouver LC3 Centre is part of a $183-million initiative called Low Carbon Cities Canada, which was promised by former finance minister Bill Morneau.

“Canada cannot reach its climate targets without reducing emissions from its cities, where over half of Canada’s carbon emissions originate from sources such as buildings, transportation, industry and waste,” Wilkinson said.

The aim of the centre will be to “tap local ideas, drive community action and accelerate the urban climate change solutions that we need,” Wilkinson said, which includes scaling up local climate solutions, such as building retrofits and electrification of transportation.

Wilkinson noted Tuesday’s announcement is “very much about a better future” for students and other youth “disproportionately impacted by the pandemic.”

While Wilkinson said this particular project won't create a lot of jobs in the near future, it will create “good local jobs” in the long run by “catalyzing initial work and demonstrations.”

However, Boston noted this isn’t only about new jobs. “This is about equipping people who are in the workforce today with the skills and the knowledge they need to do something in a different way,” Boston said.

He said projects such as Vancouver’s Zero Emissions Building Exchange, an information hub that works closely with the private and public sectors, will be integrated into this SFU institution.

The Metro Vancouver LC3 Centre is slated to launch in September.

This story has been corrected to reflect the new climate change centre will operate as a non-profit organization.

Canada's first climate centre will be in Toronto