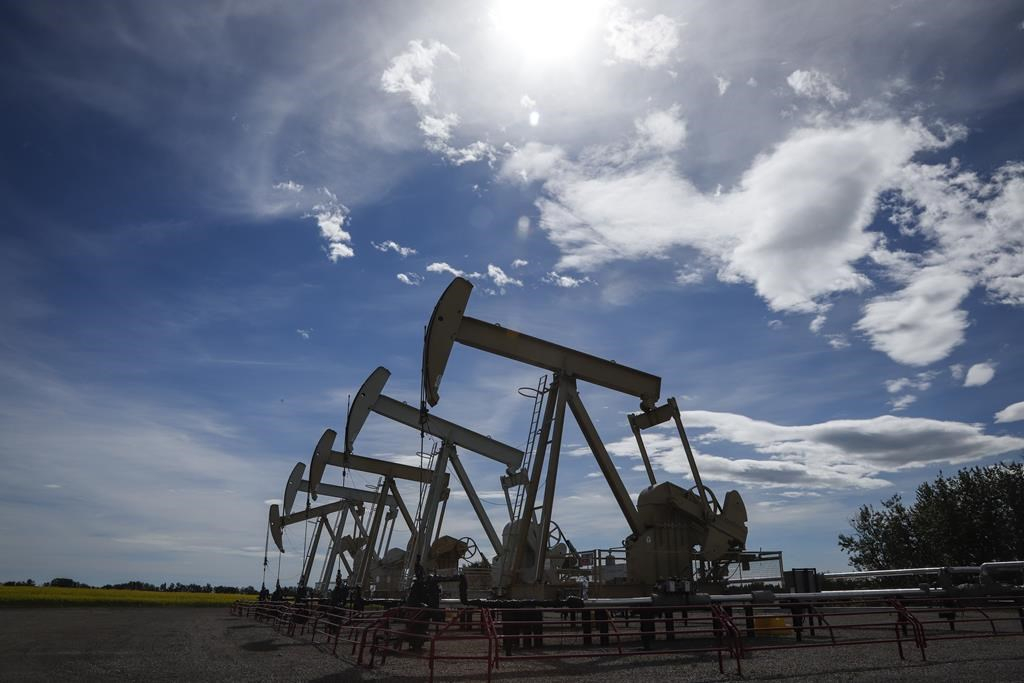 Pumpjacks draw oil out of the ground near Olds, Alta., Thursday, July 16, 2020. THE CANADIAN PRESS/Jeff McIntosh
Previous story
Next story

CALGARY — A forecast calling for a modest increase in capital spending in the Canadian oilpatch this year after a tumultuous 2020 of budget slashing is being hailed as a sign of better times ahead for the industry.

Capital spending by oil and gas companies in Canada in this year is expected to rise by $3.36 billion compared with 2020, the Canadian Association of Petroleum Producers said Wednesday.

The association said the 14 per cent increase in its members’ spending intentions to about $27.3 billion this year compared with total investment of about $24 billion in 2020.

""A more than three−billion−dollar increase in planned upstream natural gas and oil spending signals that producers are invested in Canada’s economic recovery," CAPP CEO Tim McMillan said in a statement.

"With some hard work, we can build momentum from this positive news, and position Canada for success as economies around the world recover."

In June, CAPP estimated 2020 spending would be $23.3 billion, a downward revision from its January 2020 forecast of about $37 billion, thanks to budget cuts to cope with lower oil prices from an international price war and lower demand due to measures taken to control the COVID−19 pandemic.

Spending in the sector has been trending lower since 2014 when investment reached $81 billion.

Most of the additional spending this year is forecast for Alberta and British Columbia, while numbers in Saskatchewan show modest improvement and offshore investment in Atlantic Canada is expected to remain stable compared with 2020.

“We recognize that this past year has been difficult for so many in our industry, with companies needing to find efficiencies and realign their operations," Alberta Energy Minister Sonya Savage said in a statement.

“However, today’s news mirrors the considerable optimism we have recently seen in Alberta through increased drilling, rig counts and upstream development — all of which will drive jobs, revenues and further investment in our province."

"A more than three−billion−dollar increase in planned upstream natural gas and oil spending signals that producers are invested in Canada’s economic recovery," CAPP CEO Tim McMillan said in a statement.

CAPP estimates conventional oil and natural gas capital spending will be $20 billion, up from an estimated $17.2 billion last year, while spending in the oilsands will grow to $7.3 billion, up from $6.7 billion.