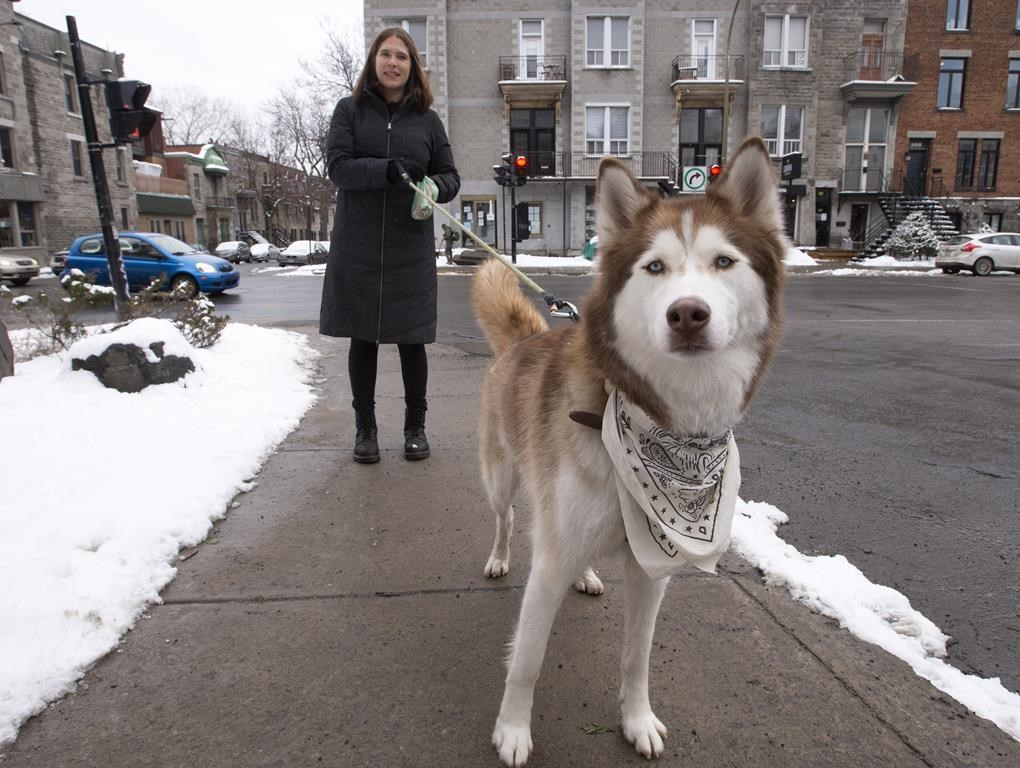 When the Quebec government announced it was imposing an 8 p.m. to 5 a.m. curfew to limit the spread of COVID-19, Ita Skoblinski posted a tongue-in-cheek message to her local community Facebook group, offering to let people borrow her dog for late-night walks.

The Montreal woman saw the message as an excuse to post a cute picture of her husky, Waylon, and poke a little fun at the curfew, which includes an exception for people walking dogs within a kilometre of their homes. But to Skoblinki's surprise, she received serious responses.

"People sent me kind of long messages about themselves, saying they would love to take the dog out," she said in a phone interview.

While she found the messages "very sweet," Skoblinski was quick to clarify that she'd been joking.

Some rescue organizations report COVID-19 led to a surge in demand for pets, as people moved to working from home and found they had more time and energy for a new companion. Animatch, a Montreal-based dog adoption service, wrote on its website that it received 7,500 applications last year compared to 3,500 in 2019, leading to its first-ever dog shortage.

But the curfew that took effect Saturday night in Quebec and its exception for dog walkers has added a new twist. Several ads for dog rentals — presumably jokes or hoaxes — have sprung up on sites such as Kijiji and have been widely shared on social media, as have posts like Skoblinski's.

And in Sherbrooke, Que., a woman who was walking her husband on a leash was fined for violating curfew rules — despite protesting they deserved to fall under the dog-walking exemption, according to media outlet La Tribune.

Elise Desaulniers, the executive director of the SPCA, says the idea of people adopting dogs just to go walking makes for "lots of funny memes on the web," but she hasn't heard of it happening in real life.

But while it's hard to measure if there was an increased demand for pets last year because of changes to how the process happens, she says it certainly seemed like "a lot of people" were looking to adopt in 2020 due to decreased travel and more time at home.

Skoblinski completely understands why people would want to spend time with animals during the pandemic. She says Waylon, who has his own TikTok account and has been featured on singer Waylon Jennings' Instagram, has been a great addition to the family.

Dogs bring owners joy and a reason to be out at night during #Quebec's #curfew. #Covid19 #Pets #dogs

However, she doesn't believe getting to walk him after 8 p.m. is such a treat. She said it feels "creepy" to walk after curfew when the streets are deserted, so she usually gets her dog's exercise done earlier.

On Tuesday afternoon at a dog park in Montreal's Pointe-St-Charles neighbourhood, several dog owners said they were relieved the rules contain an exception for their pets.

Walking his dog at night with nobody around is "special," said Simon Vadeboncoeur, as he watched his dog Norton wrestle with another dog in the snow. "You walk and you see no one, and no sound, it's very calm," he said. But he said he wouldn't walk more often just to get outside after curfew.

Pavlina Aubin, there with her one-year old dog Blaki, said she didn't feel as safe without other people around.

"It's a little stressful," she said. "There aren't a lot of people outside, and even though I love my neighbourhood, there are some areas that are less reassuring."

Aubin said that while she didn't adopt her dog because of COVID-19, the joy he's brought her has helped her to get through the difficult last year — a sentiment echoed by several other owners.

But she worries some people who want to adopt dogs during the pandemic don't understand how much work is involved.

Desaulniers, the head of the SPCA, says some people who bought puppies online may not have done their full research, and she fears the animals may later end up in shelters. She suggests that people looking for a new pet should be patient, go through reputable rescue organizations and be open to adopting older animals.

"Adopting during COVID is not a bad thing, but you have to realize the animal will be with you for a long time," she said.

This report by The Canadian Press was first published Jan. 13, 2021