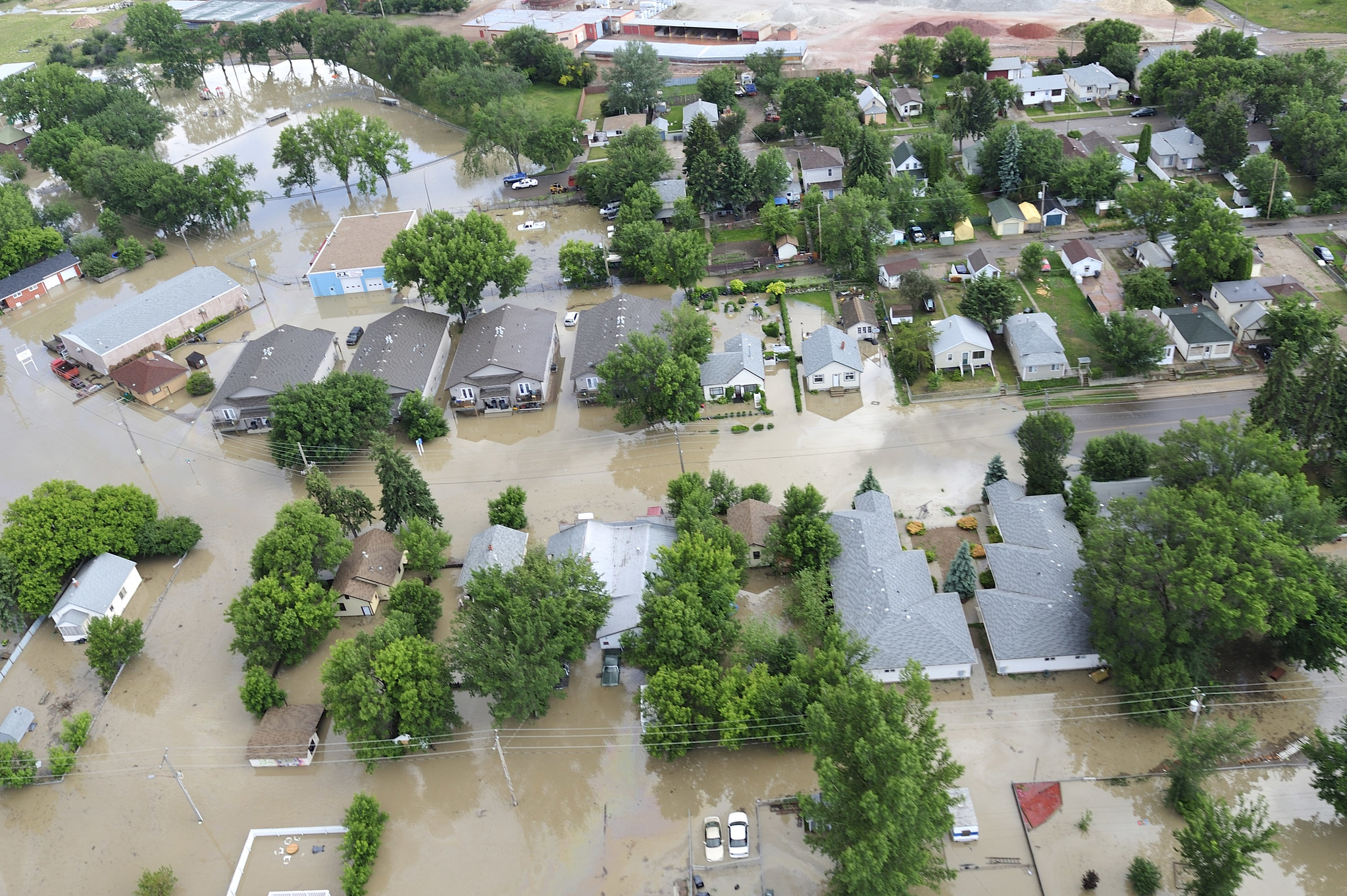 Medicine Hat, Alta., during the floods in the southern part of that province in 2013. Photo by Master Cpl. Patrick Blanchard/DND
Previous story
Next story

Canada’s three Prairie provinces are particularly vulnerable to the climate crisis, and now their governments are helping make climate data more accessible, according to the head of a new non-profit.

Jane Hilderman is executive director of ClimateWest, an organization that launched Tuesday aiming to make data on climate change accessible to municipal planners, land use planners, and other institutional-level groups in the Prairies.

Hilderman said all three provinces helped with the startup, as well as the federal government and other organizations.

“I know climate can be a divisive topic,” she said in an interview. “There is a strong consensus on the need to do this work. Hopefully, if we do it well, by investing today, you are going to save both hardship and public dollars down the road.”

ClimateWest will be part of a network of climate change information hubs across the country, such as Ouranos in Quebec and the Pacific Climate Impacts Consortium in British Columbia.

In addition, the governments of Saskatchewan and Manitoba are making in-kind contributions, she said.

The organization plans to offer training, as well as a public help desk of sorts to answer questions about climate information. To do so, it will be drawing on experts from the Prairie Climate Centre at the University of Winnipeg, the Prairie Adaptation Research Collaborative at the University of Regina, and the International Institute for Sustainable Development in Winnipeg.

“I call it the constituency office: Bring us a problem, and hopefully we can help you move things along for your organization in terms of its use of climate information,” said Hilderman.

The Prairies have had the “strongest warming to date” across southern Canada, in particular during the winter, according to a report from Natural Resources Canada.

Canada’s three Prairie provinces are particularly vulnerable to the #climate crisis, and now their governments are helping make climate data more accessible, according to the head of a new non-profit.

One reason is because the Prairies experience large seasonal swings in weather, and will often depart from regular conditions, for example, experiencing droughts or floods.

These swings will get more dramatic. Scientists expect the Prairie provinces to be much warmer and wetter in winters and springs, with higher highs and more intense rains.

These include the $3.9-billion Fort McMurray wildfire in 2016, the $1.7-billion southern Alberta flood in 2013, and a Calgary hailstorm last year that caused $1.2 billion in damage.

One area where Hilderman said she anticipates some demand is in the private sector, as more and more businesses look for the climate-related risks facing their assets or operations.

While the conversation around climate-risk disclosure has so far happened largely at the level of the Bank of Canada, as well as with large pension funds and investment funds, that is now changing.

The supplementary mandate letter issued by Prime Minister Justin Trudeau to Treasury Board President Jean-Yves Duclos on Jan. 15, for example, orders him to “apply a climate lens to all government decision-making.”

“It’s going to continue to percolate through the economy as climate becomes a benchmark, or lens, through which decisions get made,” said Hilderman.

Using the cost of a weather

Using the cost of a weather event is not a clear indication of the intensity of the event. The price of a house in 1983 compared to now is dramatically less and the change in population and the number of houses in the same area of the same size and intensity of event is more, therefore the cost today is significantly higher for the same size event. Even using equal dollar values does account for the difference in population. Most flooding events occur in natural flood plains that may not have flooded for a very long time but they are definite flood plains.

I'm sorry, I don't get your

I'm sorry, I don't get your point. Could you please lay out the part I'm supposed to understand from adding your info to the article??

When governments control information about climate change, we are all at risk. This new thing is government funded. I would hope that there is some way to ensure that governments involved cannot over ride information with their propaganda (ie: Kenney’s war room). Otherwise it is a waste of taxpayer money.