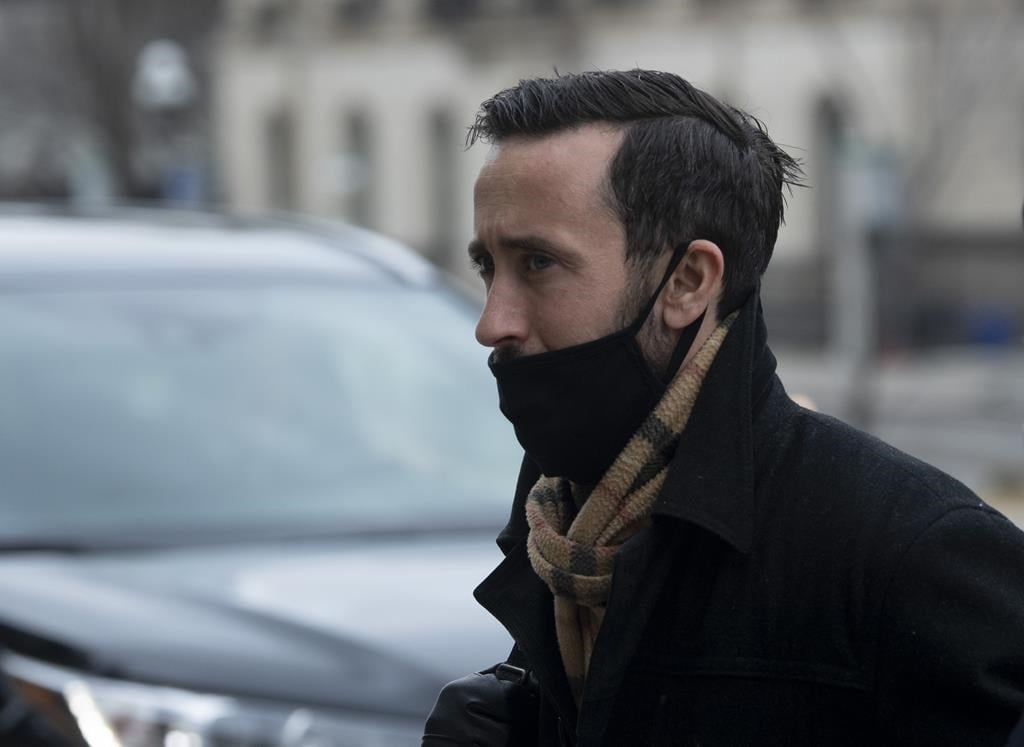 Sloan says a decision by leader Erin O'Toole that he should be tossed out over a donation to his leadership campaign by a known white supremacist is ridiculous.

O'Toole framed the decision as being a question of having no tolerance for racism within his party.

But Sloan is raising questions about that approach, saying Fromm is a party member and that fact would have previously been known both to O'Toole and to the party itself.

Sloan generated controversy during the leadership campaign for his aggressively social conservative views, and his presence in caucus has been polarizing ever since.

He had survived a bid to oust him during the leadership race itself, when comments he made about the country's chief public health officer saw him accused of racism, a charge he denied.

At that time, O'Toole refused to support an effort to expel him.

Sloan said in an interview with The Canadian Press that O'Toole ran a leadership campaign on fighting cancel culture and "promoting a big tent version of the Conservative Party."

"And I hope that he has not jettisoned that in favour of perceived short-term political gain," Sloan said.

To kick out one of their own, 20 per cent of Conservative MPs — 24 of the party's current 121 MPs — must sign in writing a notice seeking a review of Sloan's membership in the caucus.

The matter must then be put to a vote by secret ballot and a majority of MPs must support expulsion.

O'Toole said in a statement late Monday he wants the vote to take place as swiftly as possible.

The party's caucus is set to meet Thursday and Friday to plot strategy for the upcoming parliamentary sitting but the vote is likely to take place before then.

Several MPs mused privately late Monday there are concerns O'Toole's move sets a high bar for what's considered an offence so severe as to be kicked out of caucus.

Others appeared to welcome the move, sharing O'Toole's statement on social media.

Late Monday, Sloan said he'd yet to speak to any of his fellow caucus members to assess how they'll vote.

But he told his supporters he intended to put his all behind a fight to remain.

"I'm not going down into the night quietly, he said.

"So they've picked a fight with the wrong person."